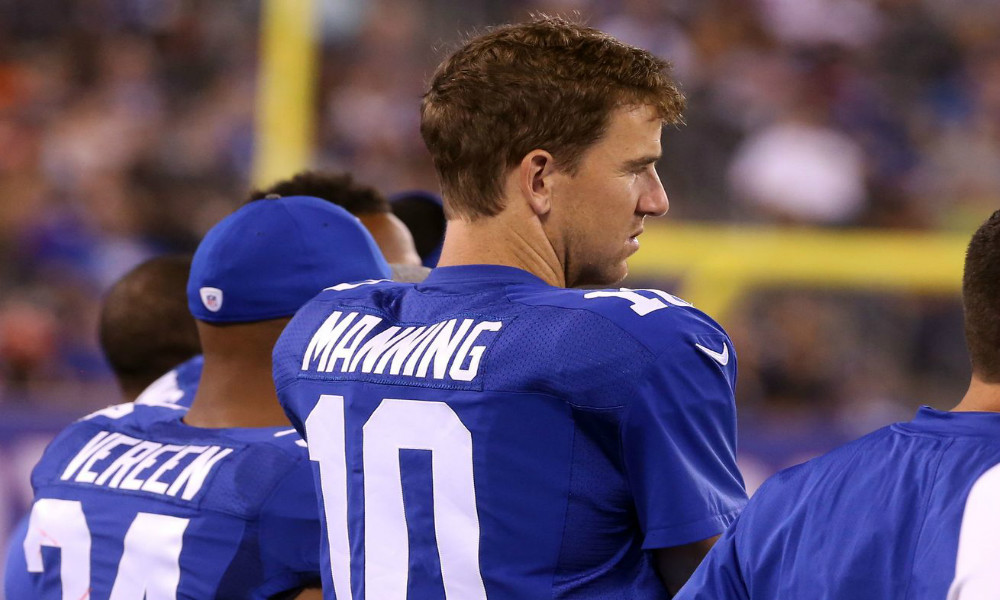 The New York Giants play the Dallas Cowboys in Week 1 of the 2016 NFL season. They have a good chance of winning, but they couldn’t have felt great about what they saw from, surprisingly, the Denver Broncos in the season’s opening game. (Photo Credit: bigblueview.com)

The New York Giants don’t play the Denver Broncos this week. In fact, they don’t play the Broncos at any point this regular season. However, New York should not feel great about what it saw out of Denver this Thursday night in the latter’s game against the Carolina Panthers. Specifically, the Giants have to be worried by the performance of quarterback Trevor Siemian.

Denver brass liked Siemian this preseason enough to release Mark Sanchez and name Siemian the starting QB for the defending champs. However, there was one key stat to look at that would make you take pause in anointing Siemian a viable passer: he had never thrown an NFL pass. Now, every QB must at one point throw his first pass, obviously. It is impossible to avoid such a scenario. However, the success rate of such late-round quarterbacks with no experience is not great. The NFL is a difficult league with lots of disarming defenses. Players with no experience and low pedigree rightfully struggle.

At least, they are supposed to. Siemian wasn’t spectacular against Carolina, but he also didn’t struggle. He looked…fine. Perhaps some will take that as an insult to his performance, but it is not. He looked solid against one of the best defenses in the sport. He threw two picks, but one was off of a deflection on a screen pass. He also led two fourth-quarter scoring drives that gave the Broncos the win in a game where they were home dogs.

Maybe some folks will believe there is no connection between what Siemian was able to accomplish and the New York Giants, but they would be wrong. The Giants are also primed to face a quarterback who has never thrown a pro pass. I previously believed that this piece of information alone was enough to swing the tide of the game in New York’s favor. Late-drafted quarterbacks in their first ever game aren’t supposed to do well. Siemian did though, against a team superior to the Giants. Dallas’ Dak Prescott is not the same player as Siemian, but he is just as able and just as confident. His own team believes in him as much as Denver believes in Siemian. Prescott is actually a more highly thought of prospect too, if you go by draft value and tangibles.

Maybe this is a silly leap to make. Just because Siemian was good doesn’t mean Prescott will be as well. But that misses the point. Because Siemian was good that means Prescott could be just as good (or better). The former got some major help from his offensive line and running game. The Cowboys should be superior in both departments. Trevor Siemian’s success is Dak Prescott’s success because it proves a first-game starter isn’t automatically going to be lost anymore. The quarterback position is too mature and sophisticated for that.

Of course, Dallas’ defense still stinks. There is no Von Miller or DeMarcus Ware or Chris Harris here. So as long as the Giants score points they should win. But they can no longer count on a one-dimensional offensive attack from the opponent.