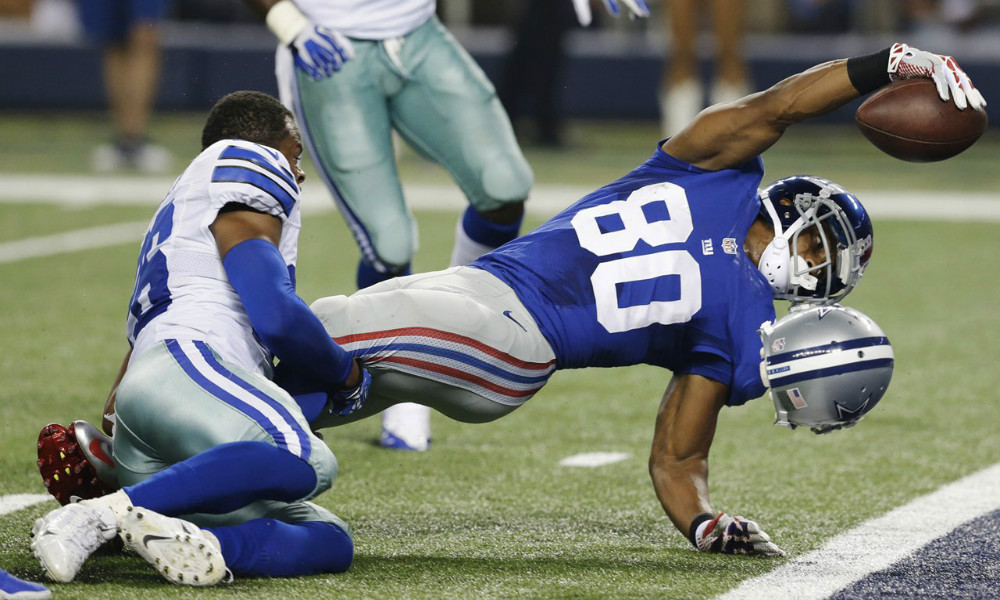 In Week 1 of the 2016 NFL season, the New York Giants defeated the Dallas Cowboys on the road by a score of 20-19. The two teams are hardly recognizable since that matchup.

In their Week 1 loss to the New York Giants, Dallas offensive rookies Dak Prescott and Ezekiel Elliott looked careful and hesitant. Prescott threw for 227 yards and no touchdowns on 45 attempts. Elliott averaged just 2.5 yards per carry on 20 carries. It was fortunate that the Cowboys’ offense stalled behind two rookies, because the Giants’ defense got very little pressure in the backfield and forced no turnovers. New York won by the skin of its teeth to go to 1-0 on the season.

ALSO ON BUZZCHOMP: HBO’s Westworld Wasn’t Meant For Us

Thirteen weeks have passed since then, and the Giants and Cowboys are set to play once again. The Cowboys have yet to lose a game since Week 1’s defeat. They are 11-1, with far and away the best point differential in the NFC. They have already clinched a spot in the postseason, despite playing in what appears to be the conference’s best division. Prescott and Elliott are heavy favorites to win Offensive Rookie of the Year, if someone can manage to decide between the two. In fact, both are favorites for league MVP as well, if voters are able to make a distinction between one’s value over the other’s.

A lot has happened for the Giants in the subsequent weeks as well, especially on the defensive side. The defense went from solid but unspectacular to a group of playmaking hounds led by a resurgent Jason Pierre-Paul. Of course, since these are the Giants and we can’t have nice things, injuries have once again reared their ugly head. Pierre-Paul has suffered a core muscle injury that requires surgery and will keep him out roughly six weeks, ending his regular season.

There is a chance JPP plays again this season, but it would require the Giants advancing far enough in the playoffs that he can recover, such as making the conference championship. It’s a positive sign that the other players are attempting to plan for such a scenario, as explained by Jonathan Casillas: “Dude came back from blowing his hand off in four months…I mean, that is a mutant to me. So I think the guy is going to be back.” But it’s still rough that the defense loses one of its best players at such a vital portion of the season.

On the other hand, a number of immensely important contributors may be returning for New York in this rematch of Week 1. Starting left guard Justin Pugh and the team’s best running back, Shane Vereen, returned to practice this week in preparation for the Dallas game. That will definitely help a wandering offense, but what of the elite defense that had developed?

Replacing Pierre-Paul will be a team effort. The Giants have options on the roster, none of whom are obviously as good as Pierre-Paul. That doesn’t mean 80 percent of his production can’t be replaced by active and healthy substitutes. Starters have come in and out of the lineup for both teams since Week 1, but no change in lineup orientation will be more important than JPP’s replacement. New York will find it hard to contain the Dallas offense and grab a win regardless. Without a viable pass rush, it has no chance.