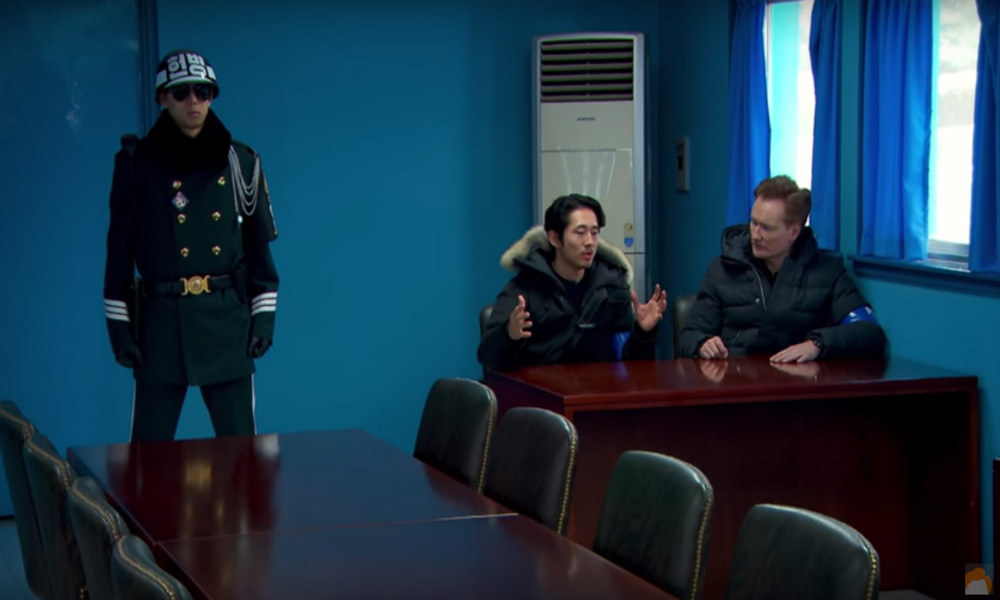 Conan O’Brien’s remote travel segments are the best thing on late night television. For years, he has traveled around the world, entertaining people of all races, nationalities, cultures and colors.

Admittedly, Conan O’Brien’s talk show Conan is not the best thing on late night television. Other hosts around the cable and network TV landscape seem to be doing a better job. They are certainly garnering more eyeballs both live and on the internet. However, O’Brien is responsible for the best segment on late night TV; that being his remote segments.

Screw carpool karaoke and stealing your kids’ Halloween candy and smashing eggs on celebrities’ heads and whatever Stephen Colbert is known for. Screw all those late night segments; they can’t hold a torch to Conan’s remotes. When Conan O’Brien travels to other countries or even travels outside the studio to interesting places around the United States, it is the most rewarding, funniest and wholesome good time you can have watching late night TV.

The latest trip Conan made was to Berlin, Germany. His ability to engage and relate to people who speak another language is astounding. He mostly spans this void by putting himself down and making himself the butt of the joke. It wouldn’t be funny to see an American belittle another people’s culture. Conan, instead, raises the other culture up by making himself seem not worthy. It is really quite fascinating and effective, while also being ruthlessly funny to watch.

In Germany, Conan learns a traditional dance with a pair of brothers and their father; he visits a dominatrix to see what that is all about; you know, the normal touristy stuff. Before that, on another recent trip, he visited South Korea and Cuba. The South Korea trip stemmed from a South Korean fan sending Conan a letter, asking him to come to her country. Who can say no to a random stranger inviting you halfway around the world? The trip to Cuba was even more special, as it was the first time an American television show host broadcast in the country since the embargo began in 1962. Not only were the locals not impressed by Conan’s arrival, but no one seemed to know who he was. That is exactly when his traveling segments thrive.

Conan remotes have been going on for years and years, dating back to when he hosted The Tonight Show and Late Night before that. Even when the studio product and monologues falter, Conan’s remote segments are pure comedy gold. He doesn’t always travel out of the country. Sometimes he and the crew go to New York to play old-fashioned baseball, or to companies like Mary Kay or to Teen Beat magazine. The location hardly matters. Conan always finds something interesting and self-deprecating to bring to the viewers.

It has been speculated, even hinted at by the man himself, that Conan could pursue a strictly travel-based show when his time hosting a late night talk show is over. He would be Anthony Bourdain with less food, less swearing and more laughs. It would be the ultimate use of O’Brien’s skills as a comedian, communicator and entertainer. Let’s hope it is true!