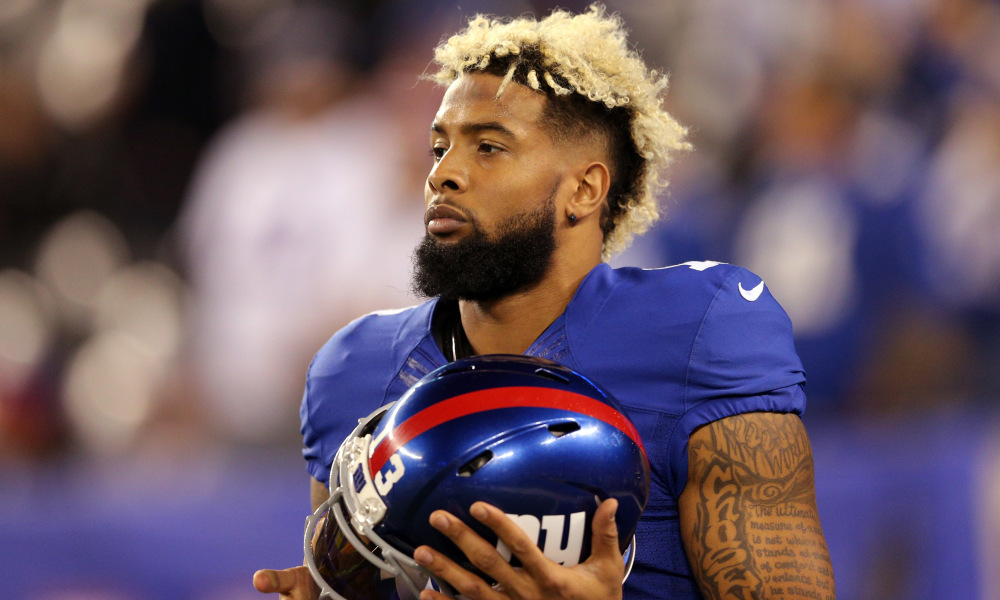 New York Giants wide receiver Odell Beckham Jr. is reportedly on the trade block. Whether the team intends to trade him or not, that option is enough to get the point across.

The NFL news cycle continually churns on. If real news doesn’t fit it, rumor and conjecture do. The New York Giants happen to be lending their talents to this more than most franchises this offseason. The latest news churn surrounds the future of wide receiver Odell Beckham Jr. Reports vary from the talented pass catcher being out the door, the team asking for multiple first-round picks in return, the team expecting him to report to camp like normal, and everything in between.

Owner John Mara, general manager Dave Gettleman, and head coach Pat Shurmur have all done their part in either adding fuel to the fire of this news story or not helping to put the flame out. Either way, Giants management seems to be on-board with a rumor spread that involves New York possibly trading Beckham. The fan base has revolted against this development, for obvious reasons. Odell Beckham Jr. is the most talented player on the Giants roster and is, arguably, the best wide receiver in the sport today. He changes the ceiling of the New York offense and alters the way defenses are forced to defend the Giants. With him on the field, the team is much better. Without him, it would be worse.

ALSO ON BUZZCHOMP: Are the National League Top Three a Sure Thing?

These things can be true, but it can also be true that New York is right to explore where this story leads. Opening up the trade rumor doesn’t mean leadership will deal OBJ, nor should it. Besides Beckham’s talent on the field, a number of other factors play into this discussion. The most obvious is his contract.

Beckham is in the final year of his rookie deal, making him a free agent in 2019. That means the clock is ticking on an extension or trade, right? Well, this isn’t the NBA. Beckham is definitively under contract for this season, and the team always has the option of putting him under contract against his will next season too with the franchise tag. Beckham’s only recourse either time would be to sit out and not get paid anything. No matter the threats he makes referring to an extension being necessary, that is unlikely to come into play. So this gives New York far more time than it would seem to decide on Beckham’s future with the club.

Furthermore, if we are basing the Giants’ current decisions off of some kind of aligned retool plan that coincides with Eli Manning’s contract, keeping Odell Beckham Jr. for two more years is exactly what should be done. At that point, when Manning is no longer in the Giants’ plans and a reset to the offense will be in order, ownership can decide on whether or not Beckham is worth an expensive contract and whatever headaches he generates with his off-field antics. There is no reason to make that decision heading into the 2018 season.

If the Giants get blown away with an offer – that begins with two first-round picks – reports indicate they would deal OBJ. But no one ever gets blown away with an offer in these scenarios. Maybe that is exactly the point. Teams would be trying to buy low on Beckham, essentially implying the Giants have no consideration to seriously shop him. That is how it should be: make it known you could trade him, but don’t.