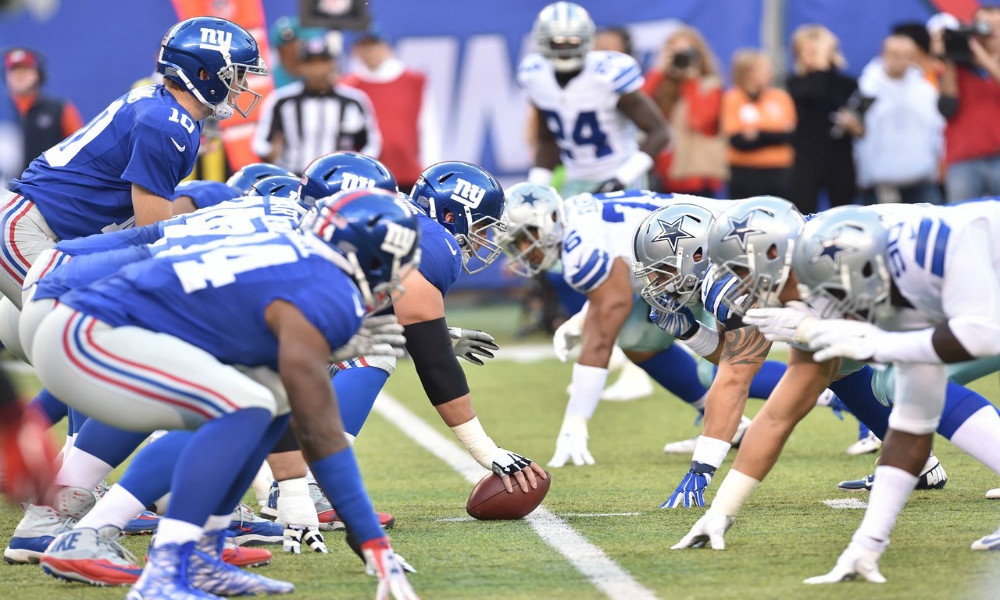 The New York Giants had been underdogs for Week 1 against the Dallas Cowboys. One injury later and the tides may have shifted in this game and in the NFC East. (Photo Credit: giants.com)

Suddenly this Week 1 game against the Dallas Cowboys doesn’t seem so bad, huh? Just a few short weeks ago, it seemed like the New York Giants were destined to begin their 2016 NFL season 0-1. They had to travel to Dallas to take on the NFC East division favorites who were primed and ready for a bounce back season after finishing last the year prior. The team would be fully healthy, with its full allotment of skill players, forming an offensive group more fearsome than perhaps any other in the conference. The Cowboys also have the best offensive line in the league, aiding any and every teammate by leaps and bounds.

This was the team the newly purchased defense of the Giants was preparing to face in game one. Now, the Cowboys suddenly don’t seem so bad. And it was sudden. One preseason game, Tony Romo left early with what was deemed not an issue at all, let alone a long-term issue. The next day, Romo would be sidelined six to 10 weeks because of a fractured vertebrae.

ALSO ON BUZZCHOMP: Legion to Restart the X-Men Universe

Some publications seem to think there’s a chance Romo returns much sooner than that quoted time frame. No matter, he will be out for this Week 1 game against New York.

That puts fourth-round rookie Dak Prescott behind center for his first NFL action of his career. Sure, he’s been great in the preseason, but we have seen that story before. Show me something, anything, in games that actually matter before I become a believer.

I now salivate over this new Giants defense getting to play against a player making his first ever start. Sure, Prescott brings an added run dimension to the game that Romo doesn’t possess, but the latter was always fluid and mobile in the pocket. Prescott will actually run down field more, but New York’s defense is built for that this year, unlike last year. The defensive ends are tremendously athletic, and the linebacker corps is so deep, we could rotate guys in and out all game to keep them fresh if need be.

Dallas’ best player, Dez Bryant, is also nullified by this change. Last year without Romo throwing him the ball, Bryant was essentially a non-factor, putting up career-lows across the board before even factoring in his own missed time.

Then there’s the reverse matchup pending in this game, one that was always going to be favorable: the Giants offense versus the Dallas defense. The Giants have looked terrible offensively in the preseason, but again, I don’t let that worry me too much. In fact, playing against the Cowboys defense could be the perfect remedy for whatever was ailing them, especially along the offensive line.

A tough road loss within the division in Week 1 has now turned into a great opportunity to steal a road game against a big rival while gaining momentum for the rest of the season. One injury, if it’s to the right guy, can make all the difference. Just look at what happened to that exact team with an injury to that exact player last season. 4-12 followed.

More NYG: With Victor Cruz, the Giants Learned Nothing