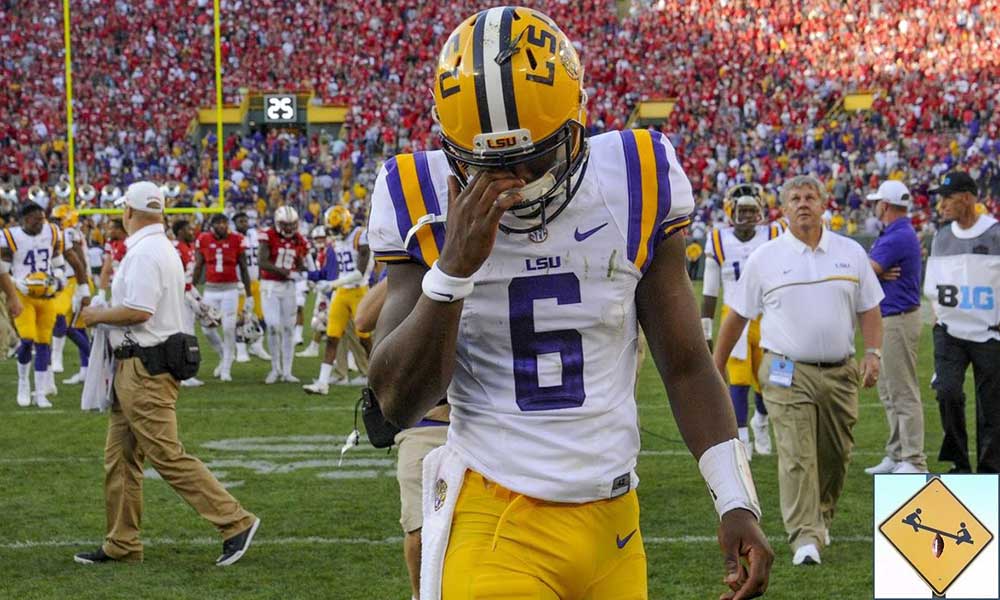 We have a new conference atop the world of college football just one week into the 2016 season. I do not know who that conference is; I just know the SEC is penultimate at best this year. Oof, what a terrible week one for the SEC.

It began last Thursday with #9 Tennessee’s disastrous performance against former FCS power Appalachian State. The Volunteers won the game in overtime but lost the respect of everyone around the country. Thursday also gave us the crap-fest between SEC middle dwellers South Carolina and Vanderbilt.

Auburn and Missouri lost (though neither was a surprise).

#5 LSU got upset by Wisconsin.

Texas A&M almost gave their win away, allowing UCLA to come all the way back and force overtime.

Arkansas nearly gave away its own win against Louisiana Tech, winning by a single point. And yes, there is also a Louisiana Tech.

And Kentucky squandered a 25-point lead in its eventual loss to Southern Miss.

One more SEC team has yet to play; that being Ole Miss’ game tonight against the Florida State Seminoles. But even if the Rebels pull out this victory, enough has already happened to think the Southeastern Conference is in for a mess of a season.

Not only did it suffer a loss from one of its top-five nationally ranked teams, but it also saw three other highly respected schools nearly or actually lose to cupcake, pushover opponents. Tennessee, MSU and Arkansas all took the week off on their schedule with gimme victories that turned out to be anything but. That is even worse than LSU going down to Wisconsin at a neutral (but not really neutral) site.

The SEC still has Alabama, which turned things on after a slow first quarter against USC Saturday night. So it still has its national title contender. But what had always made the SEC the best conference in football was not only the championships, but also the depth of destruction; the nine teams in the Top 25; the four teams in the Top 10; things like that. It doesn’t appear as though the 2016 SEC will have any kind of depth to hang its hat on. Or maybe I’m overreacting to one (very bad) week.

You are not overreacting, but the SEC can certainly recover from its week one disaster. LSU losing to unranked Wisconsin was really bad, but if the Badgers become a top 25 or even top 10 team by season’s end, then a loss to them in the first week seems minute. Especially if its LSU’s only loss of the year. That being said, I don’t find Alabama’s demolition of USC particularly impressive. Everything about SEC football in week one proved their lack of dominant football this season.

While its easy to make too much of the opening week of the season, it’s also the only week where every team had multiple weeks of practice to prepare for their first opponent. This should always favor the better football team. So if Tennessee struggled against Appalachian State with so much prep time, it does not bode well for the remainder of their schedule.

SEC football is still good, but when second ranked Clemson beats unranked Auburn by a mere six points, I see that as more a knock on Clemson than an indication that Auburn is better than we think. That game should have ended more like the Alabama vs USC matchup, if we are to believe Clemson is as dominant as their preseason ranking would indicate.

I think the truth is much simpler this college football season. There are a few really good teams and we know who they are. Alabama is certainly one of them, but I’m looking towards Michigan and Ohio State as well. The fourth best team might not stand above the rest until season’s end. It appears that much like the SEC, most of the teams are bunched in the middle.