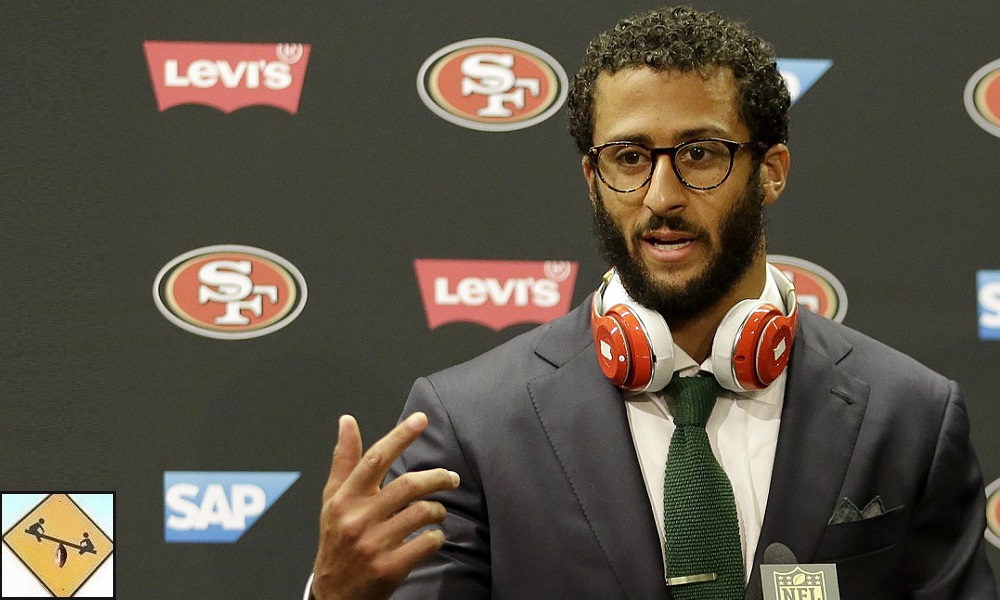 America needed a wake up call and Colin Kaepernick has delivered. Despite all of our progress, the problems of the past still persist today. This is a fact. Get over it.

I’m not surprised by the Colin Kaepernick backlash because, at this point, how can any backlash about any topic surprise you? However, it is perplexing. I feel like when Lisa Simpson found out her mom believed in angels. Seriously, this is the hill you are going to die on; going against Kaepernick on the issue of black rights?

And don’t get it twisted. Going against Kaep’s actions IS going against what his actions are meant to represent. It has nothing to do with the military or the anthem itself or whether it’s a good song. You know how I know this? Because Kaepernick said so!! He told us what he was protesting. And yet people are still trying to force their own agendas onto the display like their beliefs are more important than his. It’s selfish and arguably more disrespectful than however disrespectful they believe the quarterback is being.

Finally a few players have joined Colin in this sit-down. He has also come out and said he would be donating $1 million “to organizations that will help communities in need.” That is quite a grand gesture which hopefully he didn’t feel pressured into doing. Just because some people felt as though his actions were worthless doesn’t mean they were.

There was a great tweet the other day that perhaps sums up how moronic the people against Kaepernick are in this. I don’t have the exact joke so I will paraphrase:

White person: “These black people are ridiculous and need to protest nonviolently if they want people to listen.”

You took the words out of my mouth. It’s moronic to think you can vehemently be against Kaepernick’s actions without being against what he told us specifically they stood for. A protest is not intended to make you feel happy or good about yourself. It’s not intended to remind you how wonderful things are. A protest is intended to cause emotional discomfort, an awkward realization of how messed up things are and to start a conversation leading to change. Within less than a few days Kaepernick’s protest achieved all of those things. I’d call that a win.

What put a smile on my face was seeing his teammate join him in taking a knee the other night. It made me happy that another player on a completely different team also chose to make the same protest. This is the definition of a tipping point. One person sparking so much uproar that literally everyone can’t help but speak their mind. Others join and we are finally getting somewhere. Kaepernick choosing to donate money to charity is the icing on the cake. He shut up all the haters who couldn’t help but throw his success back in the man’s face, like it has anything at all to do with the real issue here.

I fully respect the anger brought about by Kaepernick’s manner of protest. It’s warranted because the anthem represents one’s pride in their country, one’s love for America. But the reason Kaepernick chose to protest is because he loves this country and realizes its broken. He has lost pride in what we were taught its meant to represent, and rightfully so.

Change is hard and realizing we are part of the problem is even harder. If we are to be a country united, we can’t deny or ignore the problems of others. Shedding light on them should be applauded. Someone has to do it.