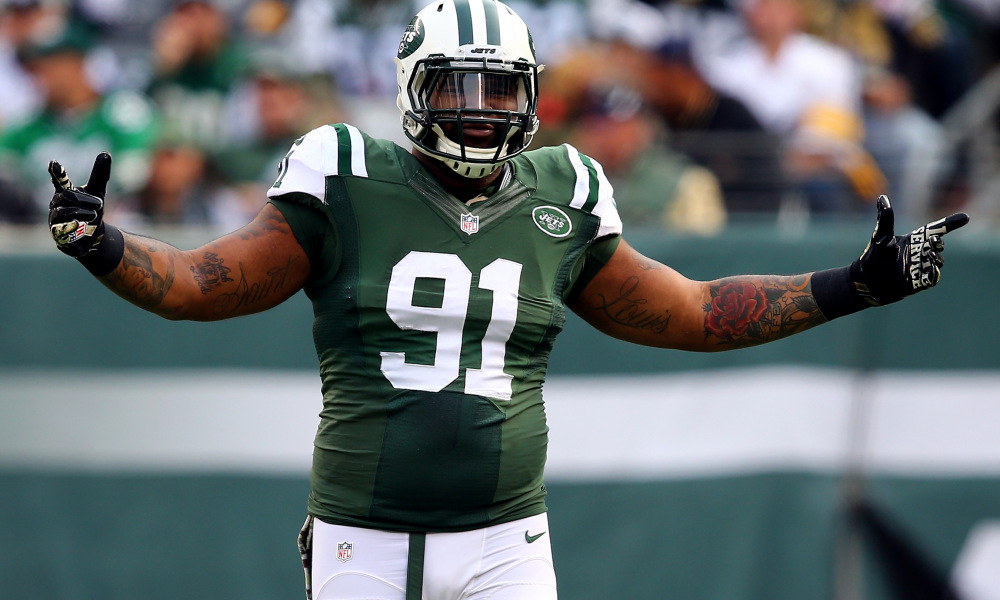 Brandon Marshall and the New York Giants tried to ignore the squabbling of Sheldon Richardson, but after thinking they were out, a trade pulled them back in.

The beef between Brandon Marshall and Sheldon Richardson was petty, occasionally nasty, and almost completely one-sided. After the New York Giants and Jets met in the preseason, it was also supposedly over. However, a big NFL trade has changed the landscape.

The Jets traded the mercurial Richardson to the Seattle Seahawks on Friday. This is major news for the two teams involved, obviously. It also means Richardson will be back in the lives of Marshall and the New York Giants.

ALSO ON BUZZCHOMP: Dare to Bet Against LeBron James This Season

New York takes on Seattle in Week 7, right before its bye. An already formidable Seahawk defense adds the immensely talented Richardson, along with his vitriol toward Marshall.

The beef started when both players were members of the Jets. The two didn’t get along, which feels like nothing new for Marshall or Richardson. They each have a personality that can rub some the wrong way. They rubbed each other the wrong way in this instance. Upon Marshall leaving one New York squad for another, Richardson came out and expressed his happiness with “15 reasons” for the Jets’ troubles now being out of the locker room.

Richardson also called Marshall “drama queenish” in a radio interview and questioned his attitude and standing on the roster. Even still, Marshall seemed to remain the bigger man, at least publicly, never making a statement trashing his new nemesis. That remained true until Richardson was dealt, and Marshall slid a few subtweets the big man’s way. One gave a thumbs-up to the deal-in emoji.

The fact that Richardson had previously been the one to dominate this discussion, but Marshall couldn’t leave it alone, means we could be in store for some fireworks when the two match up. Obviously, Richardson won’t be personally defending Marshall, even as their respective units are on the field against each other in Week 7. However, Marshall is a physical receiver who likes to mix it up inside, and the two could easily cross paths.

Football is a nasty enough sport where players don’t need added motivation to bring pain to one another. However, having two guys with animosity meet up on the field in a game that counts can’t help calm the situation. This should be interesting.