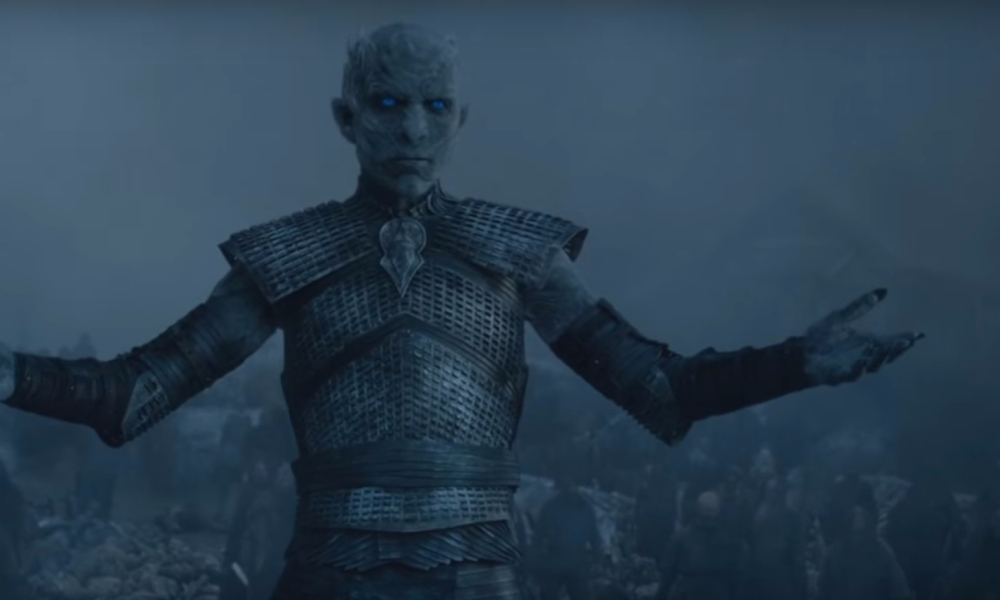 Game of Thrones is over for the year, with just one season remaining in the series. The most interesting and logical ending is staring us in the face. So why is no one acknowledging it? Game of Thrones Season 8 people.

The seventh and penultimate season of HBO’s Game of Thrones just wrapped. With just six episodes remaining in the series, nothing can hold back the rampant speculation about how the show is going to end. However, all of the takes for Game of Thrones Season 8 seem to ignore one blatant and logical conclusion. Why can’t the Night King win?

Game of Thrones has been set up and delivered to us as a show where anything can happen. Ned Stark was the hero and protagonist of season one. He met his untimely death before the season was over. Robb Stark, his wife, and his unborn child were all murdered at a wedding. The main antagonist of the early show, Joffrey, was killed. Numerous other characters saw unlikely ends to their stories. Game of Thrones kept us off-guard as much as it entertained. Anything could happen. Everything did happen; assume nothing.

ALSO ON BUZZCHOMP: Bran Stark is the Night King, Proven

That belief fell apart a bit in this latest season as the television plot surpassed the novels, though the same thing could be pending for George R.R. Martin’s book series as well. Nevertheless, in 85 percent of this show, we have been led to believe that nobody was safe. Why couldn’t that extend to everybody? The only thing illogical about assuming no individual was safe, was not taking the next step of assuming that everybody was in danger. Viewers assume that one of the human heroes has to prevail by series end only because that is the TV trope we have come to expect. But Game of Thrones hasn’t followed these time-tested tropes, which is what we love about it. So maybe a human hero doesn’t have to win.

A victory for the white walkers and Night King would follow the script of the show. Other than being unexpected and ground-breaking, it would also be on-narrative. All series, we have learned how human nature, both good and bad, leads to people’s downfall. Ned died because he was honorable in a dishonest game. Others were killed because they were treacherous, greedy, stupid, or some combination of everything. Even Jon Snow was killed once and almost a second time. The first was because of his honor; the second because of his stupidity. He remains alive (perhaps because of shoddy writing), but he had met his demise nonetheless.

If the Night King were to win now, it’s again because of the shortcomings of the humans. Cersei is too stubborn and blinded by power to see the real threat. Jon is too shortsighted to see a better plan, leading to the Night King obtaining his most powerful ally: an undead ice dragon. Dany has the tools and now knows the threat is real, but it may already be too late. Skepticism and misguided posturing led to that being the case.

ALSO ON BUZZCHOMP: Bran Stark is the Night King, Proven

Obviously, the undead destroying humanity would be a slight bummer. However, the show is ending regardless. Game of Thrones Season 8 is the end. No matter how the plot wraps up, we will have reached a conclusion. It doesn’t much matter if Jon and Dany ride off into the sunset on a dragon’s back, or if the Night King raises the last of the human corpses as he throws the iron throne into the sea. Either way, there will be no more episodes.

The only thing the latter plot would do is leave a weird taste in viewers’ mouths. But it won’t be because it is a demoralizing ending. Instead, it will be because it’s not how shows are supposed to end. But that is the thing with Game of Thrones. All along, it has given us things that weren’t supposed to happen in normal television. Why stop now? Why become cliché when an outstandingly creative finish is staring us all in the face? Game of Thrones season 8 must be epic.

More Game of Thrones: Jon Snow is Aegon the Conqueror