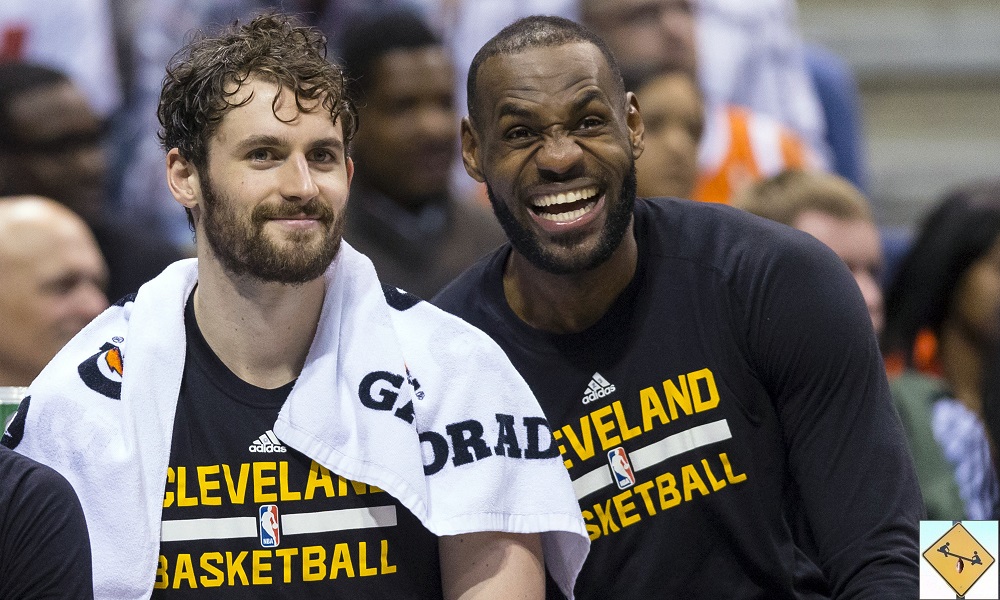 The power in the Eastern Conference is shifting, but do we dare bet against LeBron James and his Cleveland Cavaliers? Boston and Golden State know best. NBA Preview 2017-18.

Now that the trade has been made official (thanks to the inclusion of a second-round draft pick), what is your power ranking for the NBA Eastern Conference? It feels like Boston is the superior roster at this point, but saying so would require betting against LeBron James, which is foolish. It also may underestimate the usefulness of Kevin Love.

Perhaps, with one star out the door, we will get Minnesota Kevin Love back. He was one of the top 20 players in the league and had an offense revolve around him. That guy, paired with LeBron, with Isaiah Thomas chipping in as one of the best shot-makers in the sport, is still superior to anything else in the East. I’m just not sure if that Love exists anymore. Even if I feel like the Celtics are more talented now, I’d feel more comfortable picking the Cavaliers to yet again win this conference.

Despite Washington and Toronto running things back, this is still just a two-team race, right? It will be fun to follow the improvements of Milwaukee and Philadelphia as well, but no one else has a championship shot. And since the Western Conference is no race at all, that could make for another pretty boring NBA season. It’s crazy. This offseason was so wild with all the moves made and the nonstop news, it felt like we were in store for something special. But seeing all the dust settle, the league is still Golden State, then Cleveland and Boston, and then everyone else.

Nothing has changed despite so much changing. If anything, folks are more excited for the 2018 offseason than they are for the 2017-18 season. That’s the state the league is in right now. It’s good for popularity but bad for the product. I wonder if it will affect ratings and viewership at all. It doesn’t feel ideal to have a sport’s offseason more interesting than its season.

My final question is two-fold. Do you think there’s the opportunity for genuine interest in following these teams with no real shot at the title? Call it the Rockets-corollary. Is there value in having a team like the Rockets even if no one thinks they can defeat the Warriors? Secondly, is this lack of parity really such a bad thing? People love dynasties in the larger picture. It’s only in the literal moment that one team’s dominance seems bad for the sport.

I will never bet against LeBron James. Even when he’s facing a superior opponent like the Golden State Warriors, I simply will not count him out. You’d never bet against Michael Jordan and I won’t pick against LeBron’s team either. Because the Cavaliers have more or less all played together, Isaiah Thomas aside, they enter the season as Eastern Conference favorites. We don’t know how Boston’s lineup will shake out, or how the Celtics will play as a team. That forces them into second place at the moment.

Kevin Love has been a forgotten man these past few years in Cleveland, yet he was integral to the team’s success when healthy. I expect a resurgence of sorts from him this season. What has ultimately been gained from this trade is a new NBA rivalry that never before existed. Boston and Cleveland were first and second in the conference last year and ultimately played for the right to go to the NBA Finals. But there was little question of who was likely to win, and no major story lines to build excitement for the series. All of that has changed! These two teams are now more evenly matched, with Boston potentially passing Cleveland as the favorite. Furthermore, there is a rivalry as long as Kyrie Irving is facing off with LeBron James. I’m sure they like one another, but the fans will be eating up this matchup.

I can’t give validity to any other team in the East pushing Boston or Cleveland, in terms of our NBA Preview 2017-18. I do believe the San Antonio Spurs can push Golden State, but Houston still feels outside of this conversation. San Antonio had a real shot last year, until the Warriors injured the Spurs’ best player. We know who is going to be on top of both conferences, but the NBA has always been better with dynasties like this. Basketball thrives on star players and villains. Its more interesting when the best are actually the best year after year.


For casual NBA fans, the offseason has become more fun. But the sport of basketball is great to watch and individual matchups can be fun throughout the season. I root for an NFL team that has not had more than one legitimate shot at a championship in my lifetime. This does not hurt my excitement each season. The same can be said of NBA fans and their teams. Summer headlines are great for the league. We are living among another NBA renaissance.