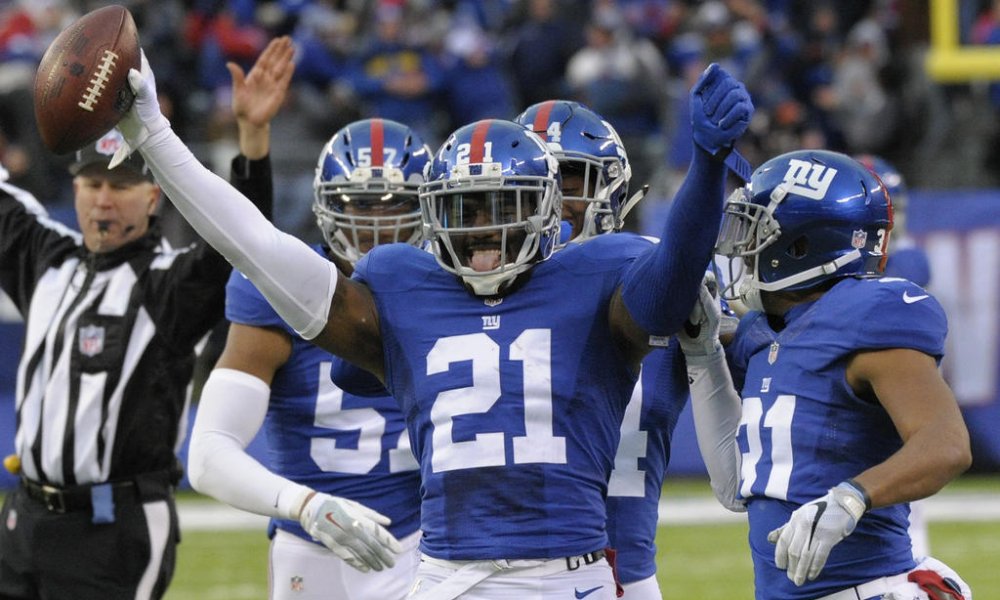 The first edition of NFL Over/Unders has been released for the 2017 season. The New York Giants, given a line of 8.5 wins, feel like a lock to go Over. Bet accordingly.

The Las Vegas Westgate has released its Over/Under win totals for the 2017 NFL season. The New York Giants were placed second in the NFC East, behind only the Dallas Cowboys. Despite the love for New York in many projections elsewhere, the team was given an Over/Under of just 8.5 wins. It feels like a lock that the Giants will cover the Over and finish at least 9-7 this year.

A record of 9-7 is almost a sensible worst-case scenario. That is grammatically an oxymoron, but if things don’t completely collapse, 9-7 really feels like the bottom limit of logical expectations for this team.

We know the schedule is difficult, but that assumes everyone on it is going to represent who they were a year ago. Within the division, it isn’t clear how good Dallas will even be, considering its shifts along the offensive line. If the Cowboys’ main strength is negated, they could struggle mightily. The Philadelphia offense is a question; the Washington defense is a question. Maybe the East won’t be anywhere close to as strong as last season.

Elsewhere, Detroit, Tampa Bay and Los Angeles all represent winnable games in the first half of the season. The same goes for games against San Francisco and LA’s other squad in the middle of the year. Facing the NFC and AFC Wests won’t be easy, but it shouldn’t be too easy for anyone to play the Giants either.

That’s the most important part of this equation. New York is arguably the most talented team in the entire conference. The defense was legitimately elite last year, and nothing should change that for 2017. Everyone of note is back; the secondary and defensive line could be peerless. On offense, the skill players are scary. If New York rolls out a lineup with all of Odell Beckham Jr., Brandon Marshall, Sterling Shepard, and Evan Engram, who can defend that? And oh by the way, that foursome will probably make up the team’s default formation with three wideouts and one tight end. They are going to be a problem for any defense.

The Giants’ lone shortcoming is on the offensive line, where a lot hinges on the improvement of Ereck Flowers in year three. That could be a glaring hole, but the unit as a whole could also be pretty solid this year, with loads of depth and flexibility. Overall, New York should be one of the NFC’s best squads.