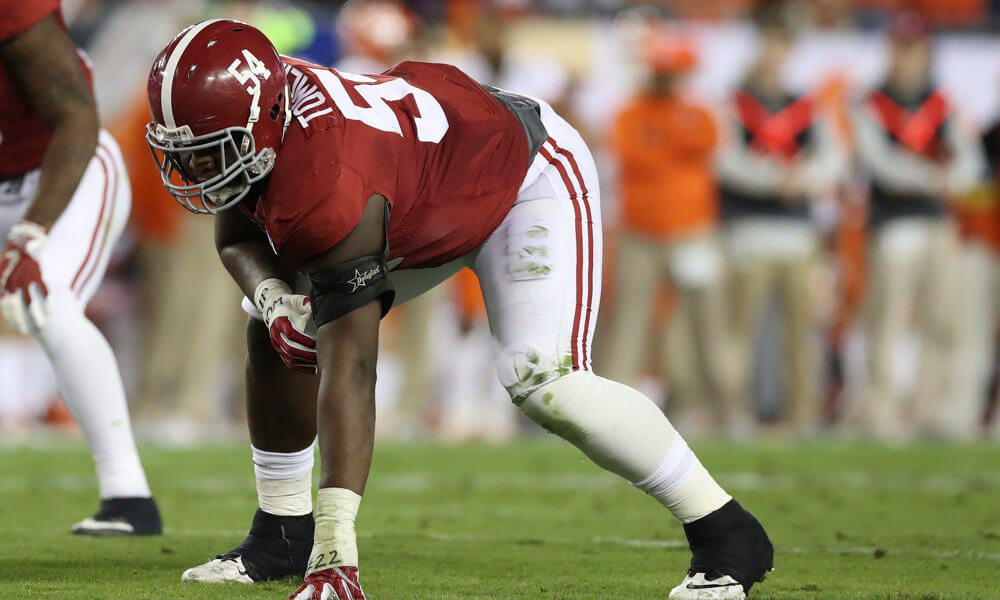 The New York Giants made six selections in the 2017 NFL Draft. Here are the grades for each player chosen and a look at the team’s draft in the aggregate.

The 2017 NFL Draft started off with a flurry but petered out by the third day. The New York Giants managed to have an exciting draft through all three days though. And more importantly, their selections weren’t booed and ridiculed nearly as much as the Cowboys’ by the local Philadelphia fans.

Round One – TE Evan Engram

The Giants threw a curveball right from the jump, taking Engram with their first pick. Though labeled as a tight end, he rarely lines up at the end of the line. He splits out wide and is essentially a big wide receiver. Engram should be a major threat in this offense as soon as Week One. Once he develops, the passing game of New York could be unstoppable thanks to his added skill set. However, Engram does nothing that the Giants needed from the tight end position. He can’t block and won’t stay on the field every down. He is a better athlete and receiver than the likes of Will Tye, but he isn’t a better tight end. If the Giants simply thought Engram was the best player on the board at pick 23, this is understandable. But that feels incredibly unlikely.

Once Johnathan Hankins departed in free agency, New York had a rather large hole at defensive tackle alongside Damon Harrison. Tomlinson is a pretty good facsimile of Hankins and should be able to fill that hole. He isn’t a pass rusher, but few tackles are. He should be an important asset on the defensive line. The value of this pick comes down to the opportunity cost of passing on some other players, though.

The Giants passed on linebacker Zach Cunningham not once, but twice. The fact that he was still on the board in the second round is crazy, yet New York ignored him. For 2017, DT is a bigger need, but Cunningham could be a starter at linebacker for years to come. The team also passed on interesting potential in rusher Tanoh Kpassagnon, guard Dion Dawkins, and running back Alvin Kamara, who all went soon after New York selected here. There is an easy way to imagine the Giants better off overall, had it gone in a different direction in round two and the team maneuvered to get Chris Wormley or Eddie Vanderdoes in round three to fill DT.

The value of this selection comes down to individual feelings about what course of action New York should be taking. Does it need to find Eli Manning’s eventual replacement right now? Or did the team need to fill as many holes as possible for 2017 as it tries to win a championship? I was firmly in the second camp for most of the pre-draft process, believing New York should spend nothing more than a late-round pick on a QB flier. But I have come around slightly on this course of action. If the Giants believe Webb has a legitimate chance of being a franchise passer in the future, this is easily worth the price. My grade splits the difference.

Gallman was the 14th running back taken in the 2017 draft. Talk about value. This is a home run pick for New York. The team was looking for a runner to share the load with Paul Perkins (and still might bring in a veteran). Gallman can be that guy. He doesn’t project as a full-time runner, but the team doesn’t need him to be that. Instead, he adds fresh legs and power to the team’s back rotation and takes a lot of pressure off of the second-year man Perkins.

The Giants needed a little depth added to their pass rush rotation, and Moss addresses that. The future of players from small schools is always hard to predict, but Moss wasn’t originally a small-school guy. He had off-field issues that led to him leaving the Nebraska program. It is rare for New York to take a chance on a player with a checkered history, but the team felt Moss was worth the risk. His talent is certainly superior to normal fifth-round production.

Rather than selecting in the sixth and seventh rounds, the Giants traded up, dealing away that seventh pick, to select Bisnowaty. He played tackle in college, though scouts are split on whether he will have to move to guard in the NFL. New York needed to come out of this draft with a lineman to challenge for a starting tackle spot. Bisnowaty is barely that, yet that isn’t his fault. In the grand scheme, the Giants did a poor job of addressing offensive line. In a vacuum, though, this sixth-round selection was a good one. It isn’t Bisnowaty’s fault that the Giants should have found a way to grab a different lineman earlier.

More NFL Draft: Attending In Person Has Kinks to Work Out