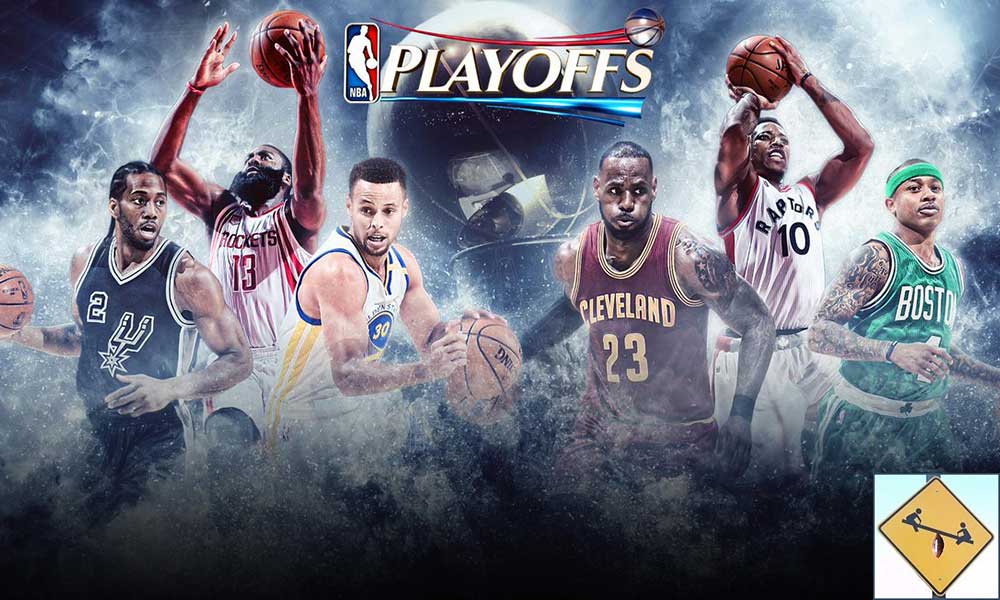 The NBA Playoffs 2017 have been full of fights and viscous trash talk. We grabbed a player’s quote and now you must guess who said it. They Said What? Sports quote game.

With the fighting, chippiness, and rivalries coming out in these NBA playoffs 2017, lots of players have thoughts on the proceedings. With that, it is time for another round of They Said What? NBA Playoffs Edition.

I give Dan a quote relating to the NBA postseason, along with three hints as to who uttered it. He then makes his best guess as to the speaker.

“I’m not trying to bash anybody, but, I mean, men lie, women lie, but the numbers don’t.”

Hint One: This was said by a player whose team is still alive in the 2017 playoffs.

Hint Two: It was said in reference to a player who has already been eliminated.

Hint Three: This Western Conference speaker is not the best player on his team, though he is a starter.

Sounds like a sore loser talking if I’ve ever heard one. Or someone who got caught cheating and felt his game on the court justifies things. Time to put my basketball cap on backwards and name our speaker.

Since this player’s team is still playing, it seems likely that either he was recently in a fight, or his team got humiliated before bouncing the aforementioned competition. Just too much vitriol behind the quote. Which star player underperformed or is known for mouthing off, and is now sitting at home? Chris Paul and Rajon Rondo come to mind. Next hint.

Our final hint eliminates the Eastern Conference, limiting the speaker to either the Warriors, Spurs, Jazz, or Rockets. The Jazz don’t really have many big names, so I’ll eliminate them. That means this quote is in reference to either Russell Westbrook, or someone on Memphis or Portland. Hmm.

This doesn’t feel like a San Antonio Spurs or Houston Rockets quote. Both teams have it together. But the Golden State Warriors are feisty. They trash talk even when their opponent sucks big time. Draymond Green uttered this quote. He seems to care about stuff that doesn’t matter a lot, like the Portland Trail Blazers.

Well, you had a number of the proper pieces to find the right answer but failed to stick the landing. This was said by someone who probably feels his nasty game on the court needs clarification. He arguably got humiliated, but as he said, the numbers speak for themselves. And this quote was indeed in reference to Russell Westbrook.

Westbrook accumulated some gaudy stats against the Houston Rockets in round one, but needed to take roughly 125% of his team shots to get there (numbers estimated). Patrick Beverley astutely pointed that out after he was tasked with guarding Westbrook for much of the series. 40 points is nice, but not if it takes 34 shots to get there. The answer was the feisty Patrick Beverley.