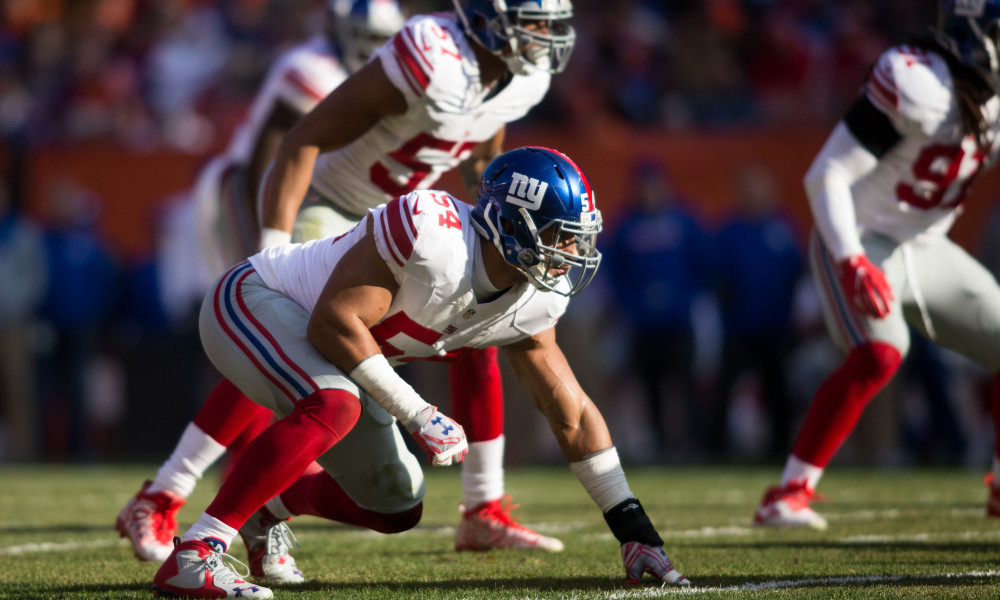 Between contracts, absences, off-field talk, and breakouts, the New York Giants are making news at the start of OTA’s. Much of it is good.

Heading into June, there are a number of storylines that surround the New York Giants. Organized team activities are in full swing, with training camp set to begin later this summer. Though football has begun, play on the field is only part of what has people interested.

Most pressing has been the lack of a contract for 2017 first-round draft pick Evan Engram. He remains the only unsigned rookie for the Giants after Wayne Gallman and the team agreed to a deal last week. It isn’t abnormal for first-round picks to take the longest to sign, though. They have the most money on the line. The league’s relatively new rookie salary scale makes it so there shouldn’t be all that much to debate. However, nuances from deferrals to offsets to injury splits of contracts can be tricky and vital. There is nothing to think that an Engram deal won’t get done, but we continue to wait. In the mean time, the young tight end has reportedly been lining up all over the field, showing off his versatility from the get-go.

ALSO ON BUZZCHOMP: How Game of Thrones is Going to Wrap Up

Two players not showing off their skills have been Odell Beckham Jr. and Olivier Vernon. Arguably New York’s two best players, Beckham and Vernon have thus far skipped voluntary OTA’s. There is something to be said for “team leaders” showing by example and being in attendance, but it isn’t much. This isn’t a big deal until the team makes it one.

Of the players running sprints and such, two who have stuck out in the early going have been Tavarres King and Jerell Adams. Ironically, it may be a season too late. It remains to be seen if either player will even end up making the active roster. King is, by even the kindest of finagling, the fourth receiver. But there is a case to be made he could be fifth, sixth, or even seventh on the pecking order. He will make the team if the coaches think he’s their fourth-best option, but that is far from a sure thing. And the same goes for Adams at tight end. He will make the team as the second tight end. But what if he’s third or fourth if Matt LaCosse has a huge preseason? Then Adams will be left behind.

These are fun problems to have for a squad. It is always better to have to cut useful players than the alternative: suiting up players who aren’t worthy. The Giants, though, have encountered problems that aren’t fun at all this past week as well. Co-owner John Mara made news when he declared that he received tons of mail last season from fans who would boycott the team if they signed quarterback Colin Kaepernick or if any of their players knelt for the national anthem.

It isn’t completely obvious why Mara made this statement. Perhaps he was attempting to take blame off of himself and the organization, supplying an easy excuse for why the team didn’t pursue Kaepernick’s services. But that doesn’t make the team come off well either, saying the wild rantings of racist fans determine the path of the Giants.

My issue really isn't just the hate on Kap…it's what folks prioritize as wrong….hit a woman cool…sexual assault cool…kneel OH NO

Whatever the case, Mara and the club took a bit of a hit after this, and rightly so. We know there are prejudiced fans, but we don’t want that being a representation of Big Blue as a whole.