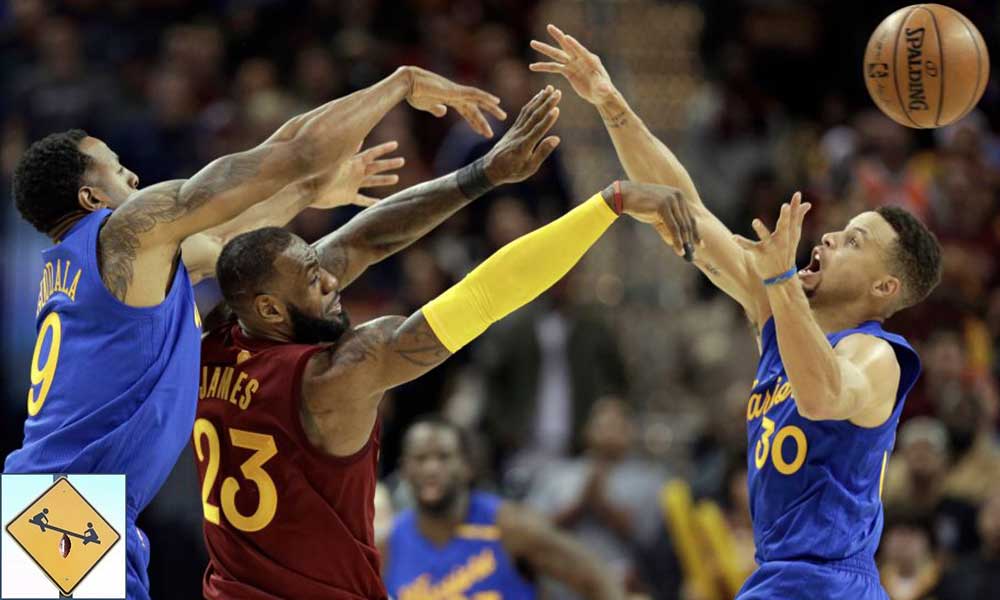 The Golden State Warriors are ridiculous favorites to win the NBA Finals 2017, but what if they lose? Is it an upset if the Cleveland Cavaliers come back to win again?

The Golden State Warriors won game one of the NBA Finals rather handily. They held the Cleveland Cavaliers to 35 percent shooting from the floor and won the turnover battle 4 to 20. Golden State was heavily favored to win this series before it began. It is an even bigger favorite to win now.

But what if they lose?

Maybe this seems like the most unrealistic of hypotheticals, but we saw this same core of Cavaliers defeat this (mostly) same core of Warriors last season after trailing three games to one. And the Warriors themselves weren’t elite offensively in game one. Both Draymond Green and Klay Thompson shot terribly from the floor. So what if they lose this series? What do we make of this team?

ALSO ON BUZZCHOMP: How Game of Thrones Will Wrap Things Up

The tally then becomes one ring and two Finals losses in the greatest three-year regular-season run in NBA history. This iteration of the Warriors specifically, though it didn’t win as many games as last year’s, is arguably the best team ever assembled in the modern NBA. And it comes one year after the franchise was statistically the best team to ever play. What if THIS only wins one title? Isn’t that an utter failure?

The caveat here is that head coach Steve Kerr remains out and may not return. The Warriors are 13-0 in the playoffs without him, sooo, yeah. But still. Kerr is a better coach than Mike Brown. That matters if things fall apart. But even if Kerr never makes it back to the bench these playoffs, this would be an epic loss; almost as bad as last year’s.

I am not normally a person to harp on small sample sizes or the random turns of a single series. After all, Golden State has clearly been the best team in basketball for years now. How can that be a failure? And yet…

Losing another championship would be hugely disappointing and kind of embarrassing. Maybe losing to LeBron James should never be embarrassing, but the Warriors were heavy favorites before they even took the floor for game one. They probably won’t lose, so we don’t have to worry about this scenario. But if they do, it would be on a level with the greatest postseason failures in sports: the Super Bowl Bills, the yearly division-title winning Atlanta Braves, Peyton Manning, and anyone else who routinely came up short when it mattered most.

My very first thought after game one of the NBA Finals 2017 ended was of deja vu. I thought to myself, the Cavaliers lost big early to Golden State last year. Cleveland was down in the series to the Warriors last year. The home team wins the majority of the time when teams are evenly matched. So this first lopsided score is rather insignificant. We got another bad basketball game, this time when it was supposed to be the very best.

I understand that Golden State is heavily favored and even more so now, after a decisive victory. But this was the case last season too, and Cleveland won the title. LeBron James won another championship. He is in his seventh straight NBA Finals. So if Golden State loses once again to the greatest player of this generation, it is not a major upset. I hate to burst your bubble, but as long as LeBron is playing, the only upset is when he falls short.

The Warriors have an amazing team assembled, but so do the Cavaliers. Would anyone have ever considered losing to Michael Jordan an upset? LeBron James has earned the same respect. Steph Curry only has one ring. He has a long way to go until he warrants the same respect as King James.