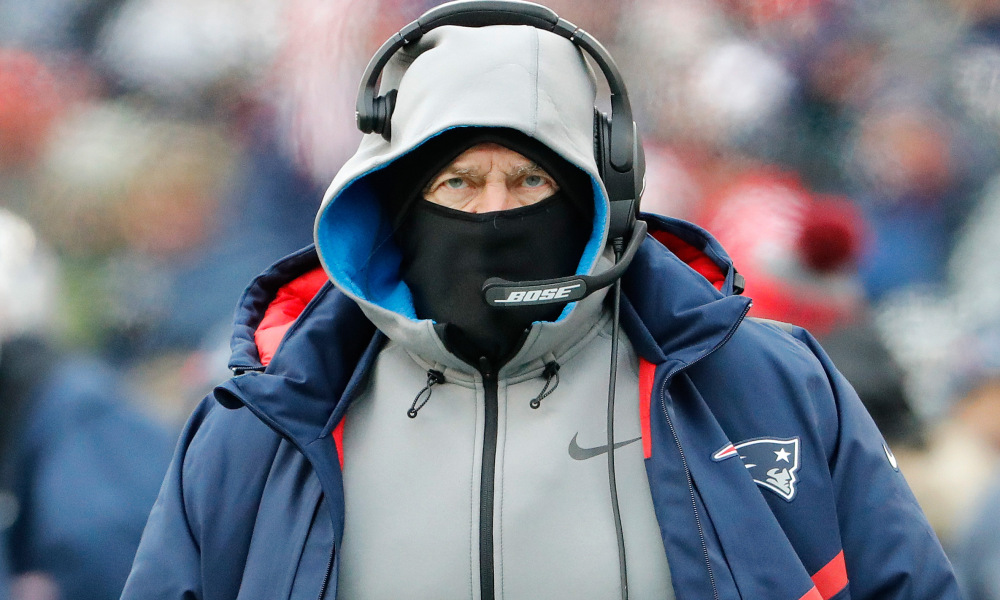 Josh McDaniels and Matt Patricia are two New England Patriots coaches on the New York Giants’ radar, but they should fall by the wayside if Bill Belichick is truly interested in the New York job.

This past week, the New York Giants began interviews for their vacant head coach position. Two of the candidates up for the opening are New England Patriots offensive coordinator Josh McDaniels and NE defensive coordinator Matt Patricia. McDaniels feels like the perfect hire for New York. He would have been my first choice to fill the opening. That was until news trickled out this weekend that a different Patriots coach may be available instead: Bill Belichick.

The Belichick-to-New-York rumors are amazing. They come directly on the back of ESPN’s piece about friction in the Patriots locker room and front office. Reportedly, Tom Brady demanded Robert Kraft force Belichick to trade backup quarterback Jimmy Garoppolo. The Pats are being split into two factions: the Brady side and the Belichick side. The team has denied any rift, but then a source close to the coach released statements to the contrary.

According to a Belichick source, whomever that may be, the former New York Giants defensive coordinator has desired returning to coach New York for some time, and this may be the perfect/only chance to do so. Belichick loves the Giants organization and, though he doesn’t likely have many more years left on an NFL sideline, he has always yearned for that head coaching position.

The easy reaction here is surface-level obvious. If Belichick wants to coach the New York Giants, you let him. That’s that. You hire him for as many years as he wants. If Jon Gruden gets a 10-year deal, there is no telling what Belichick’s market would dictate, but it doesn’t matter. He is the greatest coach in the history of this sport. There is no tricky detail to worry about.

But if the Belichick rumors are false or simply a ploy to gain more leverage in New England, the Giants should certainly still hire a NE coach: McDaniels.

McDaniels is also an ideal candidate on his own merit. He is an offensive-minded leader who has good rapport with quarterbacks. He can create and lead an offense, which is what the Giants sorely need. McDaniels has also learned from the best, with years at the shoulder of Belichick. Belichick disciples have not been good once handed the reins of a team, but past failures of others don’t guarantee future failure of one. Just because Matt Leinart and Mark Sanchez failed in the NFL doesn’t mean teams should avoid Sam Darnold in the 2018 NFL Draft. That is insane logic, and it should apply to New England coordinators as well.

The only thing that could stand in the way of New York hiring a New England coach is timing. If Belichick doesn’t actually want to come here, that could leave the team in the lurch if it waits too long. Passing on an opportunity to hire McDaniels would then be deadly. Likewise, hiring McDaniels before fully vetting the Belichick rumor could backfire as well. Big Blue has two chances (we don’t want Patricia!) to steal away a Patriot. It can’t miss out on both.