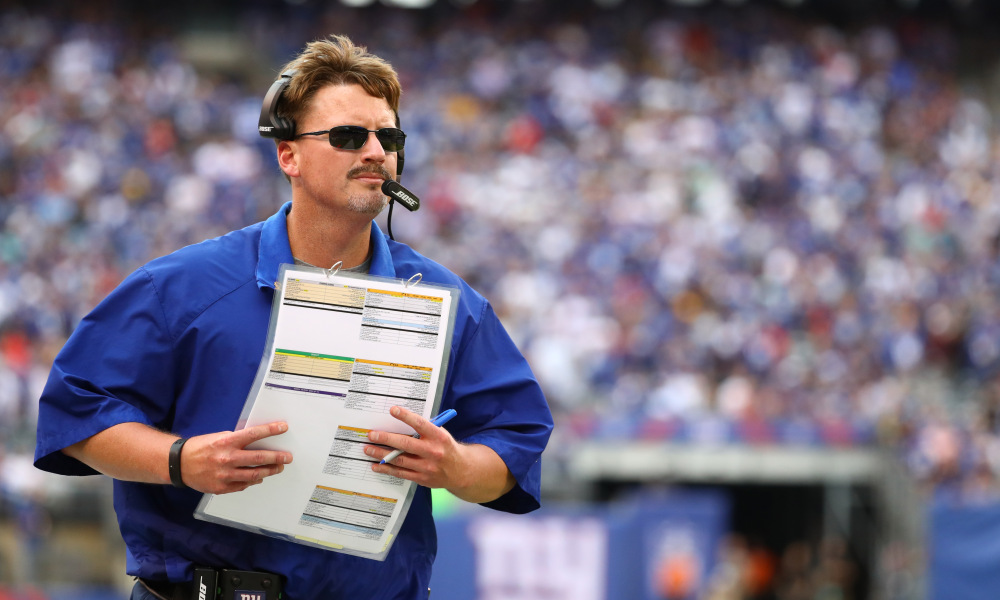 The New York Giants held a serious team meeting, and it made head coach Ben McAdoo seem even more unprepared for his job. Surprise, surprise.

This week, the New York Giants held a serious meeting with the coaches and players to iron out issues of effort. Head coach Ben McAdoo got more “to the point and critical” than he normally does. Players were called out, film mistakes were shown, and everyone saw it as a huge wake-up call. This is Week 11 by the way. The Giants are 1-8, and their season is already over.

Holding such a meeting this late in a lost season is weird to begin with. Fans have known that this team has looked lethargic, bordering on quitting, for weeks now. Why did it take McAdoo 11 weeks to see it and decide to do something?

It becomes weirder when you hear the comments made by players after the fact. Dominique Rodgers-Cromartie was asked whether this meeting would have been better served weeks ago.

YEAH, DEFINITELY. I THINK IT WOULD’VE PUT GUYS AT A DIFFERENT ATTENTION ON ALERT BACK THEN, BECAUSE NOBODY WANTS TO BE CALLED OUT…I THINK IT COULD’VE HELPED IF IT WERE DONE EARLIER OR NOT, BUT AT LEAST IT GOT DONE.

At least it got done? The season is lost, and it took 11 weeks for guys to get called out? Or what about the comments that it was a wake-up call to see mistakes on tape in front of the team. Again, what is McAdoo doing for two months prior to this? Is this meeting the first time guys have watched tape of themselves?? Fans have seen on the Sunday broadcasts that guys weren’t giving full effort, yet McAdoo takes this meeting as a real breakthrough. It’s November 16th. The Giants are seven games out of first place.

Prior to this major, serious, heavy meeting, McAdoo had been called out anonymously as having lost the locker room. He called the report fake, then proceeded to lead a team that had obviously quit on him that following Sunday.

ALSO ON BUZZCHOMP: Real vs Phony in the NBA Thus Far

Much earlier in the year, McAdoo gave up play-calling duties during a week in which his offense had been decimated by injuries to all of its biggest weapons. He then announced, in not so many words, that his defense apparently needed his attention too. Did it take another six weeks for him to get around to that?

It feels like McAdoo is two or three steps behind every occurrence, which is simply horrible for a head coach. He is reacting rather than being proactive, which is bad enough. But he is also reacting much too slowly, which makes it worse. Fortunately for him, the New York front office reacts just as slowly in its decision-making. He will be given the rest of the season to save his job. At this rate, he’ll probably get around to it sometime in February or March.