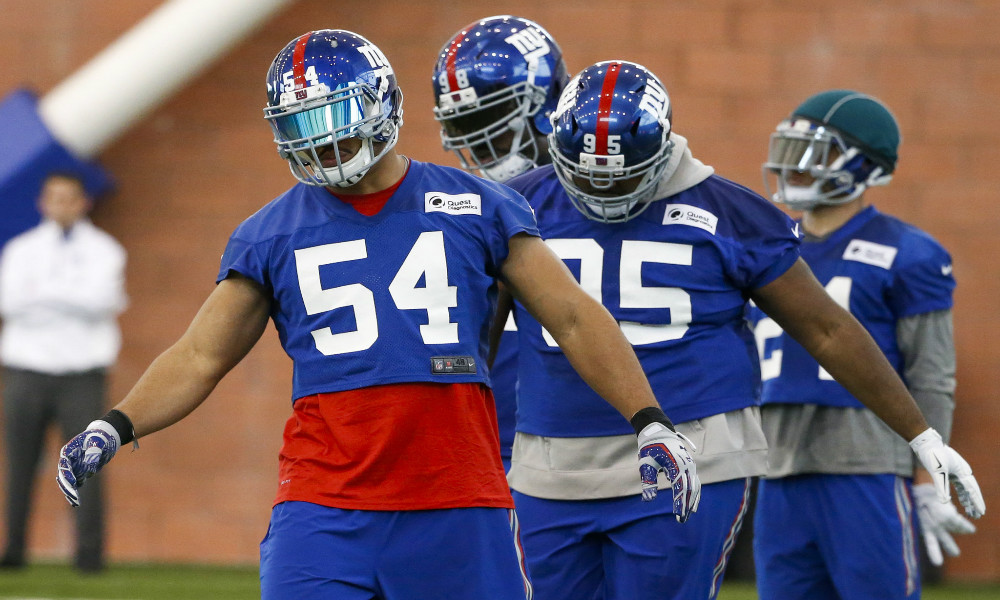 The New York Giants spent a lot of money on their defensive line this offseason. Though the defense has been good, the line has not been. Thus far, the additions have not been worth the investment.

No, ESPN, the New York Giants’ signing of Olivier Vernon this offseason has not shored up their defensive line. The move has not paid off, and it goes beyond Vernon’s lack of any kind of production on the stat sheet. He has just two sacks through eight games, but the Giants’ defensive line has been poor across the board. The possible argument that Vernon is sucking up blockers for the benefit of other rushers is faulty. The entire line ranks 30th in the NFL in rushing the passer. Its 3.7 percent sack rate is better than just two other teams in the league. The possible argument that the line is at least shutting down opposing running games is also faulty. It is 25th in the sport in adjusted line yards. Nothing is going well.

Interestingly, the Giants’ defense does stop the run well after backs get through the defensive line. New York ranks third in football in second-level run prevention and seventh in the NFL in open-field runs allowed. Once a back gets more than five yards down the field, the Giants are as good as anyone at shutting him down. Before that, against what is essentially just the d-line? Bottom third in the NFL.

ALSO ON BUZZCHOMP: HBO Cancels Bill Simmons’ ‘Any Given Wednesday’

While the defensive line comes up very small, the defense as a whole is pretty solid. It ranks ninth according to DVOA, though it has faced a very forgiving schedule in terms of opposing offensive talent. So if it is a top-10 unit overall but 25th along the line, it’s essentially everyone outside of the big offseason purchases that have succeeded.

Landon Collins is certainly succeeding in the secondary. He became the first safety to be named Defensive Player of the Week twice in a row since Troy Polamalu in 2010. Part of the story surrounding Collins is how he leads the Giants in tackles, sacks and interceptions through nine weeks. A box safety leading the team in tackles is fine. Him leading in interceptions is okay. Collins leading in sacks is just plain bad, especially since the big number that he leads with is three.

I’m sure scouts are able to find impacts the defensive line is having that go beyond the numbers. That is certainly true for a team defense that performs well. Yet it’s hard to make claims that the line has been worth the offseason investment, when the main thing to point to is the success of the entire unit. The line has actually been the least productive piece and could be holding the defense back from even better results.

More NYG: Why Are the Giants Always Getting Hurt?