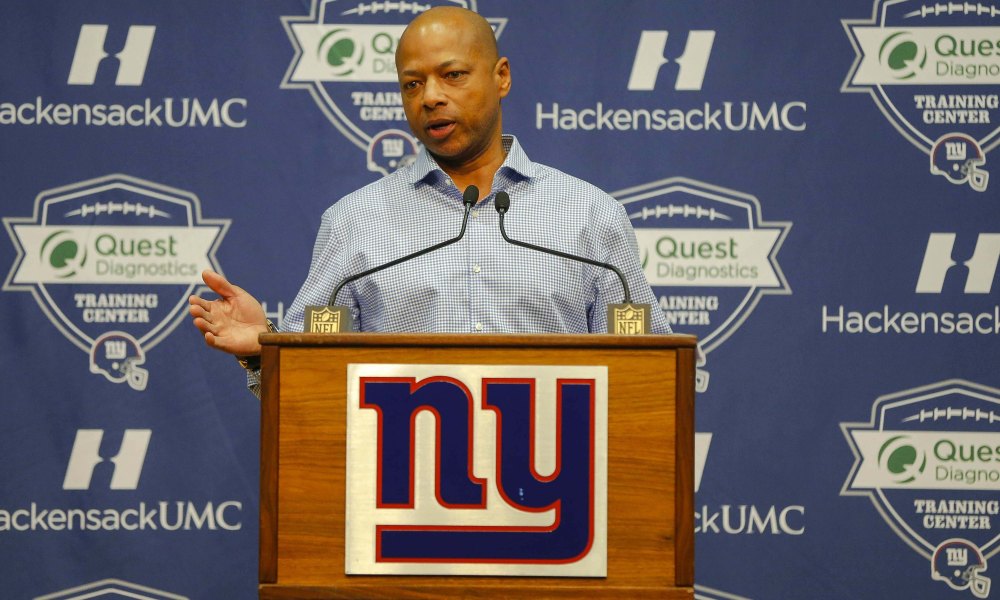 After losing to the Green Bay Packers in the wildcard round of the NFL playoffs, the New York Giants have officially entered their offseason. The news surrounding the team is flowing from one portion of the roster to another. This is the Biggest News of the Week.

Now that the Giants have entered the offseason, a lot has gone on in New York. Over at Pro Football Spot I cover the New York Giants full-time. Here are the best news items of the week via PFS:

Remember when Tony Romo took a trip to Mexico before the Dallas Cowboys played a playoff game? The Cowboys lost, and everyone blamed the fact that Romo went on vacation before a game! Except, well, he didn’t really. Dallas had a week off. Despite this being not only an off-day for Romo but an off-week, he was skewered. As the Dallas Star-Telegram exclaims, the “’trip to Cabo’…became a defining moment in Romo’s career.” Ten years later, Odell Beckham Jr. has become the new Tony Romo.

1/9/17: Giants GM Questions the Future of His First-Round Pick

Earlier today, ESPN staff writer Jordan Raanan shared a quote from New York Giants general manager Jerry Reese. The quote was in regards to the team’s starting left tackle, second-year man Ereck Flowers: “It’s time for him to show the fruits of being a first-round pick.” Raanan went on to say himself that the Giants will “evaluate whether that is at left tackle.”

After the New York Giants’ loss in the wildcard round of the postseason, defensive end Jason Pierre-Paul was ready to talk about his future. He told the media that he will not be signing another one-year deal like he did last offseason. Pierre-Paul signed a prove-it deal, and he feels as though he proved enough in 2016.

1/11/17: Odell Beckham Has Bigger Problems Than a Boat Trip

Odell Beckham Jr. was dragged through the media ringer after his subpar performance in the New York Giants’ wildcard-round loss to the Green Bay Packers. He was criticized for taking a boat trip the week prior; he was harangued for dropping passes and not being the game-changing player he has been in the past. It seems, though, that his actions after the game were far more alarming and should have been what dominated headlines instead.

On Wednesday, the NFL’s Chargers franchise announced that it would be announcing on Thursday some news about the future of the team. Later reports confirmed that the news pending for Thursday was breaking news on Wednesday that the Chargers would be relocating to Los Angeles. News is stupid sometimes. At least Giants fans can feel safe.

The jury is still out on New York Giants’ head coach Ben McAdoo. People outside the organization want to credit him for the team’s jump from loser to playoff participant, but that seems like too simple an explanation. Maybe he changed the culture and everything that had been failing the team in recent years. Or maybe he was just on the right side of some good fortune in 2016.

That wraps up the week. Check out Pro Football Spot for the full articles and more New York Giants’ stories and news from around the NFL.