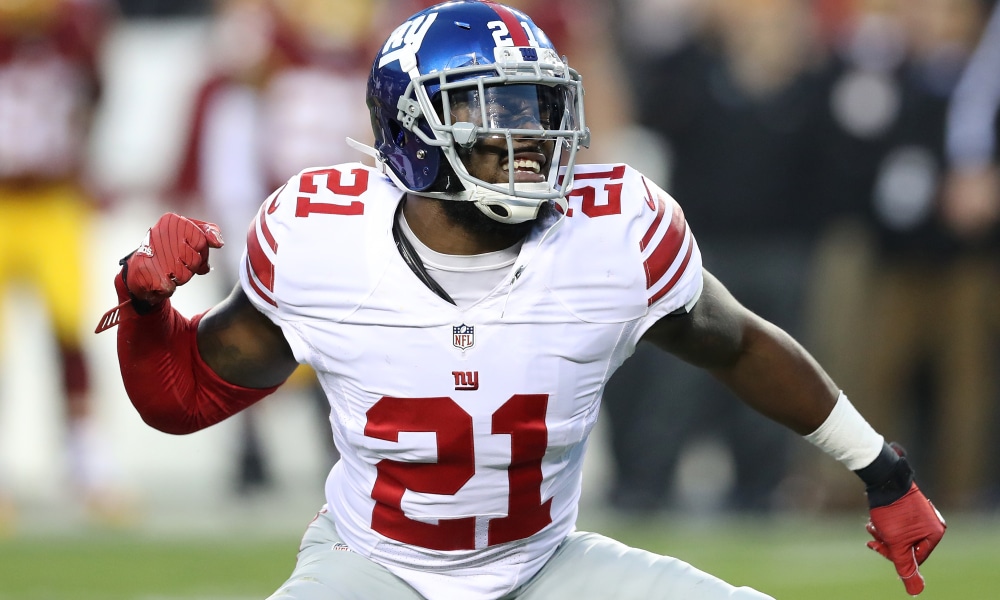 The New York Giants are hoping for a rebound season in 2018. The first five games of the schedule certainly don’t help matters, though. The Giants have a brutal slate to begin the year.

During the offseason, no one is quite sure how an NFL schedule is going to turn out. The league turns over too much each year for a difficult or easy schedule to bear fruit six months later. That said, first glance sure seems to indicate that the beginning of the New York Giants’ 2018 NFL schedule is b-ru-tal.

This year, the NFC East is paired up with the AFC South and NFC South. Thanks to a last-place finish in 2017, New York will also get two extra games against the remaining last-place NFC teams from a year ago: Chicago and San Francisco. One thing that becomes incredibly obvious when staring at the team’s schedule, though, is that some of its easier matchups – and those last-place matches – don’t come for quite a while. The first portion of the Giants’ season is quite a gauntlet indeed.

The season starts with a home game against the Jacksonville Jaguars; they of the +149 point differential of a year ago. Besides departures at wide receiver, they are mostly running things back. It is quite feasible that Jacksonville will be one of the best teams in the AFC again this season. That is not the type of opponent New York would’ve been hoping for to kick off a new regime.

After Jacksonville, two road opponents don’t let up. New York travels to Dallas in Week 2 and to Houston in Week 3. Maybe the team sticks around in Texas all week, but that convenience will hardly aid it on the field. Though neither the Cowboys nor Texans had the 2017 season it was hoping for, both teams could be in store for massive rebounds. Houston especially could be outstanding this season. Healthy returns of Deshaun Watson and J.J. Watt give this squad stars on both sides of the ball. The Giants’ main hope here is that neither player is yet 100 percent for Week 3, as both are recovering from major injury.

In Week 4, the start of the NFC South matchups begin. New York faces New Orleans at home and Carolina on the road. Those two teams combined for 22 victories last season, and each is helmed by a perennial MVP candidate. It is unlikely that the Saints and Panthers (and Atlanta Falcons) all win double digit games again this season. But that doesn’t mean the South will turn into pushovers overnight. This division is infamous for its annual turnover, yet it is never an easy opponent for other divisions.

The Saints continue to have one of the best offenses in football. Not even a Mark Ingram suspension will change that. On defense, where N.O. has always leaned on forced turnovers, the team paid a pretty penny to trade up for defensive end Marcus Davenport. If he develops alongside Cam Jordan and a premiere secondary, New Orleans will be able to create havoc yet again.

ALSO ON BUZZCHOMP: Who Should Have Actually Won 2018 NBA Finals MVP?

If any of the top South teams feel primed for a tumble, it is Carolina. The Giants likely won’t have an easy time in Carolina regardless, though. Cam Newton presents a mismatch against even the best defenses. New York will have to shadow him with the likes of Landon Collins, forcing the linebacker corps to run with Greg Olsen, Christian McCaffrey, and Curtis Samuel. Alec Ogletree is an important addition to Big Blue for this very reason, but linebacker remains an area of weakness. This is especially true considering the team’s switch to the 3-4 and the necessity for pure rush ends like Olivier Vernon to take on more responsibility in coverage.

By the time the Giants come out of their first five games, another losing record could be notched. It won’t mean the team is on a course for a repeat of ’17. On the contrary, even an improved and successful team would struggle with that slate of five games. There is no easy out, nor even a clear game where the New York Giants will be favored.