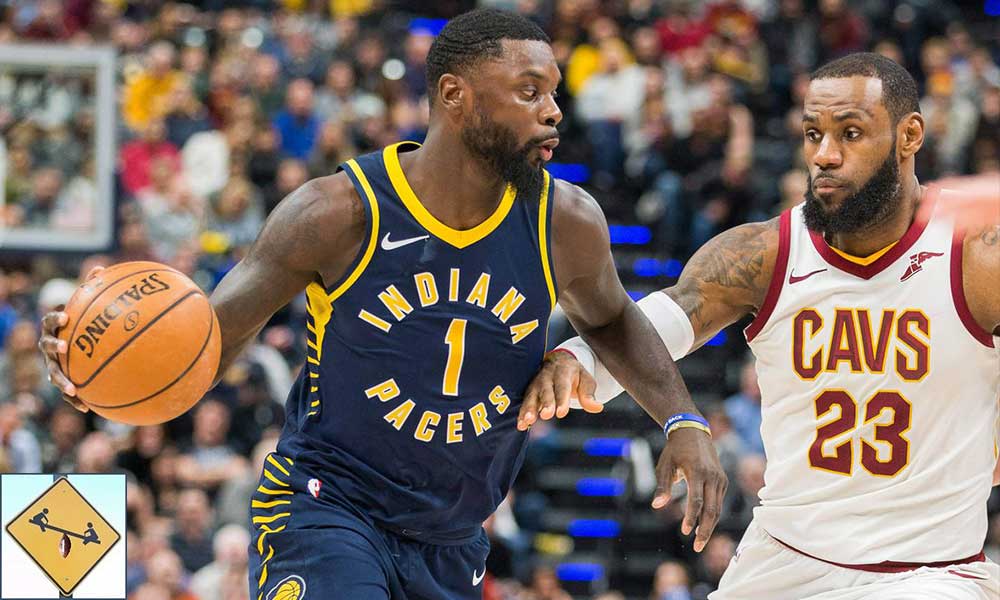 One series is over and many more are close, but one thing is for certain in the NBA Playoffs 2018. Cleveland is reeling and the East is officially up for grabs. Can Philly go all the way?

To the surprise of many, the Indiana Pacers have thus far looked like the superior team against the Cleveland Cavaliers in the first round of the NBA playoffs 2018. Outside of that series, has anything surprised you? Home court held serve in three other series as of Saturday morning. The only other outcome that has gone against seed has been New Orleans taking a commanding 3-0 series lead over the Portland Trail Blazers and then eliminating them Saturday night. However, before the playoffs began, we pointed to Portland as being a desired round two opponent were it to advance. There was hardly a difference between the three seed and the eight seed in the West this year. The fact that the Pelicans have taken it to the Blazers is hardly unfathomable.

Not even through round one yet, do your expectations for the NBA Finals change with what action we have seen? My answer is yes. In the West, nothing is different for me, though. The Golden State Warriors were the best team before the season. They are still the best team now despite what Houston did during the regular season. With Steph Curry set to return sometime during round two, I see no reason anyone will unseat them. The San Antonio Spurs are proving no obstacle whatsoever to a Curry-less Warriors team. It would have been fun if Kawhi Leonard had returned for the playoffs, but it wasn’t meant to be.

In the East, however, I am changing my opinion. For the past few years, the East was always stupid. LeBron James and the Cavaliers looked lackluster and then steamrolled fools once the playoffs began. The defense was atrocious until it mattered and it wasn’t. The entire regular season was irrelevant. This year feels different. The regular season was still the same as it had been, except Cleveland admitted the lackluster play was a major issue this year and made huge moves prior to the trade deadline. After the overhaul, the team still looked lackluster. That was red flag number one. Kevin Love isn’t healthy, and as James’ running mate, that is red flag number two. Without a premiere Love, the Cavs are actually having trouble scoring, which is a massive red flag number three. This team was supposed to be awful defensively, and instead it is losing because of its offense. The Pacers have yet to reach 100 points in this series, which is kind of amazing, but the Cavaliers are averaging just 90 ppg through three games.

I’m not ready to declare that Indiana is going to win the series, but I am confident in saying that Cleveland won’t be making the Finals. For the first time in his career, James can’t do enough to change that. And it’s weird because the East slate isn’t that formidable. With Boston a shell of its optimal self and Washington not looking like the Wizards of old all year, only Toronto and Philadelphia are really excelling beyond what would have been expected prior to the season. Either one could knock off Cleveland I suppose…if the Cavs even make it past the Pacers.

I’m not truly surprised to see the Pacers pushing the Cavaliers to their brink. Indiana has been a tough playoff opponent for the past few years and now sees a vulnerable team in Cleveland with Love out. But I still expect the Cavs to advance. LeBron James will find a way to get his team out of round one. That being said, I too have renewed vigor for what might transpire in these playoffs. My expectations for the NBA Finals have completely shifted, especially in the East.

While I believe Cleveland escapes their series versus Indiana, I no longer see them as a lock to make the NBA Finals. The Cavaliers will be eliminated prior to reaching their goal in the NBA Playoffs 2018. Who will take out James and push him out of Cleveland in the process? I expect all four top seeds to advance in round one, meaning Toronto will get the Cavs in the second round, with Boston facing off against Philadelphia. Ultimately it will be the streaking Sixers who eliminate the Cavaliers. Their story is too good and their young players are starting to peak at the perfect time. With Embiid back and Simmons lighting it up, they are now the team to beat in the East. Talk about ‘the process’ truly completing its goal, minus the man who developed it. I want to see Philly in the NBA Finals as a younger version of the reigning champs in Golden State, figuratively speaking.

I still expect the Warriors to make the NBA Finals and face the upstart 76ers, but their road is going to be as hard as we’d hoped before the NBA Playoffs 2018 got underway. New Orleans is no slouch and may be the team we wanted when they started making deals last season. They easily eliminated Portland, giving them plenty of rest before their likely series with Houston. The Rockets are having issues with Minnesota, as expected. Oklahoma City and Utah are as close as the standings indicated all year. Golden State is easily taking care of a hobbled Spurs team. We are getting what we thought, but also what we want. I’m not ready to pencil in the Rockets and Warriors for the West Finals. That is what has changed. The Pelicans at full rest can beat Houston. OKC or Utah won’t beat the Warriors, but at least it will be great basketball.

Its fun to see stars emerge in the NBA Playoffs 2018, new and old alike. The regular season has always been an afterthought to the playoffs when they finally arrive. But recent seasons have produced early round action that was an afterthought to the expected NBA Finals matchup of Cleveland and Golden State. That era is not over, but it’s definitely evolved into something more exciting. Other teams have a real shot this season!