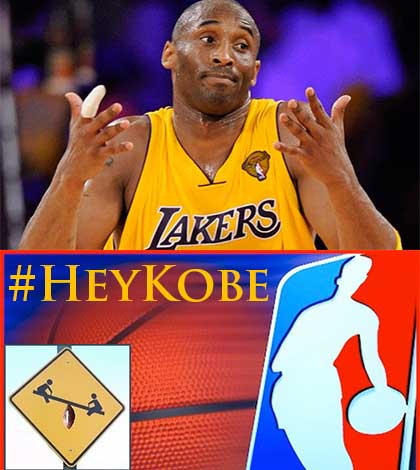 I cherry picked my transaction list a bit. Obviously not EVERY move that went down was a poor decision. Paul Pierce signing with Washington seems pretty nice for both sides. Dwyane Wade came back to Miami for a bit of a discount, which is good for the club obviously and nice of him.

The odd part with Wade, and it relates to the point of players being their own business, was that he opted out of a better deal. He had two years and $40+ million remaining on his contract when the season ended. He declined his player option, everyone assumed, to reconvene with LeBron and Bosh and get the roster back in order. LeBron would get what he gets, Bosh would take a similar contract to what he had presumably, and Wade would decline two years and 40 so the Heat could pay him something like four years and 52. They would extend Wade past what his play deserved because he did them a solid by lessening the yearly load on the cap.

Well once LeBron ruined the best laid plans of mice and Pat Riley, it seemed like a foregone conclusion that Wade would just come back for as much money as the Heat could manage. Instead, he takes less than he would have gotten if he opted in and was still given just a two-year deal according to reports.

I don’t get it. Just add it to the list of questionable transactions this July in the NBA. Why is it on Wade to take less. Why can’t Heat owner Micky Arison just make less?

And that’s the key point in the NBA hot stove league. It’s been mentioned a few places around the web this week. It’s confusing as to why fans are so quick to point out when a player screws over a team’s cap (hey Kobe!), but no one ever mentions how an owner could just go over the cap and pay more penalties if he really wanted to win.

In this large discussion of players controlling the league and players being their own business, the owners still have the upper hand in everything. They can offer less and if the player balks, just call him out for being selfish. Or, even more heinous, owners can drastically overpay players because they’re stupid sometimes, and if it doesn’t work out, the player with the undeserving deal is the one to take the fall (hey Kobe!).

I’d like to get the hashtag #HeyKobe trending, or at least work it into our daily rhetoric to mean getting yours and giving everyone else’s concerns the proverbial middle finger. I’m all for this mindset, especially in Kobe’s case when he has so obviously earned the right to act this way. To your point, the Lakers chose to pay him his, so #HeyKobe indeed!

Since so much of what transpired on the boiling hot NBA hot stove was damned confusing, I’m not going to be one of those people who tries to explain something that has little to no explanation (Did you like how I used an inappropriate, yet related, adjective for the stove? I enjoyed it.). Instead I have to bring it back to the NBA fans and their perpetual nightmare. It’s not unique to the NBA, but it seems to be infinitely more obvious when one or two star players makes all the difference in the league. Fans are stuck with their team’s owners, unless they are willing to find a new team.

Before you lambast me for heresy, fans can choose to root for a different team. I realize this is an outrageous idea, but if Donald Sterling is not gone as the owner of the Clippers, we may find out how many fans are willing to find a new team. My point is, no matter how much the NBA players control things, it always comes back to the owners.

You’d think this is obvious, but as you noted, fans and the media rarely blame an owner for saving money. There are cheap people in this world and free spenders. There are those owners who want to win at any cost and others who are just running a highly profitable business. We fans are born into our allegiances in many cases. But in the NBA, when your team is only fun to root for if it has a star player, this feels increasingly detrimental to one’s fandom.

Lakers fans can bear a few bad seasons because they have years of success and championships to fall back on. But what is a Milwaukee Bucks fan to do? They rarely have a star player to root for, let alone have a successful season. Sports only measures success one way. With owners measuring things differently, it’s no wonder the NBA hot stove made no sense.

Oh, and Kevin Love. His domino is still teetering about and if history is any indication, he’ll land with the Celtics.

[If you missed Part one – NBA dominoes turn up ca$h]