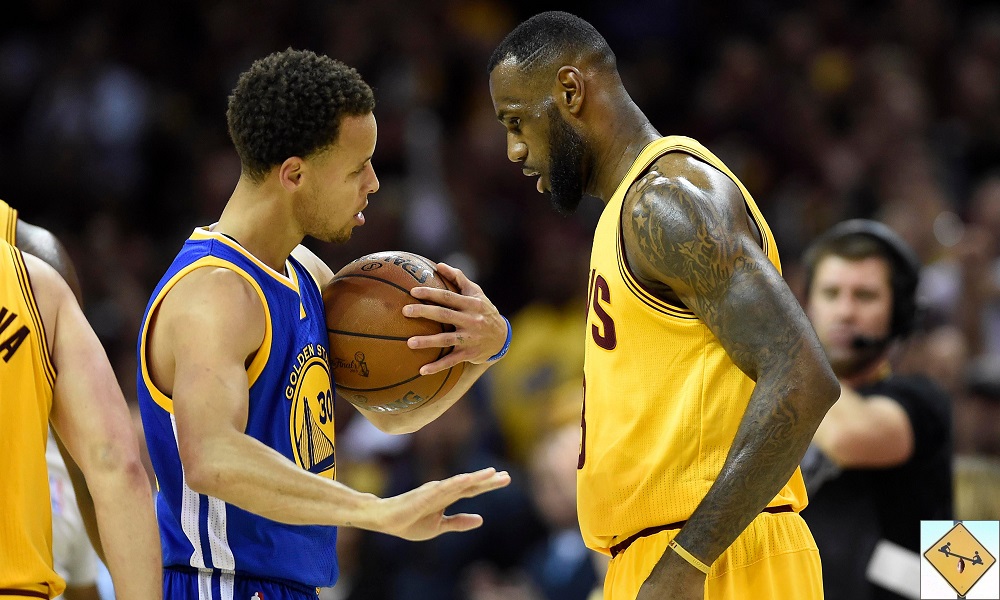 No one wanted a rubber match, but everyone needed a rubber match. The NBA Finals 2017 are everything that’s great about sports, even if the Cleveland Cavaliers are playing the Golden State Warriors again.

It took a while (boy, the NBA playoffs take a while), but here we are. For the third straight year, the Cleveland Cavaliers will face the Golden State Warriors in the NBA Finals 2017. For the seventh straight year, the Finals will feature the league’s best player, LeBron James. It was all so predictable months ago that it feels almost surprising to finally get here.

People have been overly critical of the NBA postseason thus far, and rightly so. It has been a slog of blowouts and bad basketball between teams that were either assured of making the Finals or had no shot of doing so. Basketball is really the only sport we have that is so easy to project. Fans and analysts use this as a mark against the sport, but it should probably be the opposite.

Parity is good in terms of making more fan bases interested in a season or series, but it is not good in terms of long-term health or popularity of a sport. You know what builds history? Dynasties and rivalries. In 20 years, no one is going to remember anything about the first three rounds of this postseason. It won’t matter that the games were bad for a month. And in that long-term scope, it wouldn’t have mattered if they were really good either. That’s not how looking back works.

Even in the short term, though, parity isn’t always ideal. Just look at this year’s Stanley Cup Playoffs. They have been televised alongside the NBA playoffs for weeks now, yet there isn’t much buzz this year. It’s not because the games have been bad. It’s because the teams playing have been products of parity. Only one one-seed made it through round two. Nashville and Anaheim were in the Western Conference Finals. Ottawa was in the East finals. Besides the Pittsburgh Penguins, everyone else playing these past few weeks was a less-than-historic franchise with few famous stars.

Every hockey fan knows P.K. Subban, but they know him from playing on Montreal and his trade to Nashville; not from his actual play on the Predators. And besides Sidney Crosby, no player remaining transcends the sport. Erik Karlsson is a legendarily great offensive defenseman for Ottawa, but no one in America could pick him out of a two-person lineup.

So maybe the NBA should consider itself fortunate to have ended up with yet another Cavs-Warriors series with no surprises leading up to it. The only thing worse than a slog to this threepeat would have been if the rubber match didn’t materialize at all.

No one wanted the entire NBA regular season and playoffs to once again be rendered meaningless for the third straight season. No one wanted the Eastern conference to be an afterthought to LeBron James for a seventh straight year. But the NBA Finals 2017 represent what is great about sports. It’s what all fans big and small need, and it’s why we continue to care season after season. Great teams create unexplained loyalty and hate. Dynasties generate unparalleled interest. The rubber match of Cavs versus Warriors is everything great about sports and all that we hate wrapped up in a beautiful package.

The New England Patriots are a true dynasty in the NFL. The fact that the New York Yankees are good this season is great for baseball, because its most popular team is again in contention. LeBron James making the NBA Finals for a seventh straight season is the best thing possible for the NBA. Look at how Michael Jordan continues to transcend and be relevant, years after his own teams made NBA Finals after NBA Finals. The fact that LeBron is facing another dynasty for the title only makes the drama sweeter. Golden State is scary good and added another All-star since last year. Cleveland is scary good and keeps reloading to stay on top. It sucks that the playoffs were kind of boring, but this rubber match is the best possible story in the NBA. Both teams have beaten the other for a championship. Now the NBA Finals 2017 will determine who is supreme, at least until next year.

We made a valiant effort to generate an argument for ANY other NBA team reaching the Finals this season, but knew it wasn’t going to happen. In the NFL, injuries consistently derail the best teams enough to make every playoffs competitive and an open question. In baseball, teams get hot and cold over the long slog, making the playoffs truly an unknown in recent years, more or less. The NBA is not as affected by injuries and manages enough rest between playoff rounds for hot and cold streaks to never happen. The best players ALWAYS win. The best teams NEVER get upset.


I want the Los Angeles Clippers to win a championship, but unless they find a combination of talent that’s better than Golden State, it’s never happening. The NBA Finals 2017 is exactly what sports fans need and exactly what no one wants to admit they want. I’m excited to watch the Finals, after deliberating avoiding the entire postseason to this point. We all knew who was going to win.