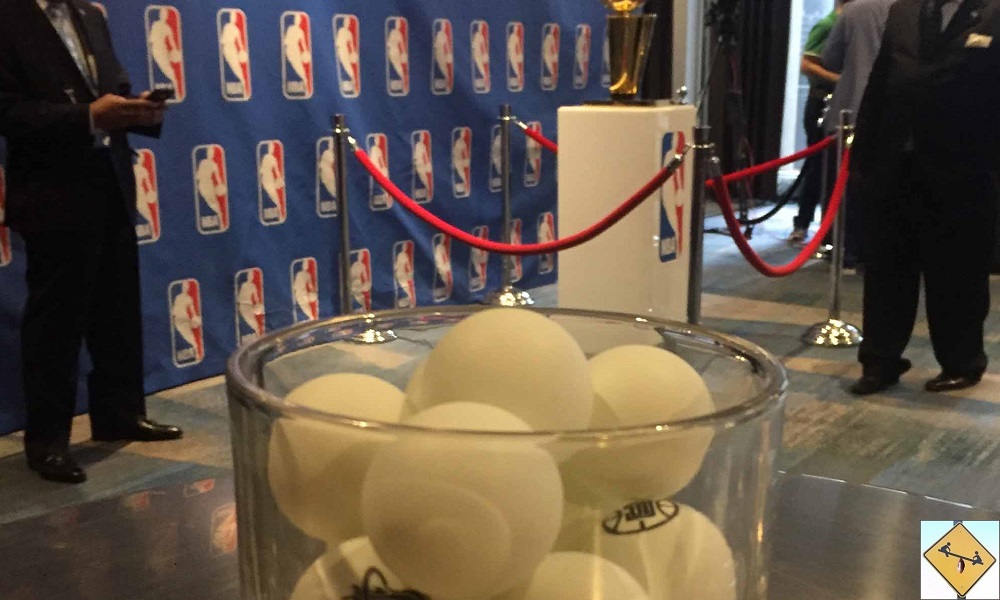 Changes to the NBA Draft Lottery are coming, with consequences unforeseen. The league’s intention was good, but tanking is now easier than ever before!

Though the NBA season is still a month away, the league continues to dominate headlines. After the Carmelo Anthony trade, Dwyane Wade became news. He was released from Chicago and joined his buddy LeBron James in Cleveland, giving the Cavaliers a third creator it sorely needed. Wade can’t play 82 games or 35 minutes a game anymore, but as a creator off the bench, he should be superbly valuable to that squad.

Then, NBA draft lottery reform dominated the headlines. The league announced changes to how the NBA Draft lottery is done, including lessening odds for the top teams to receive the top pick and smoothing out odds for middle lottery teams. The fact that all this noise is taking place right in the middle of baseball’s playoff hunt and the NFL season is incredible. The NBA may not get the ratings the NFL does, but it is the most popular online sport, and it’s not even close.

There is no longer an incentive to have the worst record in the league because the three worst teams all receive the same chance of winning the first pick. There is now, however, a much larger incentive than there used to be to fall in the middle of the lottery. The odds for those teams have risen rather dramatically. This would presumably make bad teams try all year because their odds from the middle are still good. Hooray, tanking has been eradicated! Or, and this has been said in many other places as the most obvious consequence of this reform, now borderline playoff teams will look at the standings and realize missing the playoffs is better for their future than getting stomped in the first round by the top seed.

Basketball doesn’t have upsets, especially not in the first round. There is probably some level of emotional or locker-room benefit to making the playoffs, but how can that possibly outweigh a chance of getting a top four pick? And where does that benefit lie after a four-game sweep in which the team was not competitive?

It still feels obvious that the best way to handle the NBA Draft is to somehow make a team earn that first pick, either through a tournament of lottery teams or some other fashion. All this reform did was make it more beneficial to be kind of crappy rather than incredibly crappy. Maybe that was the objective, but The Process (#trusttheprocess) was much more thoughtful and intelligent than a plan of being kind of crappy.

It’s important to note that changes to the NBA Draft Lottery go into effect for the 2019 NBA Draft, not this coming year’s event. Will this cause an all out tank-fest for the 2018 NBA Draft, the final year of the old system? Gosh I hope so! Off the court NBA news is WAY more fun than our usual regular season basketball. Hell, even the playoffs have been so predictable of late that a potential tank-fest is more interesting.

These changes are going to backfire so hard, it’s not even funny. Dallas abstained and Oklahoma City voted against this change. Only two teams saw the true writing on the wall. Scroll to the bottom of ESPN’s article to see the new odds for achieving a top five pick in the NBA Draft. Not only does this encourage more tanking, but it gives many more teams an incentive to be bad.

The bottom ten teams in the NBA are now the tanking sweet spot. The 10th worst team has a 15% chance of a top five pick and a 10% chance at a top three pick in the draft. Previously the very same team had only a 4% chance at either draft slot. That is a HUGE increase to the odds for what is the 10th worst NBA team. There are 30 NBA teams and 16 make the playoffs. That leaves 14 non-playoff teams every season, with ten of them having at worst a 10% chance of getting a top three pick. You do not want to be teams 11 through 14. That means lots of tanking!

Getting into the playoffs is better than being team 14, but it’s not better than being teams 9 or 10. This could be the difference of a mere two or three losses. The ease at which you can tank into the bottom ten is uncanny. Tanking for last was at least difficult. I applaud the NBA for making changes, because any kind of change is difficult and tanking is no fun to watch. Even NFL teams are being accused of tanking this season, but when did rebuilding become a negative word? That is what tanking is, a strategy to rebuild by getting the best possible young player available. If you are not going to compete for the title, and 98% of the NBA is not, then getting the best rookie seems obvious for future success. How did this become such a bad thing?