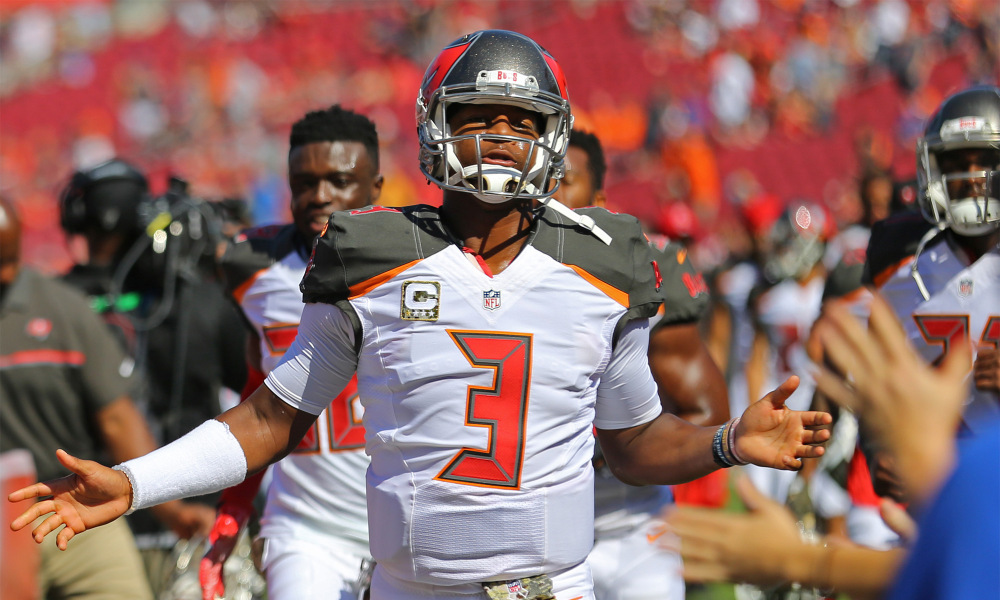 Jameis Winston and Eli Manning don’t resemble one another, but they have eerily similar games. As the two face off on Sunday, which quarterback can be counted on?

On Sunday of Week 4 of the NFL season, the New York Giants will face off against the Tampa Bay Buccaneers. Story lines for this game are all over the place: the Giants battling out of an 0-3 hole, Odell Beckham Jr., Tampa Bay’s outlook after its unplanned bye to start the year, OBJ versus Mike Evans, etc.

A story line that isn’t on anyone’s radar revolves around the quarterbacks, which is not normally a position that gets ignored. Eli Manning and Jameis Winston face off in this game, and despite their obvious and physical differences, they are eerily similar passers.

In the most basic of comparisons, Manning and Winston are both turnover-prone passers who like to push the ball down the field, often to the detriment of their own squad. This desire of Manning’s has been stunted a great deal since Ben McAdoo took over as offensive coordinator and then head coach. The veteran quarterback no longer slings the ball downfield with reckless abandon. Instead, he dinks and dunks to an 0-3 record. Nevertheless, the player Manning has been for much of his career is surprisingly aligned with the player Winston seems to be developing into.

ALSO ON BUZZCHOMP: The Emmys Don’t Need to Change

Winston’s career has obviously just started, while Manning’s is reaching its conclusion, but here are some numbers.

Manning 6.6 (even with figures this year and last well below that mark)

Game-winning drives per year (through 2016):

Numbers are just numbers and don’t always mean much. This is something more though. These two guys, who don’t look or feel similar at all, have incredibly similar games. They are each also adapting on the fly as the league changes. Both have current career-best completion percentages this year, even as their interceptions remain high.

What does this mean? Does it mean Winston is going to win two Super Bowl MVP’s? Does it mean Eli Manning and the Giants have the edge on Sunday against his secret apprentice? Well, no, none of that. Beyond being interesting, it just means Manning and Winston are both volatile players. They both bring a lot to the table, but also take a lot away on occasion. They can win games and give games away. It means that Winston is certainly capable of eventually leading a team to the Super Bowl, if the rest of his roster complies. It also means that either team can win this Sunday thanks to the quarterbacks. We just aren’t sure in which direction that thanks will travel.