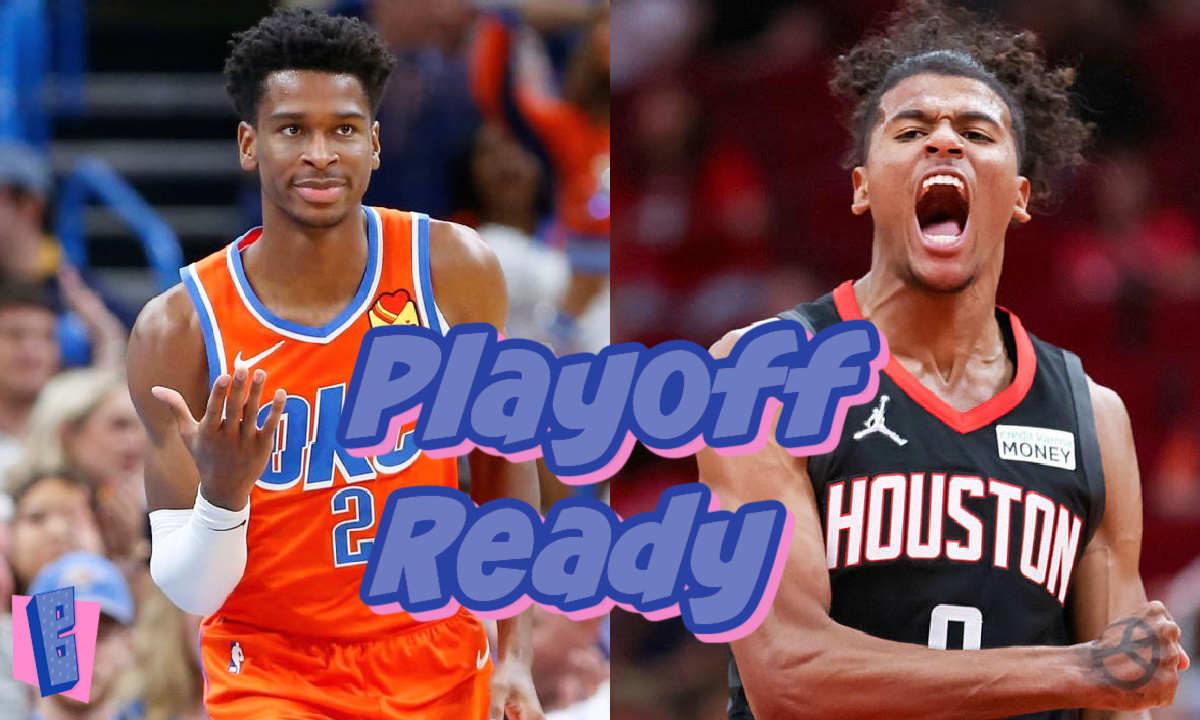 It’s considered a four player draft, but only two teams are poised to make the leap to contender status with the NBA Draft 2022. Watch out for the OKC Thunder and Houston Rockets.

The Golden State Warriors wrapped up the 2021-22 NBA title just days ago. We have hardly moved on from Steph Curry tearing it up on the court and cementing his legacy before it is time to look ahead to next season and beyond. It’s time for the NBA Draft 2022, where contenders are born.

The NBA Draft is this Thursday, June 23. It is the first stepping stone of the offseason and first chance non-contenders have to make waves in the hopes of one day being in the position the Warriors just were in. Despite the craziness of free agency each year, the draft is where championship rosters are built.

It is easy to see that fact reflected in our two finals teams from this season. Though the era of the super team perhaps put the draft argument to bed for a decade or so, we have circled back around. Who will be the next franchise to build a contender on draft day?

If you ask the draft experts, the NBA Draft 2022 is a four-player draft. We have no idea in which order the top four players will be selected, but everyone is pretty confident in who those four guys will be: Paolo Banchero (PF), Chet Holmgren (C), Jabari Smith (PF), and Jaden Ivey (SG). After that, it is anyone’s guess. Of course, there is no guarantee those four guys will be the best four players in this draft. In fact, it is almost guaranteed to NOT be the case just based on pure probability. There is so much we don’t know about players transitioning to the next level, that finding a star player is essentially the luck of the draw. With luck on their side, both the Thunder and Rockets can make the leap to contender status immediately.

Todd Salem: Watch out for OKC

Of the top lottery teams in the NBA Draft 2022, the Oklahoma City Thunder are the best positioned to build a contender with their (mostly) current roster. Building a roster over the course of years isn’t the only way to win. It was absolutely not the way many teams won this past decade, but if it is in vogue once again, OKC is well positioned.

The Thunder will be adding the second player in the draft to a roster that already includes perhaps two franchise building blocks in Shai Gilgeous-Alexander and Josh Giddey. Those two players are uniquely positioned to get the most out of their teammates thanks to their size, unselfishness, and passing. Any scorer that comes in should flourish more so than they might with another squad. The Thunder also have oodles of potential in some of their other pieces thanks to the complete teardown the franchise has gone through. If they hit with a big man at number two – one of either Banchero or Holmgren will be available – suddenly the framework is there.

A lot still has to go right. But a lot does go right for one team every season. OKC has been collecting assets in the hopes of cashing out with a winner. Thursday’s second overall selection could be the tipping point for the Thunder.

Dan Salem: Watch out for Houston

If this is truly a four player draft, then there are only four teams with a chance to pull off the leap. That said, it’s interesting to see mock drafts including other players like Shaedon Sharpe (SG) and Bennedict Mathurin (SG) atop the draft in front of the anointed four. Let us keep things simple, but also realistic. The top five teams can all make the leap with a slam dunk pick: Orlando Magic, OKC Thunder, Houston Rockets, Sacramento Kings, and Detroit Pistons.

Realistically, for a team to elevate into the NBA playoffs this coming season from obscurity, they better be in the Western Conference. All ten playoff teams in the Eastern Conference had a winning record, while only eight in the West were at least above average. Things were quite different a season prior, but we must focus on the here and now. The Thunder and Rockets have held up the bottom of the West for two years running. Both teams can make the leap.

Houston has an interesting mix of veterans and promising young players. Jalen Green was an excellent starter for the Rockets as a rookie last season. Eric Gordon continued to be a great contributor, even in his 14th season. If Kenyon Martin Jr. can become a starter in year three and Jae’Sean Tate continues to produce, then adding a star rookie power forward or shooting guard will solidify the starting lineup and depth of Houston’s roster. With the center position fairly secure with second year player Alperen Şengün, Houston can be a contender this season with one great pick.