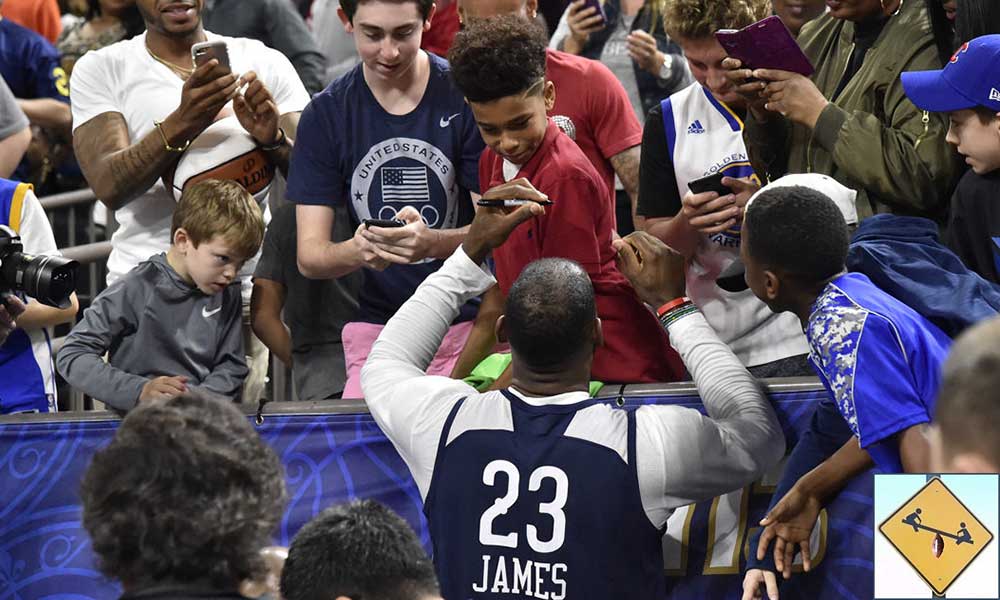 Prepare yourselves, because NBA All-star weekend 2019 is heading for rock bottom. The player draft was sweet and the 3 point contest aims to be legendary, but seriously! How do we save the best all-star event in professional sports?

The NBA all-star draft and trade deadline took place on the same day this past Thursday. The latter dominated the headlines, with contenders in Toronto, Milwaukee, and Philadelphia all adding major pieces. Anthony Davis was a saga that will continue into the offseason. Markelle Fultz will start a new saga in Orlando. Even the Sacramento Kings are making a playoff push after deadline acquisitions. But the deadline was nothing compared to the perplexing fascination of the all-star draft, leading the way towards NBA All-star weekend 2019.

I don’t think LeBron James is playing on the same level as the rest of us. He and Giannis, when drafting the starting lineups for their all-star teams, took the two players favored to be first off the board (James Harden and Kemba Walker) last. James took every pending free agent and everyone he was thought to have beef with. He then proposed the most idiotic of trades: offering a player that the other captain could have taken himself but declined. I don’t know what’s going on with this “event” in the future, and I’m not sure if this year’s version was a good argument for or against its existence in the future.

The rest of NBA all-star weekend 2019 comes down to the events we know and love to hate. The skills competition, as far as I am concerned, is supposed to be a battle between point guards and centers. This year’s roster has three forwards in the eight-man field. The only thing to watch is how much better of a passer Nikola Jokic is than the point guards he is competing against (of which there are only three!). The slam dunk contest is a surprising dud as well. Normally the lineup sprinkles in one or two guys we are interested in seeing. This year, the foursome has zero. Sure, the guys participating can certainly rise up and throw it down, but we didn’t even get B or C-level stars this year. We got rotation youngsters from the Hornets and Thunder, a young guard who was just shipped out of Dallas for not fitting in, and a big man from the fifth-worst team in the league.

As has been the case, the three-point contest is NBA Allstar weekend 2019’s best attraction. Defending champion Devin Booker, Steph and Seth Curry, out-of-his-mind Buddy Hield, Dame, Dirk, and Kemba are just some of the names in the 10-man field. The only way to make this group better is if we could replace two guys with Kevin Durant and Klay Thompson. As it stands, this batch is quite something. If this was the game itself, the fix would be in for Dirk to take home the title. Three-point shooting can’t be fixed in that manner, but everyone will be watching Nowitzki’s likely final moment in this spotlight.

They should just call it the NBA 3 point shooting contest weekend and other activities, because that is where all the excitement lives. The draft of players for NBA All-star weekend 2019 might ultimately be the second most exciting event, because ALL of the star players were involved. What LeBron James orchestrated was something special, silently tampering with nothing more than a smile and a meaningless draft selection. Should we now be excited for anything other than the 3 point shooting competition? Yes and no.

Personally, I still love the idea of the slam dunk contest. I love watching wacky and weird dunks, but it’s now more like an olympic competition, rather than a face off of stars. Olympic events are fun because athletes are doing something incredible. They are exciting because it’s for country and gold, but we rarely know the athletes prior to watching them compete. This is now the case with our NBA dunk contest. Athletes will be performing incredible dunks and casual fans hardly know the players participating until the event transpires. Unfortunately, there is nothing at stake. The NBA should seriously consider investing in prizes for these type of events.

What if the slam dunk contest winner won a trip to the Bahamas, or they were guaranteed to be featured in a commercial showcasing the winning dunk? Not only does this make the event more exciting for those watching, because something is at stake, but it likely entices more players to want to participate. It’s great that the 3 point contest will be amazing during NBA All-star weekend 2019, but it’s not enough to make fans care.

Every sports league is struggling to change its all-star festivities to grab interest from players and fans, but it’s perplexing how stubborn they’ve been to actually make changes. The all-star draft is great and letting players pick teams is certainly fun, but those changes are dangerously close to eclipsing all-star weekend itself in terms of excitement. This cannot and should not happen. Poll the players and ask them what needs to happen for them to play a real all-star game or compete in the dunk contest. Ask them what event they would want to see happen. Ask fans the same questions. Giving real prizes instead of trophies seems like an obvious and necessary change.