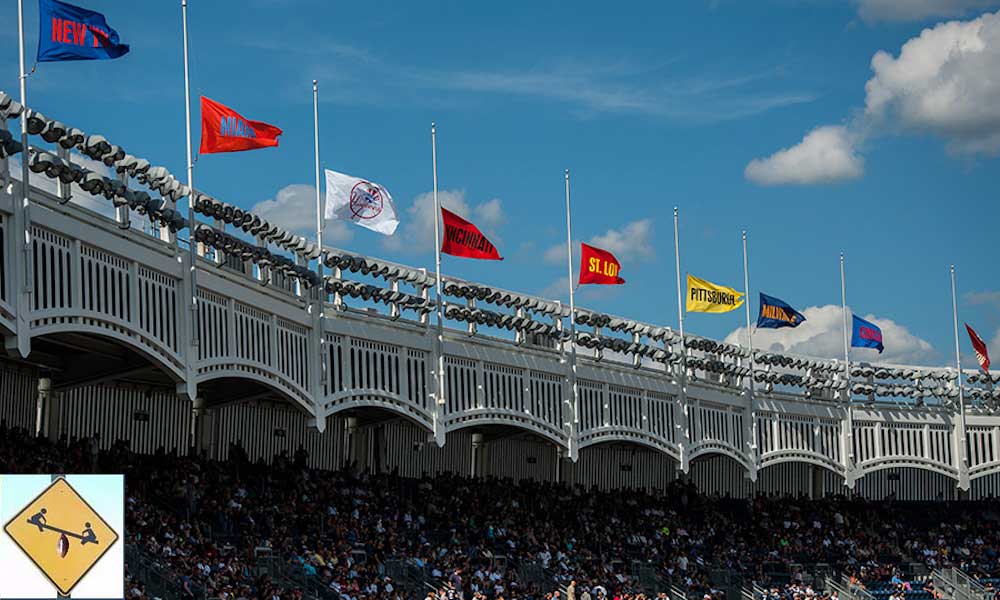 The proverbial hot stove in baseball is blatantly cold. With a myriad of reasons for such a shift, we decipher the cold stove of this MLB Offseason 2018.

There has been so little movement this winter in Major League Baseball that it’s easy to forget the league is even operating. Most folks thought the trade of Giancarlo Stanton and decision by Shohei Ohtani would open the floodgates; that teams around the league were holding back until those moves were made.

The logic there is semi-sound, though isn’t exactly straightforward. Teams were waiting on Stanton because, if they acquired him, it would alter their payroll in a major way, while also changing their depth chart, depending on what had to be given up. However, only a few teams were ever even in the running to get him, and after he announced just four teams he was willing to move to, that should have been a key to the other 26 franchises to move on.

With Ohtani, acquiring him would provide a possible ace starting pitcher to a rotation, meaning the need to pursue other targets would disappear. However, Ohtani’s salary is so low that his addition shouldn’t have changed a team’s plan one way or the other. It was a bonus through and through.

Those caveats seem to have checked out. We know Stanton and Ohtani weren’t holding up the offseason because now, weeks later, there has still been little to no movement across the entire sport. The biggest names signed around the league are the likes of CC Sabathia and Jay Bruce.

A number of theories are being floated about as to why movement has been so slow. What do you think is the cause of the standstill this MLB Offseason 2018?

The most obvious reason for the low level of action is the quality of the players available. There aren’t any elite guys available, and more importantly, there are very few simply good players on the free agent market. This was just a down year.

…but I’m not buying that. There are useful players across the landscape who would greatly help contending teams. The real reason has to be deeper. There is a sense that teams in 2018 are just smarter, which has hampered early signings. The logic goes that a smarter front office would wait out players and depress the contract necessary to sign them.

…but that reasoning seems misguided. Who is more likely to panic, a player with multiple suitors, or a team with a need to fill? Good contracts can be signed in January. Value isn’t guaranteed if a team waits until February to sign someone.

My favorite reason for the depressed market is something entirely different, and it’s completely circumstantial. The reason so few moves are going down is because the amount of teams looking to sign the best players is low! First, there are at least a few teams not looking to win this season, a la the Houston Astros prior to their resurgence. Tanking teams don’t need to sign veteran free agents. Second, the highest spenders in the sport are not looking to spend either! Those are the Dodgers and the Yankees, two teams looking to shed ’18 salary and dip under the luxury tax to avoid the harsh repeater penalty.

There are even more possible reasons than these listed. Most likely, every part of this equation has added to the limited movement, but if fewer teams are asking around, fewer players have places to go. It doesn’t have to be veiled and confusing.

A few more deals are trickling in, mainly because salary arbitration hearings are looming. Yet the proverbial hot stove has been utterly cold for much of the MLB offseason 2018 thus far. I’m not sure anything could top the Ohtani signing or the Stanton trade, but the lack of movement overall is perplexing. Yes, the Houston Astros successfully tanked up the ladder to win a championship. But the team also made solid trades and acquisitions along the way, up to and including the trade deadline in 2017 where they solidified their starting rotation with Justin Verlander. So what exactly is going on this winter?

I don’t buy the argument that very few teams are looking to sign the best players, nor do I believe that the majority of our former big spenders are aiming to save. Boston is literally one or two players away from being dominant, yet the Red Sox have been quiet. The Washington Nationals and Chicago Cubs both are coming off great years, yet have been quiet in an attempt to take down the Dodgers and reload for 2018. What gives?

Unfortunately, the likely answer is a complete mix of all of the above, but I’m willing to identify the strongest candidate. General Managers are leaning more and more on stats and metrics, while simultaneously refusing to throw as much money as possible at a single player, let alone their lineups. MLB GMs are smarter and they are collectively learning from the success of their peers. When the Yankees decide to stop throwing money to fill holes in their lineup, opting instead to build up the farm system, you know it’s not a viable solution. New York may have signed Stanton, but that was the exception. They seized an opportunity. Five years ago the Yankees bought anyone and everyone. That philosophy is dead and the league seems to have followed suit.

All of this is bad news for the players, but good news for fans. I don’t want my team buying solutions. I want my team to build a team. If that means waiting to sign a player in June, rather than January, then excellent. Let the young players prove themselves in the spring, then fill holes as needed. There is not an arms race to sign all available free agents any longer. Teams are believing in their farm systems and coaches. I don’t know if it’s a trend, or a one year aberration, but I like it. The MLB Offseason 2018 may be quiet, but it should make for a more exciting spring.