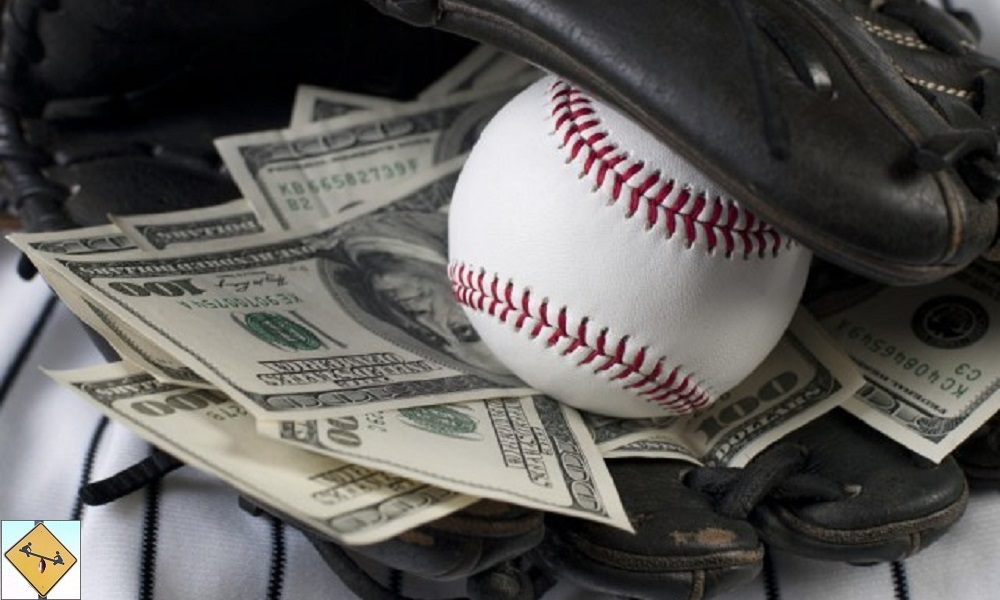 What are the Best Over/Under picks in Vegas for the MLB season? Who wins a lot of games and who will stink up the joint? These are your best picks, so bet accordingly. MLB 2017 Predictions.

ALSO ON BUZZCHOMP: Predicting the Top 4 Teams in Baseball for 2017

The Cubs winning 95 or 96 games wouldn’t be anything to take note of. It’s hard to find any value in either side of that projection. Instead, we have our eye on a few other clubs around baseball as the best bets against their over/under projections. These are your Best Picks in Vegas for win totals. Your MLB 2017 Predictions.

Todd Salem: I submit that the Cubs are the best team in baseball, but there’s a good chance the Nationals are second. They have some of the best star power in either league, led by Bryce Harper and Max Scherzer. Their lineup in general should be stellar, assuming health. I even like some of their bench bats, including Adam Lind and Derek Norris. The rotation is great. The only hiccup could be in the bullpen, but rumors still persist that Washington may make a move to acquire a closer, such as Chicago’s David Robertson. They easily covered this mark last year, and that was with downright bad years from Harper and Stephen Strasburg. And now we get a full season of Trea Turner to boot.

Dan Salem: Will the Giants be better than last season? I say no and that’s why I’m grabbing the under. The West division is still reasonably weak, but it’s also still the Dodgers to lose. If San Francisco picks up all of its wins within the division, the team will still fall short of the mark in terms of 87 victories. I don’t trust them against the rest of the National League. I don’t trust them to improve upon 2016 either.

Todd Salem: Boy, projections were rough on the Chicago White Sox. They were pegged as the worst team in the AL. I know they traded away a ton of talent this offseason, but what remains isn’t as terrible as people think. The middle of the lineup, with Tim Anderson, Jose Abreu, Melky Cabrera, and Todd Frazier, could be downright fearsome. They also obviously now have Yoan Moncada waiting in the wings. And even without Chris Sale, the duo of Jose Quintana and Carlos Rodon is pretty darn good. And I like Derek Holland at the back end! The issue with a White Sox bet is if they do indeed trade David Robertson and possibly Quintana as well. They could overcome dealing the former, but probably not the latter.

Dan Salem: The Diamondbacks won only 69 games last season with an incredible -138 point differential. Only the Cincinnati Reds, Philadelphia Phillies, and Minnesota Twins were worse on the year. Arizona has promise, but not as much promise as Vegas is giving them credit for. I can see this club improving on last season, but only by a few victories. They will not reach the 77 win mark here in 2017.

Todd Salem: Colorado actually getting some preseason love! Unfortunately, I’m not buying it. Where is the pitching going to come from? I love the lineup. It may be the best lineup 1-7 in Major League Baseball. But there is nothing in the pitching department that I believe in, especially with these guys throwing half their innings in Coors Field. On a different team, I would like Jon Gray or Tyler Chatwood or some of these bullpen veterans. But not here.

Dan Salem: I like the Rangers a lot this season, even with the news that Josh Hamilton won’t be healthy to start the year. Their pitching staff looks solid and I see little reason for a decline in Texas’ lineup. The division is pretty much up in the air in my opinion. I don’t trust the Seattle Mariners, Houston Astros, or Los Angeles Angels to be good baseball teams. Two of them will be, but the Rangers will benefit either way. I doubt the team hits 90 wins again, but taking the over feels pretty safe.

Todd Salem: Why is this not the worst team in baseball? They have a ton of speed atop the lineup, but there’s nothing I believe in after Joey Votto. And I love Anthony DeSclafani, but their other pitchers on this roster should be pretty terrible. Raisel Iglesias is a great bullpen piece, but that’s only because he probably belongs in the starting rotation. Him closing is a waste of his talents. It doesn’t help that Cincy plays in what has consistently been one of the toughest divisions in the sport for years now.

Dan Salem: The Royals were an even 81-81 last year, disappointing fans after winning the World Series. Yet the 80 win mark feels about right for this team once again. Outside of the Indians, no one in this division scares me. Kansas City returns a good lineup and solid rotation, meaning eclipsing 77 victories is a safe bet.