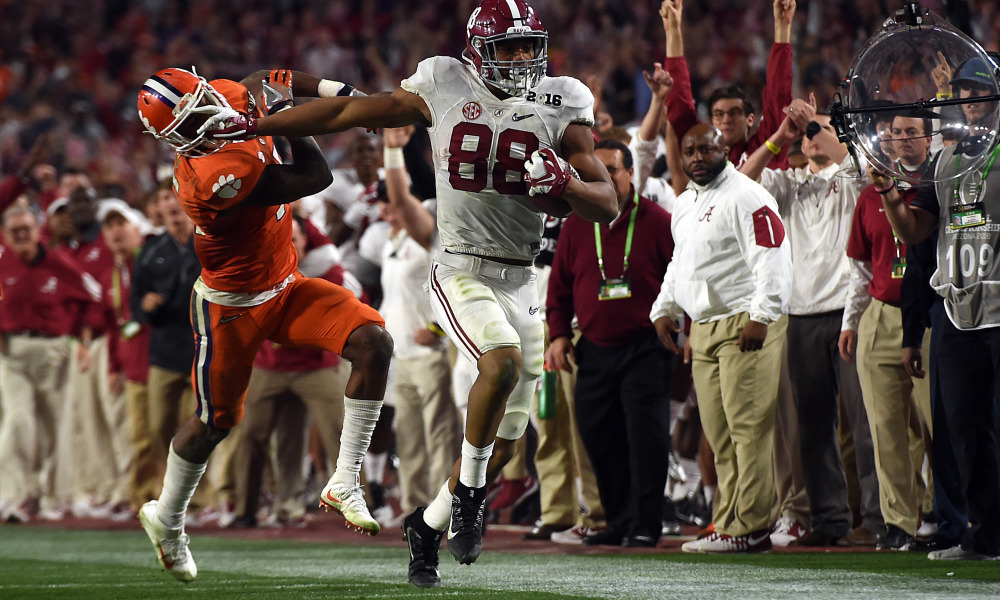 With the 2017 NFL Draft combine getting underway this week, the New York Giants need to set a few positional focuses. A team can’t expend interview time and resources on every prospect it wants.

The 2017 NFL Draft Combine is just underway. It is the first of many steps towards teams determining who they like for the NFL Draft in late April. Organizations will not get a chance to watch and interview every player they like, so time is valuable at the combine. Each team needs to set areas of focus and players to observe throughout this process.

ALSO ON BUZZCHOMP: Legion, For Better or Worse, is Biding its Time

For the New York Giants, areas of focus need to be contained to just a few positional groups. The positions that the Giants need to observe heading into the draft are offensive tackle, tight end, running back, and defensive pass rush. That’s about it. Some die-hard fans may think the team needs to also search for a third wide receiver, additional linebacker depth, and a backup quarterback/quarterback of the future. However, stretching out the scouting department that wide would be a mistake. Obviously, every team knows and reviews players outside of their specific roster needs, but it comes down to degree. You can’t spend the necessary time on all 22 starting positions.

At the 23rd pick in the first round, there are a handful of big-name tackles who should still be available. These include Alabama’s Cam Robinson, Wisconsin’s Ryan Ramczyk, and Utah’s Garrett Bolles. Those are the big three players with first-round grades, and none are expected to be taken in the top half of the first round. One more interesting name is Forrest Lamp. Though he is entering the NFL as a guard prospect, he played tackle in college. There remains the possibility that he could transition to that spot in the pros as well.

This tight end class is a very good one, at least at the top. As many as half a dozen players at the position could be selected in the first two rounds of the draft. The best guys are some who the Giants should target at pick number 23: Alabama’s O.J. Howard and Miami’s David Njoku. Folks should be worried a bit about the consistency of Howard, who tended to disappear too often in college. That is why a step like the interview is so important.

The top two backs will likely be off the board already by the time New York selects. Stanford’s Christian McCaffrey is the main guy to keep an eye on in the back half of the first round. He has tremendous versatility out of the backfield, in the passing game, and on kick returns. If he proves he can block in pass protection, teams will be hard-pressed to take him off the field.

With the team placing the franchise tag on Jason Pierre-Paul, this isn’t as dire of a need as it could have been, but pass rushing is always a need! New York likes to have a rotation behind its starters, and with questions remaining in the middle of the defensive line and at linebacker, adding talent around the outside can cover up a lot of holes.

A player like Myles Garrett will obviously not be available to the Giants. The names to watch at the combine are Tennessee’s Derek Barnett, Michigan’s Taco Charlton, Alabama’s Tim Williams, and Auburn’s Carl Lawson. All four should fall somewhere between the back half of the first round and the first half of the second round. If a player like Solomon Thomas drops a little, he is also an intriguing option for NY.