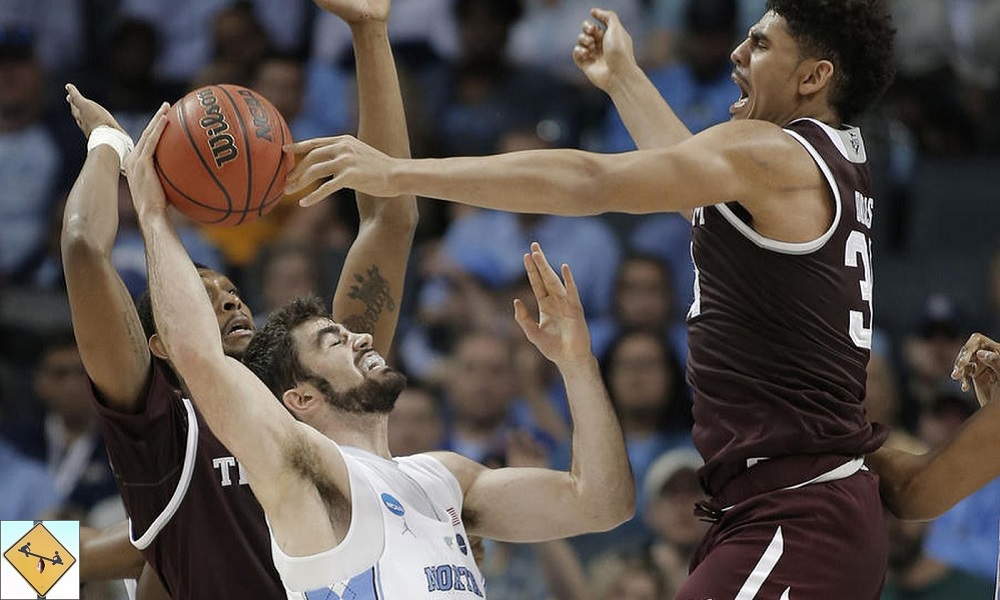 March Madness has had more upsets than ever before, including some all-time memorable victories. But what’s left is upsetting, because the NCAA tournament must go on.

The Monday after the first weekend of March Madness is always a bummer. When games return this coming weekend, there will be a much lighter slate, with hardly the flurry of action that epitomizes first weekend action. Also, because 2018 is a dumpster fire, the games that will be played in the Sweet 16 are just horrible! This is the dirty, little secret no one talks about with the NCAA Tournament’s Cinderella runs. They are exciting when they are occurring, but the leftover pieces make for unexciting basketball. Case in point, UMBC was a magical win over Virginia that I wouldn’t replace for anything, but I didn’t watch a second of the Terriers’ second-round game against Kansas State. They finished with 43 total points, and I’m sure I didn’t miss anything.

Take a look at the Sweet 16 slate as a whole. Outside of the chalk East region and the still-interesting Midwest, is there any game worth tuning in for? Imagine if Loyola-Chicago played Nevada during the regular season; no one would care. Both teams have had miracle comebacks and/or finishes in the tournament thus far, but all it leaves us with is a game that is kinda blah for a trip to the Elite Eight. What’s the opposite of a silver lining? That’s what this second weekend of the tournament is. Maybe I’m just bitter because my bracket is destroyed, but so is everyone else’s, and I still have my champion pick remaining. So I don’t think it’s that. There is just no excitement to glean out of some of these games.

I think it stems from what we talked about before the tourney began. There were no best teams this season, as the standings remained fluid throughout the winter. That left us with few bankable rosters to follow. And even those – outside of Villanova, Kansas, and Duke – were vanquished. Now Duke faces a crap Syracuse team that didn’t deserve to make the dance in the first place, and we have nine squads with a 5-seed or higher, AKA teams that weren’t “expected” to still be alive.

It is annually interesting to feel that balance between rooting for and getting upsets, and being left with a bankable slate of games for the second weekend. This year, the first weekend felt extra exciting, which left us with a bad second weekend.

All of these NCAA Tournament upsets are upsetting. They were truly awesome in the moment, but kind of like sex, the consequences are a mixed bag of fake smiles and disappointment. Perhaps the moment itself wasn’t quite as good as you thought it was. Perhaps March Madness can never be everything we want, with amazing upsets in round one, as well as a set of Elite Eight worth watching. I want my cake while I eat it too, or something like that!

Picking winners for a 64 team tournament is immensely fun at the outset. This year we knew March Madness would be full of ‘upsets’ that were not really that surprising. The lower seeds and high seeds are all pretty darn close. I chose a number of big upsets, including Florida State over Xavier thank you very much. I have Michigan in my Final Four and Championship, because a low ranked team has to make it far this year. A lot of lower ranked teams are still alive, but for every correct pick, I have three incorrect picks. Its one thing to identify an upset, but quite another to get the teams all right. Through all of the madness, one region remains mostly chalk. Are they the anomaly?

Despite what amounts to the best possible outcome for those loving upsets, March Madness may still be full of known commodities in the Elite Eight. Our Sweet Sixteen may be less than interesting, but here is a potential Elite Eight. Tell me which school lacks national name recognition, Nevada aside. You can’t.

Substitute Syracuse for Duke, Clemson for Kansas, West Virginia for Villanova, and Florida State for Gonzaga. We are still left with nationally recognized schools. Many are known for football rather than basketball, but they still bring name recognition. I’m not complaining, because college basketball is growing and changing. Its evolving into a sport where anyone can win, at least this season. Now only if my Boston University Terriers were the ones making history. That would be exciting!