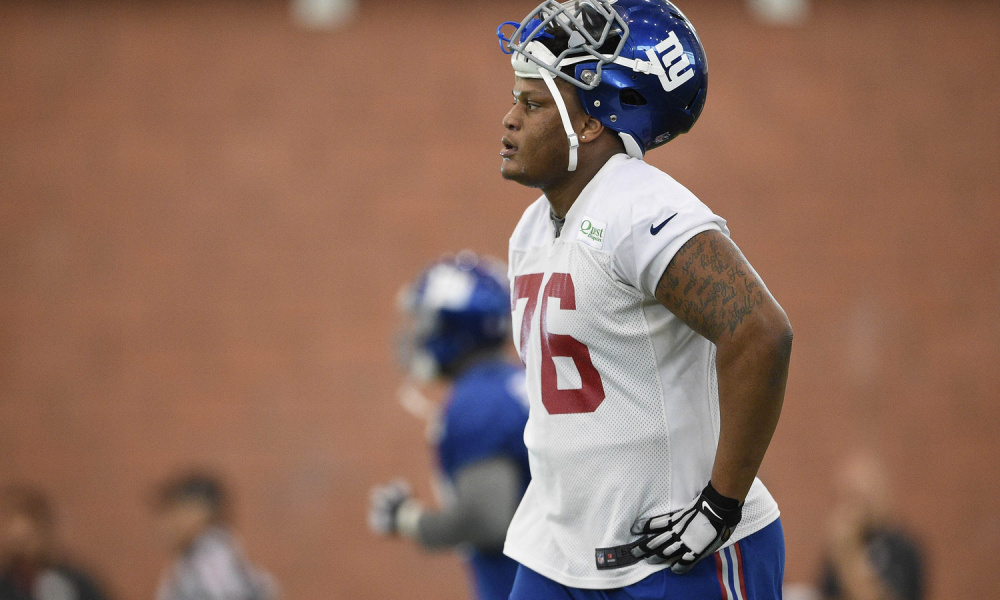 After three years of bad line play, the New York Giants finally moved Ereck Flowers off of left tackle with the acquisition of Nate Solder. Flowers’ selection becomes an expensive mistake in all manners of speaking.

The New York Giants selected left tackle Ereck Flowers with the ninth overall pick in the 2015 NFL Draft. He started on Eli Manning’s blind side for all of his rookie year. Flowers remained there all of the next two years as well. Based on the eye test, Flowers was a bad left tackle. He showed poor footwork and hand placement. He committed far too many penalties and never gave Manning the protection he needed. By statistical measures, Flowers was also a bad left tackle. He graded out atrociously for years, with 2017 being the high point above a very low bar. Pro Football Focus graded Flowers as the 54th-best tackle in the NFL last season, which was easily his best ranking of his career.

ALSO ON BUZZCHOMP: How to be a Consistent Runner

But it wasn’t just Flowers’ own failure to develop that hurt the Giants. His concrete placement as the left tackle hurt the production of the entire offense. Rather than trying a superior player, such as Justin Pugh, at that spot, the Giants chose to leave Flowers where he was. The decision and desire to roll with him in arguably the second-most important spot on the offense also meant the team didn’t go after a big-name LT free agent or draft prospect. The sunk cost of Flowers’ selection wasn’t sunk at all. The team continued to compound the error.

It wasn’t until this week that New York fixed its most glaring issue. The Giants signed free agent left tackle Nate Solder to a four-year, $62 million deal. It makes him the highest paid offensive lineman in the league to date. Solder isn’t a perfect player by any means. However, he is widely considered something the Giants haven’t had in a long while: an above-average player at the position. Without being a star, that alone sets up the rest of the offensive line and the rest of the offense for success.

Solder’s existence now means the Giants can move Ereck Flowers off the spot and give him a chance at the more reasonable position of right tackle. They may also slide the fourth-year man into a substitute roll, building the team’s depth. Taking Flowers off the key spot on the line and replacing him with a good player slides everyone else to proper pegs. It’s almost like getting a valuable starter back from injury when the team had been scrambling to replace those snaps.

With elite receiving weapons across the depth chart, Manning can have a solid season if given time in the pocket. Building a competent running game would also help, and that starts up front. There is no guarantee that the line as a whole will become great; a number of other holes existed beyond Flowers. However, left tackle was the starting point.

Four years of time and a $62 million contract for a replacement later, Flowers has finally been moved off the spot that was killing the Giants offense. That is one expensive mistake.