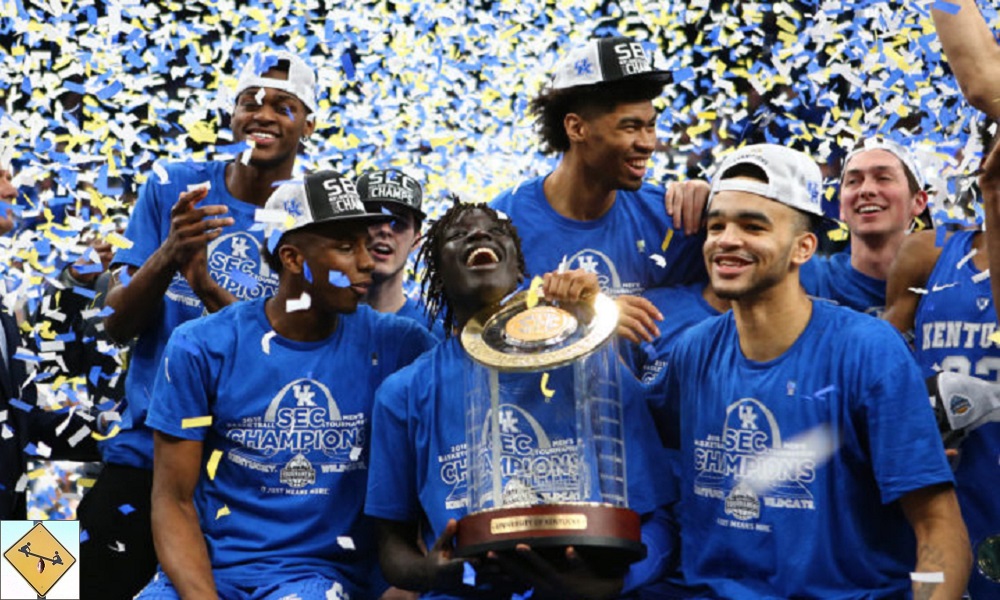 March Madness 2018 is upon us, but the excitement has yet to follow. Don’t fret, because this is the year of the upset. Throw chalk out the window or suffer defeat!

I am not excited by the NCAA Tournament field this year, though it isn’t evident why. We have all of our heavy hitters. Some can even be considered underdogs through the right lens. Maybe star power is lacking around the country. The top teams jockeyed all season, with unlikely newcomers shooting up the standings, and then back down. Maybe that gives March Madness 2018 a feeling of unreliability.

Arizona State jumped up to second in the country earlier in the year. The Sun Devils were one of the last four teams into the tournament. TCU, Auburn, and Texas Tech made similar leaps and plummets. Oklahoma was the biggest star shining this year, and the Sooners probably should have missed the tournament. That makes the entire season feel cheap. No one was good enough to sustain success, allowing phonies like ASU to climb all the way up and then drop back into the pack.

What this does do is make the NCAA Tournament bracket utterly impossible to predict. It feels like there are half a dozen really good teams, except we have seen all half-dozen of those squads lose bad games throughout the year.

ALSO ON BUZZCHOMP: UConn’s Kevin Ollie Had To Go

Virginia is the top overall seed in the tourney. The Cavaliers play so slow and allow so few possessions on both ends that a bad shooting night from them could mean a loss. The style allows UVA to defeat teams more talented than it, but the reverse is also plausible.

Cincinnati, a two-seed, is similarly set up with an elite defense and an occasionally invisible offense. It is hard to win six times when you can’t score. Virginia and Cincy are the top two teams in the South region. Some of the other top teams feel more secure, but only if you value offense that much more than defense. Xavier, Kansas, Duke, UNC, Wichita State, etc. can all be scored upon.

Do you have an eye for who you like early in the week? The East would seem to possess two top teams that can be counted on in Villanova and Purdue. I like Michigan State as a three seed and Gonzaga as a four seed. Other than that, pickings are slim.

What upsets are you eyeing in March Madness 2018? I have my eye on Davidson against Kentucky. The underdog Wildcats pour it in from three, hit all their free throws, and take care of the basketball. The favored Wildcats may run circles around them, but they still have to put the ball in the basket.

Butler over Arkansas is the reverse, where the underdog Butler can steal one if Arkansas’ outside shots aren’t falling. I like the 10-seed Longhorns with a healthy Mo Bamba too, though few would consider that an upset outside of strict seed lines. Every top seed in the West outside of the first two lines feels vulnerable in round one. And then there are those pesky Sooners in the Midwest. How can you count them out? Yet how can you have any belief in them?

Just to recap, Oklahoma began the year 14-2, with five wins over ranked opponents. It defeated No. 5 Kansas immediately after that stretch as well. However, surrounding the Kansas win, OU went 4-11, including a six-game losing streak. The tournament committee usually rewards teams that are getting back to full strength, projecting what they could have been all year with a full roster. (I’m looking at you, Missouri). It should have done the opposite, though, with the Sooners. This isn’t the same team that went 14-2 and shouldn’t have been rewarded like it is. That said, they could totally go on a run here!

I truly want to disagree with you, but the excitement for March Madness 2018 just isn’t there yet. It absolutely should be, as we make our bracket picks and await the opening tip-off. Yet with so much up in the air regarding who will and should win the tournament, it makes picking games less fun and infinitely difficult. It also opens the door for ANYONE to get picks right. The madness has begun.

I see little to stop our top four seeds from advancing deep in the tournament, which is why all four won’t. One of the top seeds will stumble and fail to make the Elite Eight. Two will fall short of the Final Four. Virginia and Villanova survive the gauntlet, while Xavier gets knocked off by Florida State early on. Michigan State ultimately eliminates Kansas, after first defeating the Blue Devils. This leaves two one-seeds, a two three-seeds in the Final Four. Michigan is my final team.

In terms of big upsets, I’m eyeing Tennessee to fall to 14-seeded Wright State in round one. I also like 12-seeded Murray State over West Virginia. Ten seeds beating seven seeds are not major upsets, but I am taking Butler and Texas in such matchups. The Bulldogs even win another game, taking down Purdue. I also like UCLA to win its first game and then defeat Florida in the round of 64. San Diego State knocks off Houston to round out the plethora of ‘State’ teams with the upsets in March Madness 2018.

As for Oklahoma, they can’t overcome Rhode Island in round one. This is the year to throw chalk out the window, because no one has dominated for the entirety of the college basketball season. You must select a few one-seeds to go the distance, because they always do. But picking all four seems rather foolish this March.