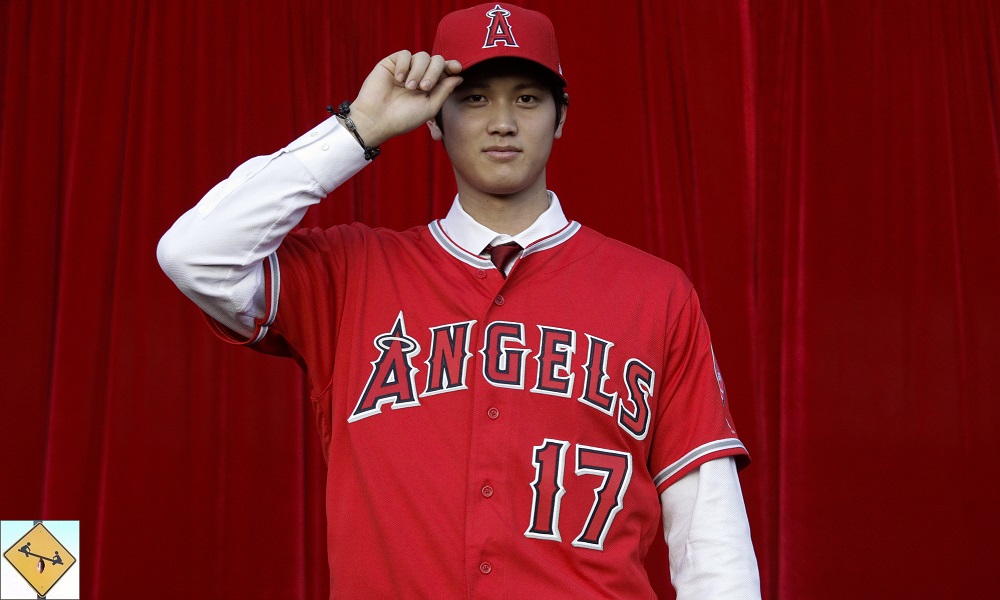 The Los Angeles Angels now have the two best players in baseball, but will they make Shohei Ohtani one dimensional? They better not! It will literally ruin everything.

The month of November was incredibly slow for Major League Baseball. Seemingly every team was waiting for two dominoes to fall before beginning their offseason in full. Those two dominoes fell this past week, as Shohei Ohtani picked his American home, and Giancarlo Stanton waived his no-trade clause for a Miami Marlins deal. A lot went into each of these historic moves, so let’s unpack them one at a time.

First comes the Japanese Babe Ruth, Ohtani. He had his pick of any team in baseball. Because of the restrictions on his contract as an international free agent under the age of 25, every team could afford to sign him. The decision came down to where he wanted to play. The Los Angeles Angels make a lot of sense.

They play in the greater Los Angeles area, which is nice. The team plays in the American League, which is vital to Ohtani playing DH. They also have the best player in baseball already on their roster, so that’s a positive. I wasn’t expecting Ohtani to pick the Angels, but I like the decision after the fact.

What do you make of the plan on how to use Ohtani? Obviously, LA will want to use him as a starting pitcher every fifth day or so. He is used to a slightly smaller workload in Japan but should slot into a normal MLB rotation pretty easily. The real question comes on his off days.

Do you DH him every day he isn’t pitching? Surely he needs some days of full rest that even being a designated hitter won’t give him. Or, despite reports, do you not allow him to hit at all, fearing injury? After all, his pitching upside is that of a bonafide staff ace. If he’s a league-average hitter with good power, is that worth risking the pitching side of him?

But, of course, he could be better than league-average at the plate. He has massive power. Surprisingly, he is also a swift and speedy base runner, having been clocked to first base with some of the fastest splits in the Japanese league. So what if he’s not only Babe Ruth at the plate, but also Ichiro? This player shouldn’t exist, but just because he never has before doesn’t mean he never will. The faulty logic we take with examining such things is looking at the individual player. Yes, it seems ludicrous that Shohei Ohtani could be so good at all these baseball skills. Then again, isn’t it the most logical thing ever to assume that, by 2017, at least one single baseball player in all of the history of the sport would reveal himself to have all these skills on the diamond? We don’t know if Ohtani is that in America, but it shouldn’t be surprising if he is.

Then again, a few weeks of bad swings and misses and we might see the Angels abort his hitting altogether. It will be a tricky balance between having him learn both sides of the game while not stunting the starting pitching aspect the team so desperately needs.

Los Angeles and adjacent, in the case of the Los Angeles Angels, loves its stars! The west coast is also a tremendous place for Asian athletes to thrive. Ohtani feels like a great fit on paper for this baseball team, but there is no way that anyone dubbed as a “Babe Ruth” should be kept one dimensional. That is like telling a big man in basketball who is great at shooting threes not to do so, because he needs to stay in his big man lane and not risk jeopardizing his rebounding by being at the three point line to shoot. I don’t buy the injury risk for a pitcher who bats. I do buy the injury risk for a pitcher who pitches too often.

Ohtani must both pitch and play DH. Having him in the lineup ahead of Mike Trout is incredible. He needs to be their designated hitter at every possible opportunity. Why limit him to being a pitcher first and foremost when he’s known for being great at both things? I hate that anyone would even consider this. Ohtani must also pitch and will likely become the Angels’ ace. They will want him to pitch every fifth day, but maybe he pitches every sixth day instead. Oooooo. I know, its blasphemy, but perhaps the team’s rotation evolves to be unorthodox since it will now include an unorthodox player.

Pitching every sixth day means Ohtani technically slides down the rotation. He begins as the number one pitcher, then becomes the number two, three, and so forth as you circle back through. This would mean that the other pitchers must also shed their traditional schedule, but I’m not convinced this is a bad thing. Giving Ohtani an extra day will both limit the workload on his pitching arm, as well as insure he is in the batting order an extra game each cycle. He shouldn’t hit on the days he pitches, although he’s allowed to as long as the Angels use a pinch hitter once he’s removed from the lineup. I realize NL pitchers always hit, but I believe in a new way of thinking that allows a player to focus on either being a pitcher, or a hitter. I would even consider resting him completely for the game directly following those in which he pitches. That gives four DH starts and one pitching start for every six games.

It’s not going to be easy, but the challenge of managing this lineup is pretty much the only job of the Los Angeles manager. We criticize MLB managers for their lack of actual impact on the game, and teams have made it abundantly clear that the position is interchangeable. But in Los Angeles this will not be true. The Angels need a master crafter to maximize the unique abilities of their new star player. They aren’t good enough to keep him on the bench and shouldn’t want to. He’s a tremendous athlete, trained to both pitch and hit. We pigeonhole our athletes into little boxes we can understand on a stat sheet, so its refreshing when someone spits on such tradition. What will fantasy baseball do? The game is not designed to handle such a player.

Why would you not allow Ohtani to bat on the days that he pitches? That is the only piece of charted territory there is. You said yourself that you have to allow Babe Ruth to bat! Whats better, three at bats of Ruth and one of a bench guy, or four at bats of Albert Pujols? Not to mention that Pujols was worse than a standard bench player last season. It is literally the only ground already charted… by every NL pitcher and every pitcher ever before the DH. The other five days are the uncharted part. Los Angeles Angels, let Ohtani hit!