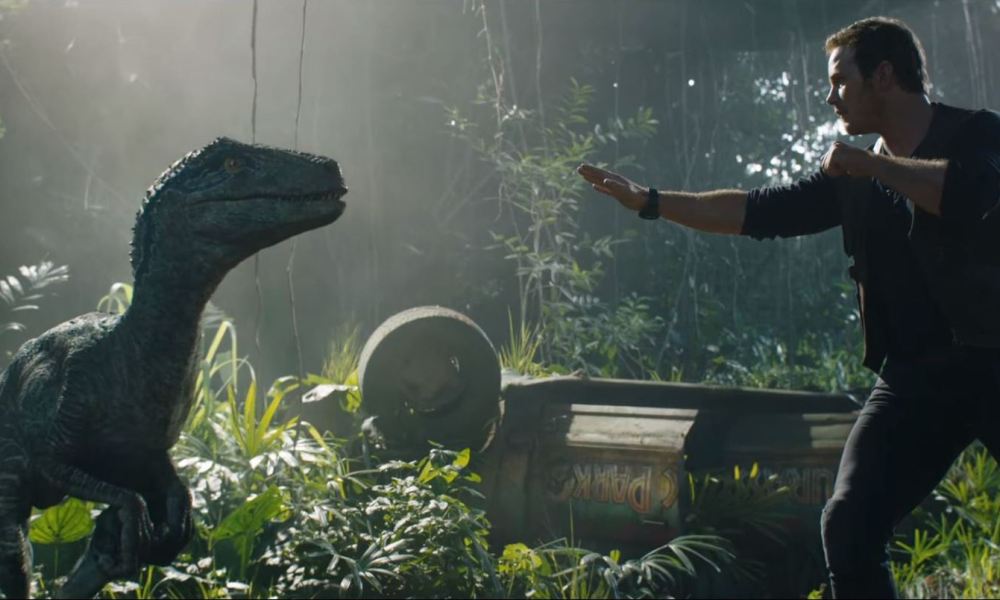 Jurassic World Fallen Kingdom is the most typical, expected sequel to be released in some time. So why did I not see it coming at all?

In the midst of Thursday Night Football on NBC on Thursday night, a new commercial was thrown our way. It was a trailer for a movie set to be released on June 22 of 2018. It was a trailer for a sequel of a movie that I assumed had a sequel pending. Even still, the new video felt totally out of left field. I had no idea Jurassic World Fallen Kingdom was a thing that was on its way.

It’s not a surprise that Jurassic World received a sequel. In fact, subconsciously, I feel like I knew and had heard a sequel was coming. But it didn’t register. It’s also not a surprise that Chris Pratt and Bryce Dallas Howard are back as the story continues. Nothing about Fallen Kingdom is surprising, but I was surprised! I don’t know why.

At first, I thought the trailer was a commercial for some kind of special holiday box set re-release of Jurassic World. Pratt’s Owen was training a tiny raptor. That happened in the first film, right? He was a dinosaur trainer with a real connection to the animals. He stood in front of them with hands out, thinking that he could control them but worrying that he couldn’t. This is definitely the same film. Then I saw Jeff Goldblum and had a serious discussion with myself about whether or not he was in the 2015 film. But no, this was a new movie entirely! Well…not entirely. The cast is the same; the world is the same; the plot is essentially the same, except there’s some kind of island explosion pending.

The explosion is threatening to wipe out all the dinosaurs. Should humans save them as if they were any other species of pet? As Goldblum’s Malcolm surmises, the dinosaurs were here before humans, and if we’re not careful, they will be here after. Let them die! I added that last bit, but that was the gist of it. Pratt, though, can’t let his little babies perish. He, along with Howard, will do all he can to save as many as he can…I assume. I don’t really know what will happen. Jurassic World Fallen Kingdom is a big unknown. But nothing about this venture is the least bit surprising, so I assume the climax won’t be either. Cool explosions, big dinos, Pratt and Goldblum are enough for a summer blockbuster, one I should have seen coming from a mile away but didn’t.