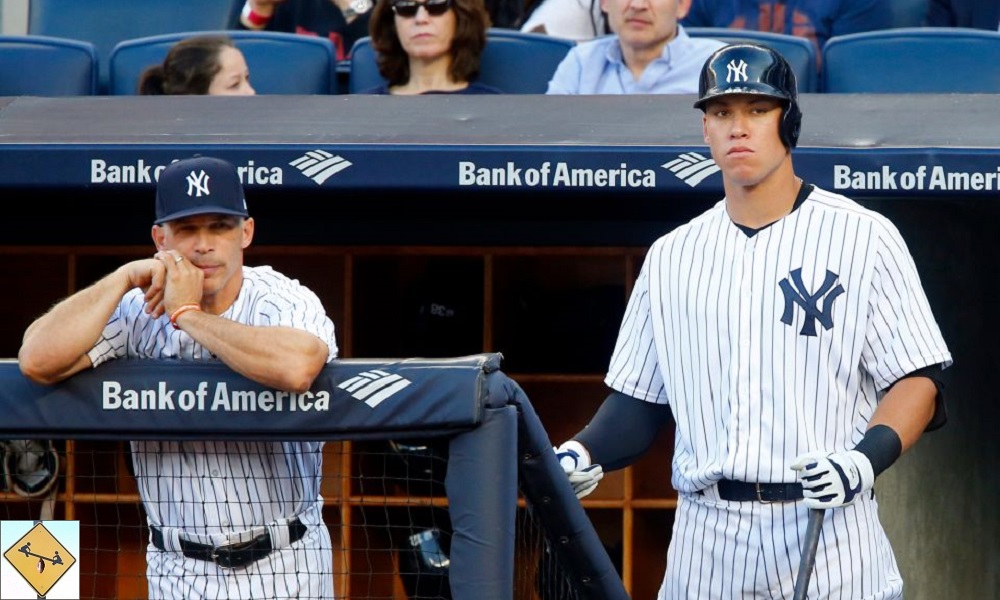 Joe Girardi got his New York Yankees to consistently overachieve, especially this past season. Yet New York showed him the door, so now what? Girardi created these Yankees in his image.

The New York Yankees fell one win shy of making the World Series. This team, that wasn’t even supposed to make the playoffs, just completed a stellar season with a very young roster. In response, the team announced on Thursday that it would not be bringing back manager Joe Girardi for the 2018 season. Apparently, winning isn’t everything.

Don’t get me wrong. Even after overachieving greatly to make the playoffs, I was ready to leave Girardi in the dust after game two against Cleveland in the ALDS. After he failed to challenge the biggest play of the game for reasons that remain inexplicable, I thought he deserved to go. That single decision would have been the reason the Yankees were eliminated from the postseason.

Except they did not get eliminated. The squad responded and picked up its coach, winning three straight to knock out the favored Indians. New York then pushed the Houston Astros to seven games in the ALCS, surpassing any realistic expectations that existed for this season. That all should have been enough to earn Joe a new contract. For some reason, it wasn’t.

ALSO ON BUZZCHOMP: Stranger Things S2 Has Something S1 Never Had

If Girardi was the one who wanted to move on, this would all be more logical. Maybe he wanted to spend more time with his family, as hinted at. Perhaps he is tired of the strain of New York. Maybe he is interested in working in a front office. But since this decision came down from the other direction (the team is the one who declined to pursue a new deal, based on Brian Cashman’s recommendation), things are less clear.

You can’t get on Joe for a lack of success. He has a World Series ring and a .562 winning percentage since he took over in pinstripes. He is even analytically tremendous at perhaps the biggest part of a manager’s job: managing the bullpen. Girardi ranked second in MLB in getting the most out of his reliever decisions as recently as two years ago, and was first overall in a three-year rolling average.

Of course, the dirty, not-so-little secret about managers is that they may not be all that valuable anyway. There is no current way to account for everything a manager does, but it’s possible that the difference between a “good” one and a “bad” one is small or even negligible. Errors get heightened in our memories, but the decisions a manager makes aren’t all that impactful compared to what his guys do on the field.

That means, arguably the biggest impact a manager has is emotionally: how he deals with his players, bosses, etc. on a daily basis. There must be something, personality-wise, going on with this move. Girardi was fired from the Marlins after winning Manager of the Year. He didn’t get the boot nearly that fast in New York, but perhaps he wore on Cashman and the team brass, or the players didn’t have strong feelings towards him. There is no way to know this stuff unless someone publicly admits it, but that may be worth a change in manager if true.

My biggest problem with moving on from Girardi is that of disrupting a good thing. Sure, it’s possible that any other random manager could have taken this Yankees team just as far as Girardi did. The players hit and throw. But Girardi is the one who did. With a young core growing into a contender, throwing a new voice into the fold seems like a bad idea. Girardi must have been that mechanical and/or aloof in the locker room. Otherwise, this decision makes no sense.

My first reaction to reading the news was “Damn It!” I like Joe Girardi and believe he’s done an exceptional job managing the New York Yankees. But I was anything but surprised by the move. If New York had failed to make the postseason, he was as good as gone. Perhaps winning the World Series would have earned him another contract, but anything less and the writing was on the wall. Rumors were swirling since March and for reasons that go beyond baseball, the Yankees’ front office no longer jived with Joe Girardi.

The primary reason I take issue with his “firing” is that Girardi was a great manager. If MLB managers don’t actually do much, or impact their teams on a game by game basis, then why are the same managers the ones constantly winning for new teams? Girardi’s Yankees constantly overachieved. He won Manager of the Year with the Marlins. Let’s not forget how much of a crap-fest he dealt with during the Alex Rodriguez saga and the end of the Derek Jeter era. The team was turning over and attempting to rebuild while staying competitive. He did a great job with those teams and an even better job with the 2017 Yankees.

A manager’s primary job is managing his pitching staff and knowing his player’s strengths and weaknesses. Aaron Judge had a slump during the regular season and during the postseason, but he came out of both. I give Joe Girardi some credit for that. Yet it appears he never got many people around the organization to like him. But I’m of the opinion that its better to earn respect than admiration. Does anyone actually like Bill Belichick? It doesn’t matter. He is great. Girardi was a former Yankees player turned manager, and whomever inherits this team will likely get a World Series ring that Girardi himself helped cultivate.

The simple truth is that a decade is a long time in sports. Joe Girardi coached the New York Yankees for ten seasons and never posted a losing season. One championship in ten years is nothing to scoff at. The Yankees have only won 27 times in the entire history of baseball. Unfortunately for fans, it was time to move on. Perhaps this was fortunate for Girardi, or as you noted, he may have even wanted this. It just doesn’t feel like it.

More Sports: Golden State Warriors or The Field? Who Wins It All?

They “only” won 27 times? That’s a title every 4.4 years! (rough estimate)
Girardi was way off the classic Yankees pace!