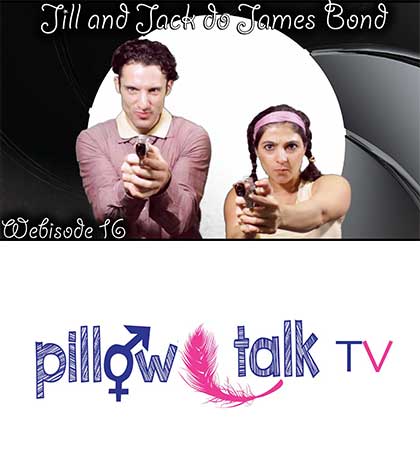 Jill and Jack are weird Nursery Rhymes for the party generation. A bastardized classic in a comedy web series. Jill and Jack do James Bond in webisode sixteen and things get very sexy.

Pussy Galore gets her paws on James ‘Jack’ Bond, but a well placed martini will save him. Jill and Jack do James Bond in an homage to 007 and the best secret agent ever.

“Let’s make love, so I may woo you and escape.” Never! Well, maybe just the one time.