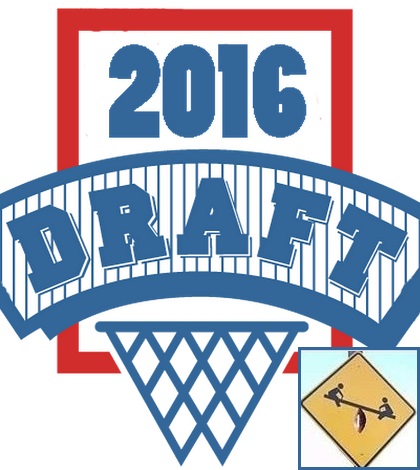 The season has just begun, but several teams are already tanking for the 2016 NBA Draft. Have the 76ers, Mavericks, and Pelicans already thrown in the towel? NBA sports debate.

I also like group two from Monday’s column to win the NBA title, but not because I’m overly optimistic about one specific team; rather the quartet is the best set to bet on (Thunder, Clippers, Spurs, and Rockets). I’m worried about Kevin Durant ever returning to peak form; I’m worried about the Clippers epic collapse during last year’s playoffs; I’m worried about the personalities on the Rockets and the age on the Spurs outside of LaMarcus Aldridge and Kawhi Leonard. Yet as a collective, this is the superior grouping.

On the other end of the spectrum, the race to the bottom of the standings should be less hectic than it’s seemed in years. A number of bad teams (Knicks, Nets) don’t own their own draft pick so tanking is out of the question. They will still lose a lot of games because they aren’t good at basketball, but it won’t be an organizational plan.

Really the only tanking potential exists in Philadelphia (of course) and, interestingly, Dallas.

The Mavericks could be good, bad or average this year; it is hard to tell. However, they owe their first-round pick to the Celtics if it falls outside the top seven, so if Dallas isn’t playing well, it may tank hard to get inside the top seven and keep its pick. The Lakers are actually in a similar situation, dealing a top-3 protected pick. They would want to be one of the three worst teams this year or just try to win. It seems as though the latter is more likely for this franchise; but that’s just a guess.

A number of other teams have dealt away their first-round pick but with lottery or top-10 protection. Really Philly and Dallas own the tanking landscape. If that is the case, and say, for argument’s sake, that Dallas is solid this year, is this finally the big break the 76ers’ plan needed? Of course there is still a lottery, so a number-one overall selection is up in the air, but there may be few challengers this year who are purposely racing for the most ping pong balls.

The breaks have yet to go Sam Hinkie’s way in Philly. Joel Embiid looks like a problem child who can’t follow directions or get healthy; Dario Saric may never come over to the U.S. to play; Nerlens Noel may not be a franchise guy, especially with his lack of offensive acumen. But one elite player still changes that dynamic. That has always been the plan. Grab oodles of picks hoping to land that one franchise-changer. It hasn’t happened yet, and now the string seems to be running out. 2015-16 could be the swing year for Philadelphia even though it has no desire to make the playoffs.

Take it to the hole?

I can’t believe I’m agreeing with you, but there are multiple teams already tanking for a top pick in the 2016 NBA Draft. It’s not just the Dallas Mavericks and 76ers, although Dallas feels like a longshot at this point. We have to include another winless team in this debate, namely the Pelicans. You correctly eliminated the Lakers, as Kobe Bryant will not simply throwaway one of his final seasons in the league. But New Orleans may play mad scientist with their season.

I find the idea of the Pelicans tanking particularly interesting, because forming a dynamic duo is the current path to a championship in the NBA. With Anthony Davis locked up and playing at an elite level, New Orleans needs one more special player to truly break into the upper echelon of teams. Would they tank for a shot at completing their perfect roster? No one believes New Orleans can defeat any of the top five teams in the West, so this is a reasonable goal in my humble opinion.

With only the Cavaliers truly dominating, the Eastern Conference is ripe for the taking, which brings us back to Philadelphia. The 76ers have been tanking for multiple seasons now, so I can only imagine what its like to be an actual fan of this team. To consistently throw in the towel, only to not get a return in the draft, is a terrible way to live. But with one more season of sucking, Philadelphia might finally have itself a winner.

Dario Saric is rumored to be joining the team next summer, which would time out nicely with the addition of another top five draft pick. Often times motivation is everything, and with management showing its players a culture of losing in order to win later, it’s no wonder Joel Embiid is stirring the pot. Nerlens Noel is likely disappointed as well. Who wants to come to the NBA, only to be on a team best known for taking year after year? A team that cant’ seem to gel, no matter how many young talents it adds. The 76ers are two leaders away from being good.

If Philadelphia can add a true leader in the 2016 draft, ideally with the top pick, that will make all the difference. If their coach can develop into a resounding voice of confidence and poise, this team can win. It’s unbelievable to say this, but Philly is certainly the front-runner for tanking their season once again.

If you couldn’t tell, I’m on board with tanking from a pure team building perspective. The NBA is not a league where a bad team squeaks into the playoffs and makes a run to a title. That bad team who slips in may win the first round, but the difference between that team and the best team in the conference is enormous. They are never taking down the elite clubs. Therefore trying to build an actual winner, with two or three elite players, is the only way to win a championship. If you aren’t doing that, then you’re simply making money. No harm, no foul.