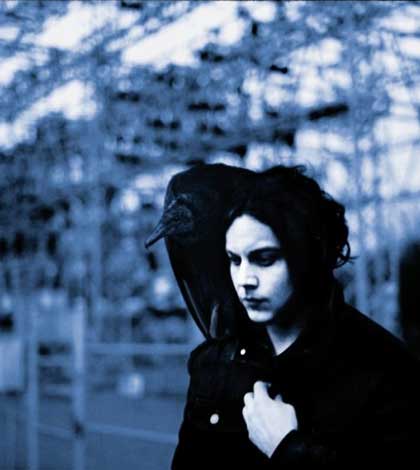 A 1960 classic gets a glossy makeover on Jack White’s Blunderbuss!

Hidden deep on Jack White’s first (is that even possible?) solo record is the Little Willie John classic…I’m Shakin’.

Now listen up, Jack White has not broken any new ground here as this track has been recorded and performed many times before. Artists such as: The Blasters, Colin James, Mollie and Rich (Who? Trust me you’ll find them) and now Jack White, have all taken a shot at it, each with varied results.

Jack’s version (you have to wait ‘til track 8 on the CD to hear it) is produced crisply. With crunchy rhythm guitars, soaring-but oh so tight-background vocals, squishy lead vocals (with just the right twang placed where it belongs) and a seriously compressed/fuzzy guitar solo that cuts right through the mix! For me, this track is a standout on the record and will probably be the most successful single (as it is the most radio-friendly track on the CD). It has also caused quite a bit of controversy on the internet for his (some say) stolen, (but I say) stellar version!

Truth-be-told, I’ve only heard of Little Willie John (who originally recorded this song way back in 1960) once in my life, when the previously mentioned-Blasters-produced a sturdy cover of this tune in 1980. I loved it then, but I soon forgot it existed. Then along comes Jack White to put the shimmy back into the shake!

Earlier this year, not knowing what lie ahead of me, I went ahead and purchased Jack White’s Blunderbuss (as every fine red-blooded American should) and listened repeatedly as Jack White crooned, screamed and smiled his was through this wonderful-Grammy Award winning (trust me, this will happen) record.

When I first heard the opening riff for I’m Shakin’ it stopped me dead in my tracks. I pulled the car over and looked around for someone to share it with. But to avoid trouble with the law, I just sat and listened alone. I then proceeded to play it over-and-over again! Dissecting it to death and realizing that Captain Jack accomplished what no other artist has. He gave this song bounce, character and a sonic treatment like no other.

Check out the video on You Tube as well…a very clever production with Jack White leading two bands at once. Definitely worth a peek!