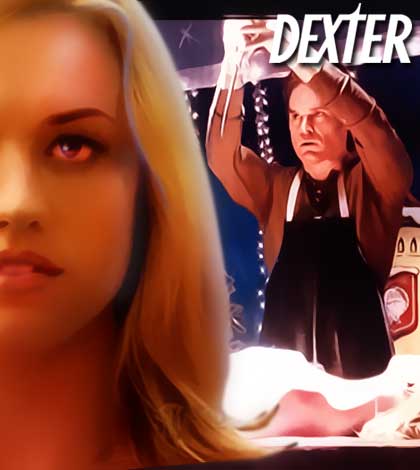 Dexter: “Do the Wrong Thing”

Where Dexter finds the time to juggle all the drama in his life is beyond me. As he continues to hide his big secret, sister Deb, Sirko, LaGuerta and Hannah McKay are inching their way into the truth. Being a serial killer can be exhausting.

While Sirko sits in jail bullying the other inmates, most of this episode is spent with Dexter fancy dancing with Hannah. His plan to kill her turns into a dark romantic date with a surprise ending. As we all might have guessed, they end up doing the nasty.

In the cracks of Dexter’s fun time, crime writer Sal Price enters the scene to gather information for his new book about Hannah McKay. Fortunately, for Deb he has the hots for her as she could use a distraction from a serial killer as a brother. With a strong desire to retire, Batista has a mid-life crisis and wants to open a restaurant despite his past life failures. LaGuerta gets even closer on her secret hunt for the Bay Harbor Butcher while bumbling Quinn is forced to steal important evidence to aid in Sirko’s release from prison.

Hopefully Dexter will form a “dark passenger” bond with Hannah and kill bad people together. Or not.