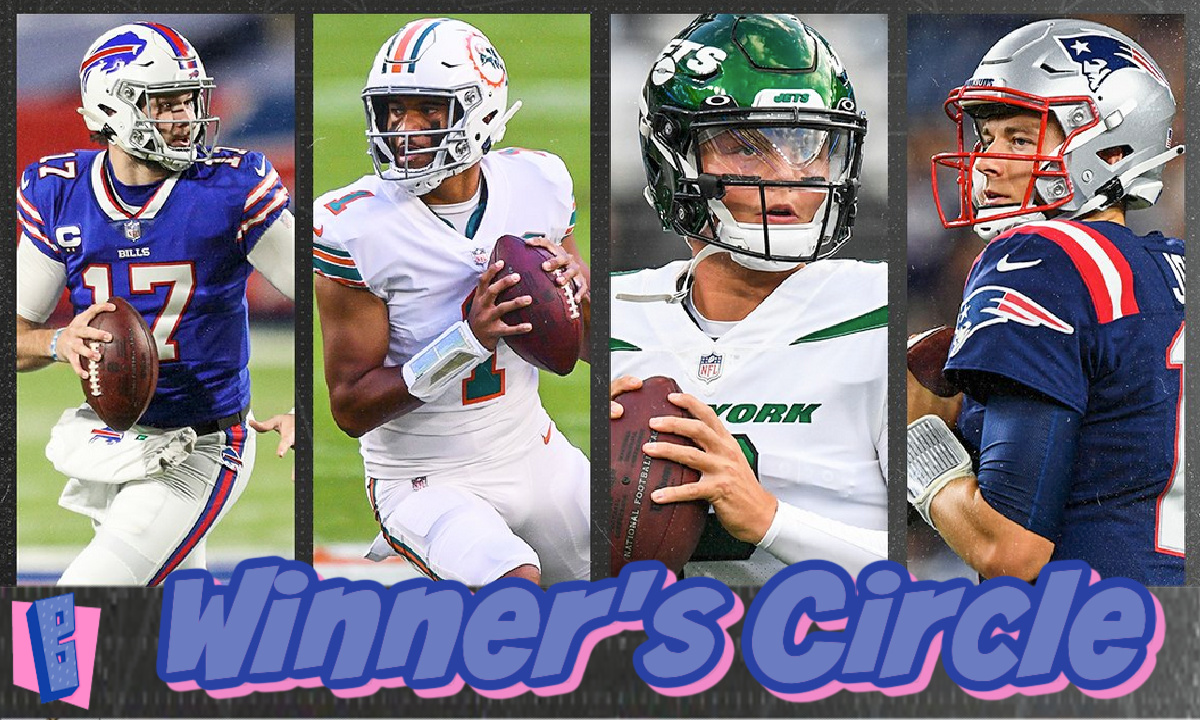 Every team in the AFC East is .500 or better and playing great football often enough to matter. Only one team is a playoff lock, so is the division actually full of good teams?

A couple weeks back, we touched on the amazing season being had by the members of the NFC East. Things have only gotten better since, as Washington has won three straight games. Every member of the division is now .500 or better. However, over in the AFC, the East division can make the same exact claim. All four members have records .500 or better at the halfway point of the NFL season.

The biggest surprise here is likely still the Jets. They are resoundingly solid, though their offense bears monitoring over the next few weeks to see how it morphs after the loss of Breece Hall and acquisition of James Robinson. If the team can’t run the ball, Zach Wilson is certainly not good enough to win football games on his own right now. The smallest surprise is certainly the Buffalo Bills, they of a point differential nearly 30 points superior to every other club in the sport. New England and Miami are, thus, where the bread is buttered. Week to week, each team looks occasionally brilliant and sometimes inept.

Perhaps the explanation is simple for the Dolphins at least. When Tua Tagovailoa plays, this team is 5-1, with the lone loss being a game he got hurt in midway through (or the week prior, depending on which concussion specialist you believe). Miami has talent and is good, quarterback dependent.

The Patriots have also had a rotation at quarterback thanks to injury, but it is harder to tell what to make of it. Bailey Zappe was 2-1 as a replacement starter. Mac Jones is 2-3 when giving him an L for the game in which he was pulled. Jones is also dead last in the league in interception rate and on-target percentage. He has not played the position well this season. Yet New England is 4-4 and has a very good defense, making them a unique case in this otherwise dominant division. Are all four teams in the AFC East playoff caliber?

NFL Over Reaction to Week 8

How should we view this division playing out the rest of the way? Can the AFC East get three or, dare I say, FOUR playoff teams? Unlikely, but I’m saying there’s a chance.

It seems obvious Buffalo finishes first. I also think New England’s quarterback troubles are going to be too much to overcome. The defense has looked great, but there are pretty much zero difference-makers on the offensive side of the ball. Sadly, I feel similarly about New York. I could see both teams fading out of the playoff picture in favor of competitors in the North and West.

Miami is a different story. Sure, the Dolphins have the worst point differential of the batch, but what is this team with Tua under center? They are explosive, frightening, and hard to defend. They also have a pretty easy schedule the rest of the way, especially if San Francisco and Green Bay continue to falter. If they don’t get swept in their three-game burst of road games from Weeks 13 through 15, I think this team gets to 11 wins and makes the playoffs. Defense may win championships, but offense…wins 11 games and makes the playoffs.

This NFL season is not about offense, because offenses have been so inconsistent they are borderline unreliable across the league. Offense is not what is getting any of the AFC East into the playoffs, but I do believe three teams qualify. The defenses in the East are excellent. All of the Bills, Jets and Patriots are ranked in the top 10 in turnovers. Miami and Buffalo are tied for 3rd in points allowed, while New York and New England are tied for 10th. Needless to say, these four teams are winning because of their stellar defenses.

Buffalo is far and away the best team in the entire NFL because it also has a stellar offense. Miami has some great players on offense, as do the Jets. New York’s quarterback has played all wobbly with his training wheels off, so knock them down a peg. Tua has the Dolphins poised and steady, but the team looked like a shell of itself without him on the field. That makes me question their longevity going forward. I won’t get back into the mess that is New England’s quarterback room, because it’s secondary to the real issue. That offense lacks playmakers and they will not be making the postseason.

With the Bills notching at least 14 victories, Miami riding home with an easy 11 wins, New York grabbing its own 10 victories, and New England stumbling home with 9 of its own wins, the AFC East will have a strong argument for best division in football. I believe the Jets’ offense calms down and finds the balance it lacked in Week 8. Their defense is going to win them double figures and that will be enough for a wildcard spot this season. No such luck for the Patriots, but when your last place team has a winning record, you’re a pretty darn good division.

I’m ruling New England out of the playoffs for now, but there’s a chance that nine wins is good enough. The Chargers and Bengals will be right there with 9 or 10 wins and the margin for error is slim. Yes, I just ruled out Denver, Indianapolis and Cleveland. No, I don’t believe the Patriots actually finish ahead of both Los Angeles and Cincinnati. But I’m saying there’s a chance for all four members of the AFC East to make the playoffs, something the NFC East has no hope of achieving. Sorry not sorry to Washington.