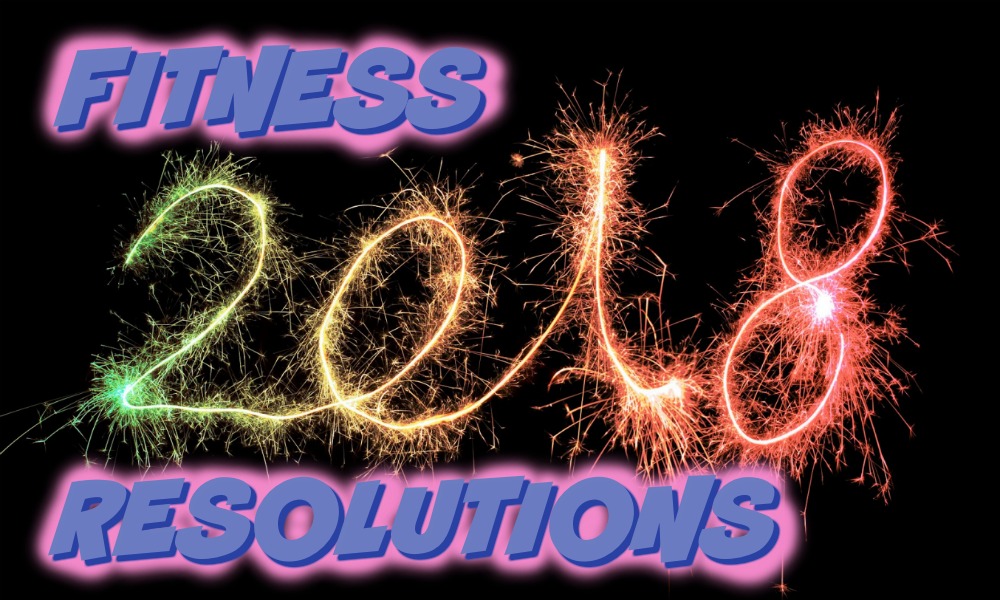 A lot of people slow their fitness down big time to end the year. Do not be one of those people. It’s easier than you think to keep your routine going and kick start your Fitness Resolutions for 2018!

It’s hard to believe there is only two and a half weeks left in 2017! A lot of people slow their fitness routine down big time. Do not be one of those people. It’s easier than you think to keep your routine going and just as easy to kick start your Fitness Resolutions! Let’s break it down and conquer the new year together!

Start your fitness resolutions now! Starting your resolutions on January 1st is literally what everyone else does. They take these last few weeks off and restart at the beginning of the year. That makes absolutely no sense to me. You are forming a habit of zero exercise and then attempting to jump up to 100. Start them now by not taking off these next few weeks. Get to the gym, go for a run, do a circuit, and stay active at least twice a week.

ALSO ON BUZZCHOMP: How To Have The Best Christmas Ever!

Hold yourself accountable. I’m going out of town for the holidays, but I’m bringing my workout clothes and running sneakers. There is no way I’ll be gone for ten days and not work out. I want to run as much as I can, but I know the weather will be the deciding factor. So I’m creating options! If I can’t get outside, that’s not going to stop me from working out. I won’t let it!

Practice mindful eating. There are so many yummy treats to indulge in during the holidays, but that’s no reason to go off the rails. I know that eating unhealthy can bog a lot of us down. It can make you not want to workout, so I make sure I’m still practicing mindful eating. Just because it’s the holiday season doesn’t mean you have to indulge 24/7. You can save that for those few special occasions.

Cardio Without Leaving The House – Great Deals On Treadmills Here


Write down your fitness resolutions now! It’s never too early to decide what you’re working toward. Write them down now! If you put them out into the world now, you’ll be more inclined to start working on those fitness resolutions now! It will also give you a sense of how you want to tackle those goals! One of them could even be working out during this holiday season.

Make a goal to accomplish before the end of the year! Make a goal right now! My goal is to get in as many runs as I possibly can. I know that I won’t run the first day I’m on the east coast and I won’t run on Christmas, but every other day is up for grabs! I have eight opportunities to get out there and run. My plan is to run at least five out of those eight days, but obviously all eight would be amazing. We will see how cold it gets!

The secret to kick starting your fitness resolutions is to be completely mindful and honest with yourself. I strongly believe that you don’t have to wait until January 1st to start your resolutions. You can start them today! Even if you’re not at full speed, it does not matter. It’s the act of preparing yourself for them and working towards your goal that matters most. How you finish the year will define how you begin the new year. If you’re working out right up until New Years day, you’ll be more likely to get your first amazing workout in on New Years day too!

Connect with our Writer