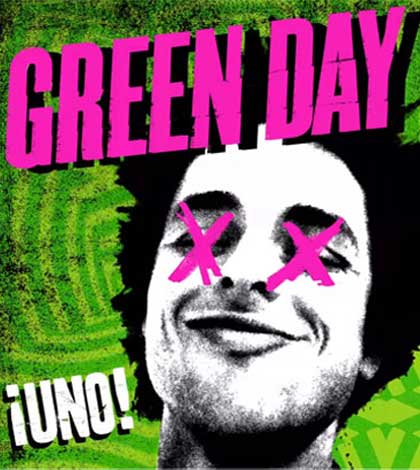 We’ve all heard of a ‘trifecta’. In hockey it’s called a ‘hat-trick’. In baseball it’s dubbed the ‘triple crown’ and in the Music Biz and Hollywood they call it a ‘triple-threat’! Green Day is that triple threat!

Let’s dig into this shall we…there are three official members in the band. They have released three separate video albums, Bullet in a Bible taking the number one spot on the US Video Charts, two of their CD releases — American Idiot and 21st Century Breakdown –(both released as concept albums…just when you thought that format was dead and gone) took the number one spot on the US Album charts. (Do you see a pattern forming here?) They have conquered the great-white-way by having American Idiot produced as a highly successful Broadway musical. They’ve even created, and released, an album of retro-tinged, garage-band, rockabilly tunes under the pseudonym “Foxboro Hot Tubs” …and they are not done yet!

As Green Day gets set to release three separate CD’s, each a month apart, the first titled Uno has already dropped. Of the remaining two in the trilogy, Dos hits stores November 13th and Tre launches December 11th. Green Day find themselves in the unique situation of having every base on the musical map covered and yet still having to prove themselves to the masses. I mean, seriously? Can one group really have that much accomplished and packed into one resume and still have haters? Sadly, folks today’s musical landscape is just that fickle!

Throughout Uno, we find the band in fine form, leaving behind the continuous storyline in favor of brief, two-and-half-minute gems! The songs are crafted with heavy layered guitars-not distorted-but loud, with a stout bass-and-drum attack as only Tre Cool and Mike Dirnt can deliver. The song subjects vary; from hanging out, to hooking up, to just letting go. And they are all pure Green Day. It’s amazing, to this writer and musician, that using simple chord structures and under-complicated lyrics can produce such genius!

So, after 25 years in-the-business, the boys in Green Day are now eligible for induction into the Rock-n-Roll Hall of Fame (hard to believe huh?) and they are still in their prime releasing strong, relevant records. Can there be more in their future? Oh yes, my friend there is…triple threat indeed!