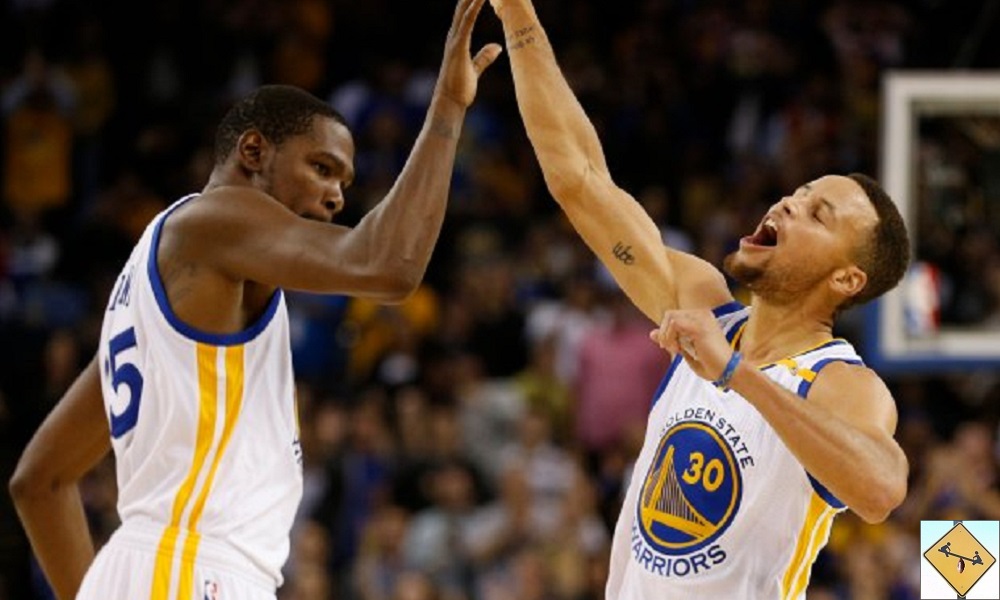 With a historic undefeated NBA playoff run to their second title in three years, the 2017 Golden State Warriors are officially the best team ever. That’s how the story would have gone. But it did not. Sports debate.

It is possible that just one game remains in the 2016-17 NBA season? The Golden State Warriors hold a 3-0 lead in the NBA Finals over the Cleveland Cavaliers. Sweeping the Finals isn’t the only thing on the line though. Despite being without their head coach for much of the postseason, the Warriors are on the precipice of accomplishing something that has never been done in NBA history: going 16-0 through a single postseason.

Golden State currently sits at 15-0 after trouncing pretty much every opponent along the way. Only a couple of games this entire playoff have even been close, including game three against Cleveland. Completing the 16-0 run would undoubtedly be crazy impressive and put Golden State in the discussion for best teams ever. It also begs another question.

The former is a smaller sample size but against the most elite of competition. The latter is sheer dominance over an extended period of time, though occasionally against weak foes. Neither had ever been accomplished before this iteration of the Warriors, though previous teams came close.

I feel like the postseason accomplishment is more impressive, and here’s why. It is about more than effort and desire. There is a pretty plausible argument to be made that no one had ever broken the regular season wins record before because no team had ever wanted to try. The thought was that playing for such a goal would distract from the ultimate goal of winning a championship. Tiring out your best players for a 73rd win wouldn’t be prudent when 16 more wins were needed for a ring. Heck, the San Antonio Spurs under Gregg Popovich throw away a chance at 73-9 before the end of December most years with how often they rest and rotate their best players in and out of the lineup.

Some even argue to this day that Golden State lost the 2016 championship in a seventh game because it was worn out from the regular season quest. Stephen Curry specifically seemed banged up and worn down last year.

There is no comparable reason why any franchise would not attempt to win every playoff game. For that reason alone it seems more impressive to me. I feel like the small sample size of the playoffs cancels out with the better competition. But since fewer clubs would even be attempting 73-9, 16-0 is the better record. Everyone is always gunning for it each and every season, yet no one has ever gotten there.

Good thing we’re not Golden State Warriors fans, or this would certainly be considered a jinx. Since we aren’t Cavaliers fans either, no one can accuse us of attempting to stop this juggernaut with mystical internet magic. In fact, nothing can stop the Warriors juggernaut. Not even King LeBron James himself. It has been decided. Cue the conspiracy theory music if you like, but this Golden State team is the best in NBA history and possibly the most dominant team in all of American sports.

I really wanted to disagree with you in terms of an undefeated playoffs run. The regular season is infinitely longer and comes with many more road blocks and challenges, but Golden State was not undefeated in the regular season. They simply got the best record ever last year. Being undefeated is always more impressive. Whichever team wins the Super Bowl is always undefeated in the NFL playoffs, but we can still tell how dominant they are. Only the undefeated Miami Dolphins and 19-1 New England Patriots are close to these 2017 Golden State Warriors. Those teams ran straight through their respective leagues. This Warriors team is making basketball boring, because they keep blowing out every single opponent in the playoffs. They are THAT good and that dominant.

When Golden State completes the sweep and seals their undefeated playoff run to a second NBA championship in three years, they will go down as the greatest team ever. In all of sports. This is not surprising, however. The Warriors added one of the top four players in the NBA last offseason AFTER having the best regular season record in history and nearly winning their second straight championship, if not for pomp and circumstance. It’s easy to forget how great Kevin Durant is, because he’s playing behind Stephen Curry. This team is so good that its destroying people without its head coach. Its making LeBron James look pedestrian and completely marginalizing his impact in the game. If LeBron is number one, then we’re learning that two and three trump one and six. Yet we likely need to change our order once this NBA Finals concludes. LeBron can no longer be number one.


Since Golden State made every team look silly, what can we expect next season? The San Antonio Spurs were going to push them to the edge, until Golden State eliminated their best player by injuring him. Does this mean the Spurs can truly challenge the Warriors in 2018? Do we hand Golden State next year’s title too? This dynasty is crazy impressive, but its making basketball a trivial affair. The Warriors are going to win.