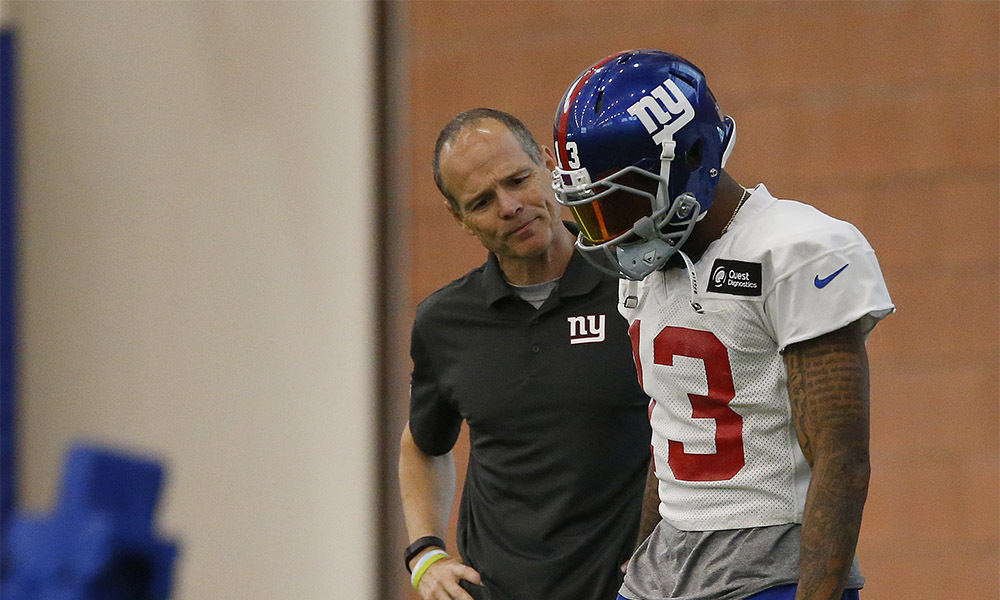 Odell Beckham Jr. reportedly wants a new contract. The New York Giants want him to report and play for the deal he is signed to. Both sides have a case. Both are right.

New York Giants wide receiver Odell Beckham Jr. has been absent from voluntary organized team activities this month. Reports are now coming out that the reason he is skipping team activities is because of a desire for a new contract. The Giants have since said that they have yet to discuss an extension or new deal for Beckham, but hope he will be a Giant for life. It all seems to force people to take sides, backing either the player or the team. However, in this case, both sides are in the right.

First Odell Beckham. The young man has every right to skip voluntary team workouts. He shouldn’t even need a reason. They are voluntary. He receives no bonus for attending. He is not required to attend. That’s the end of that. He also has every right to request or even demand a new contract, if that’s even what is going on.

No one in Odell Beckham Jr. camp has admitted it, but his absence from OTAs is directly related to his desire for a new deal, per sources.

ALSO ON BUZZCHOMP: Gregg Popovich versus the NBA’s Top Players

ESPN first reported that Odell Beckham was holding out of OTA’s to get a new deal. No one from Beckham’s camp has made any such declaration or even clarified such a belief, though. And OBJ himself has said nothing on the subject. “Sources” indicate this is what Beckham is doing, though if the source is no one within the player’s circle, how reliable can that report even be?

Nevertheless, taking Adam Schefter’s news at face value, OBJ can want a new contract because he has certainly outplayed the one he has. Beckham is arguably the best wide receiver in the league and, at worst, a top three player at his position. Yet he is still on his rookie deal, paying him just $1.8 million this season. That amount is hardly representative of his value.

But the team is not wrong here either. Team president John Mara said in a fan town hall that the organization has not yet discussed a long-term deal for its top player. You know what? That makes sense! The dude is not only under contract for 2017, but he is also under contract for 2018 after the team picked up his fifth-year option. Two years away from free agency is no time to renegotiate when a team is not flooded with salary cap space.

The $1.8 million mark is obviously a bargain. It is one of the best values in the sport outside of quality quarterbacks on rookie deals. Tearing that up for a new contract that pays OBJ what he is worth would be a terrible business decision for New York. It may be smart overall to make its top player happy, but sometimes players have to play for less than they’re worth.

Players always seem to get screwed over in NFL negotiations. Their contracts aren’t fully guaranteed to begin with. Beckham won’t be forced to play if he wants to kick this up a notch. He has the ability to holdout for longer and make a strong case for a new deal. However, the team is unlikely to give in with him so far away from free agency. It’s just one of those things. The player can be correct in his assertion of his value. And the team can be right in its decision to do nothing about it. We expect a happy ending none the less.