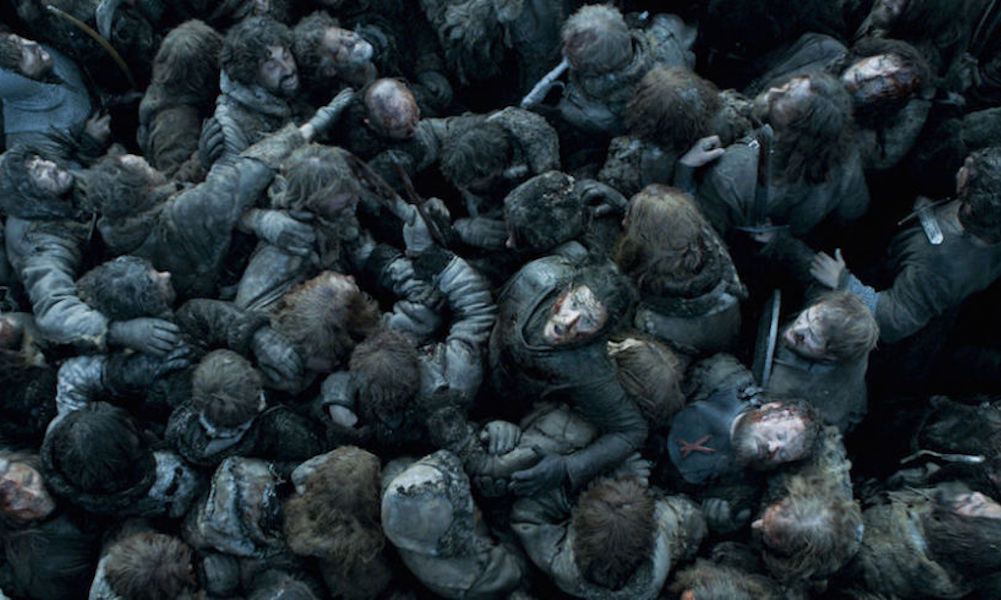 Dragons are valuable in war. Who knew?! The spoils of Drogon’s attack remain up in the air though. Who will be pronounced dead as Game of Thrones season 7 continues? We are playing Game of Thrones Mortality Pool!

Jaime Lannister fell into a deep pool wearing full metal armor. He has only one hand with which to swim. His other is also made of metal. All signs point to him dying, but that would be a pretty weak way for the Kingslayer to go out. The show left us with a rare cliffhanger, as both he and Bronn faced possible death in their matchup with Dany and Drogon. I could see the wait being delayed another week as well, since Dany’s story may not advance this episode as we travel to The Wall. That would be a rude move by Game of Thrones, but it feels possible. Some deaths are obvious. Others take time to marinate.

Todd Salem: I think I was a week too early with my Tormund pick. I am doubling down this week as we venture back to The Wall and likely see the wildlings battle the white walkers. Maybe Tormund survives the encounter, but it’s possible nobody survives. That’s why I am also selecting Eddison and Robett-Don’t Call Me Robert-Glover. At least two of these three perish if a full-on white walker war breaks out at The Wall.

Lastly, I threw a late pick Bronn’s way (outside my top three). Maybe he doesn’t drown or maybe he isn’t in this episode, but once he resurfaces from the water, I find it hard to believe Dany will keep both him and Jaime alive. Bronn doesn’t do her any good alive.

Dan Salem: I’m going in the opposite direction with my death picks this week. Since Game of Thrones season 7 is such a short season, they are playing up each and every cliffhanger. I don’t foresee many deaths at The Wall or at Eastwatch this week. Instead, the Tarlys will find death a blessing. Dany takes out both Dickon and Randyll, leaving Sam as the heir and head of his house.

Meera Reed also feels destined to die. She is traveling by herself through the north. Meera will not survive the journey. If she dies, but then becomes a white walker and fights for the Night King, does it count as a death? We may find out.

Mandi Mellen: Since this episode is focusing on the wildlings and Eastwatch, there will be an all out battle with the white walkers! Its Tormund’s time to die, after many close calls. I picked a few other northern men to meet their end as well. Its time.