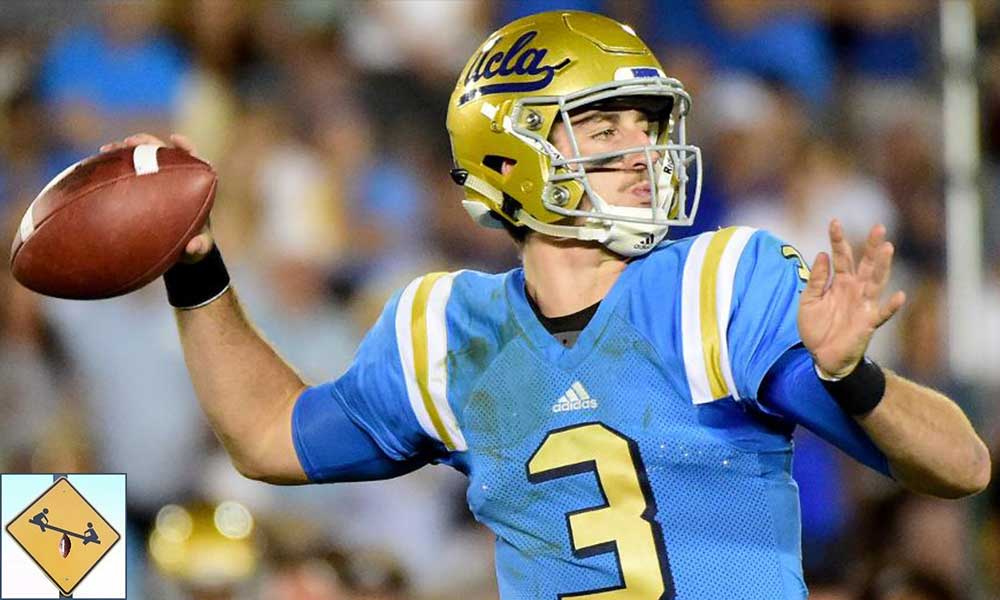 Heisman Trophy 2017 odds heavily favor quarterbacks, but there are amazing bets at other positions! Just pick a top-tier team and you have a top pick. College Football is simple.

The top 25 of college football is filled with blue blood programs. As a somewhat expected offshoot of that, the race for the Heisman Trophy this season seems to be filled with big names as well. Last year, Lamar Jackson ran away with the Heisman. He returns to college in 2017 and suddenly finds a very crowded field, of which he doesn’t even lead the way.

Jackson himself is a prime example of a Heisman winner coming out of the woodwork to take home the hardware. The preseason favorites very often flame out or slink into the scenery of the season. Yet that feels unlikely this season if for no other reason than too many guys are all bunched together atop the hypothetical Heisman podium.

USC’s Sam Darnold is the favorite for the Heisman Trophy 2017, followed by Oklahoma’s Baker Mayfield, Jackson, J.T. Barrett, and Deondre Francois. One of the supposed dark horse Heisman contenders was Auburn’s new quarterback, Baylor transfer Jarrett Stidham. His odds opened at 50/1 but were quickly bet down to 15/1. There seems to be no such thing as a dark horse this year.

I suppose that is good for the sport. Having just a few star players to observe leaves the sport at the mercy of those lone players to perform. Of course, no casual fan would consider all these guys stars by any means. If anything, the proliferation of college offenses has over-inflated the value of these quarterbacks. The first non-QB on the Heisman projection list is Saquon Barkley at 10, yet his team’s quarterback isn’t too far behind.

I know I made a mini speech about how the preseason favorites will probably win this season, but that’s no fun. And QB’s always win this, but they don’t have to! That’s not a requirement. Looking down the odds list, I see a couple of 100/1 so-called long shots that look like great bets for 2017. The first is Alabama wide receiver Calvin Ridley. He is one of the few receivers in the country who could outshine his own quarterback. Another is Oklahoma State’s James Washington, also at 100/1 odds. And finally, since not picking a QB would be shortsighted, I would throw a wager at 100/1 for Houston’s Kyle Allen. Allen transferred from Texas A&M and into one of the best offensive systems in the country. He sat out last season but still has that elite pedigree and can now put up numbers out of the spotlight. It probably won’t be enough, playing at Houston under a new head coach, but at 100/1, why not!

The last player to repeat as Heisman Trophy winner was Archie Griffin in 1974 and 1975, so we can safely remove Lamar Jackson from the discussion. His current odds to win are 10-1, but unless his season is far and away better than the competition, Jackson is not winning.

Furthermore, in the last ten years a quarterback has won the Heisman Trophy eight times. Take a look at the list via Sports Reference. The other two winners were running backs. Stretching things back over the last twenty years, a running back has won the award five times. Every other winner has been a quarterback, with the lone exception of Charles Woodson in 1997. There have been zero wide receivers to win the award in twenty years time. You can take those 100-1 odds, but let’s be serious here. The best bets are on the running backs, or long shot quarterbacks.

Since a quarterback is most likely to win, I like UCLA quarterback Josh Rosen who is currently getting 20-1 odds. The Bruins had a very good season last year, meaning a continuation of their success bodes well for Rosen and his Heisman Trophy chances. In the non-quarterback realm, I’m looking at LSU running back Derrius Guice with 25-1 odds at the moment.


Use our handy guide to pick your best bets for the Heisman Trophy 2017. First identify a top-tier team from a power conference that you think may overachieve this season. Then choose that team’s running back or quarterback. Simple and effective. Hence UCLA and LSU being solid bets. I mean Sam Darnold is also a great bet to win the trophy, but with 5-1 odds he isn’t an attractive wager.