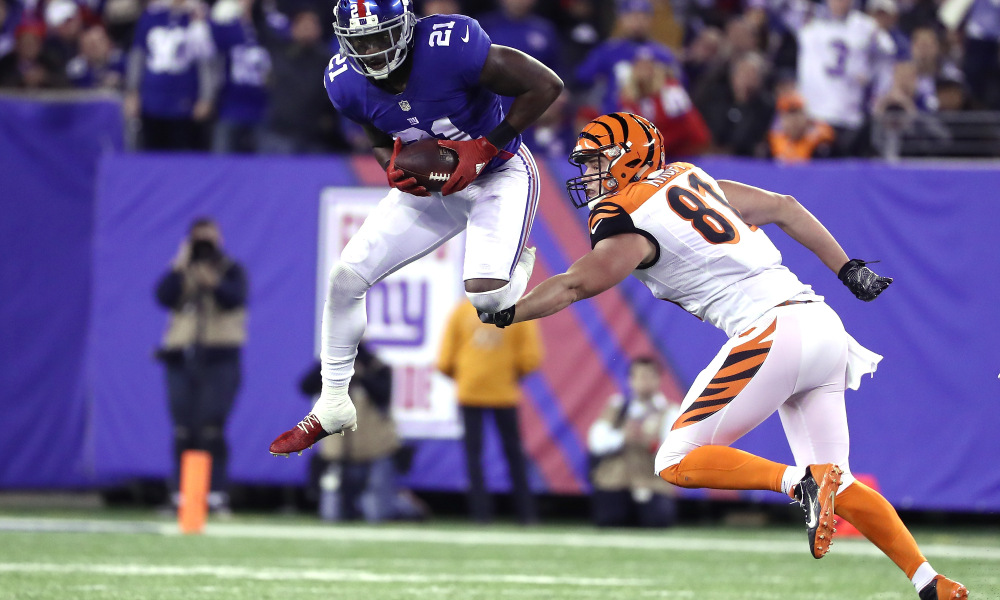 Thanks to star talent and some intriguing depth, the New York Giants rank second in the NFL in under-25 talent this season.

The New York Giants feel like they are on the rise. They won 11 games last season, have had useful draft classes, and are backed by one of the best defenses in the NFL. The numbers seem to back up this sentiment. According to the statisticians over at Football Outsiders (with the article delivered to ESPN.com Insider), the Giants rank number two in the league in under-25 talent.

Age 25 is an arbitrary cutoff point, but it is a square number that folks like to use. If it was best talent age 26 and under, the Giants could add Olivier Vernon and Justin Pugh to their talent pool. Based on this threshold, New York boasts a couple of star players, as well as a number of other intriguing guys.

Odell Beckham Jr. is still only 24, despite dominating the league for three years running. Landon Collins broke out last season and is just 23 years old entering 2017. Elsewhere, young guys for New York are already full-time players who could be primed for their own breakouts. Sterling Shepard is 24 years old, Eli Apple is 21, and the free safeties are 23 (Darian Thompson) and 24 (Andrew Adams) respectively. Everyone is high on Paul Perkins (22), Evan Engram (22), and B.J. Goodson (24) as well.

As the Football Outsiders (FO) article points out, the Giants would likely be number one if their young offensive linemen were better. Ereck Flowers, a starting left tackle in this league, is 23 years old. That should be an amazing asset to have. Instead, it leaves all Giants fans terrified. Bobby Hart, on the right side, is just 22 years old. These players are not building blocks, however. They are question marks.

Interestingly, and perhaps incorrectly, FO also sites Apple as a reason New York finished second instead of first on this list. The numbers indicate Apple was poor at corner in 2016, yet that feels misguided. It doesn’t account for his inexperience, nor his pending improvement this season. Any team would be elated to have Apple as its third corner.

As for who is ranked first, that would be the Dallas Cowboys. With their young offensive talent at vital positions, it is hard to argue. One wonders what the decision would be, though, if FO had more regard for Apple as a starting-caliber player.