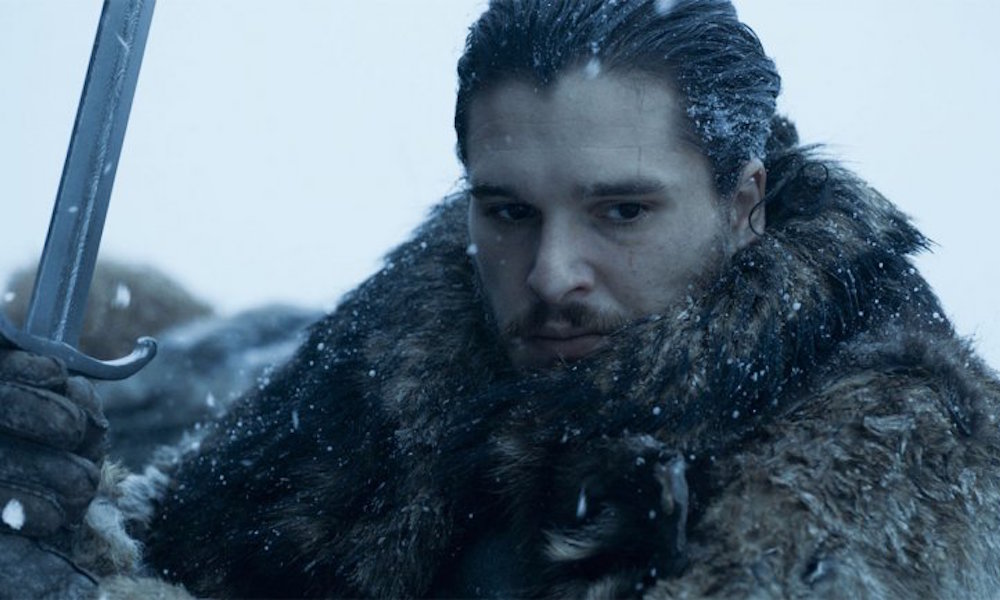 Heroes are joining forces as the great cold death awaits all life beyond The Wall. There is no telling who will survive as Game of Thrones season 7 continues. We are playing Game of Thrones Mortality Pool!

Episode five offered a few big reveals, though few deaths to capitalize on. Jon Snow may not be a bastard after all. So that’s fun if anyone cares or ever becomes aware of such legal inner-workings. It seems weird that, in a land where murdering people is a perfectly valid way to claim the throne, anyone will care about an old annulment, but here we are. Sam Tarly also became the head of a major house, though no one bothered to tell him before he split. Those are side stories to the trip beyond The Wall, though. Finally, something is happening beyond The Wall. We have been expecting it for weeks now, and Jon finally took his band of merry men to go capture a white walker. Surely what lies beyond The Wall is death and lots of it.

Dan took a major lead on the pack with 12 points.
Todd and Mandi have some catching up to do, with 7 and 5 points respectively, in Game of Thrones Season 7.

Todd Salem: Last week was a bad job by me. I completely forgot about the Tarly’s predicament, instead caught up in what would happen to Jaime and Bronn. I also overshot the havoc beyond The Wall, guessing one episode too soon. Now I am out of options on Tormund, even if he falls in this episode. Thems are the breaks.

I can still double down on everyone who ventured past The Wall, though. And that is what I am going to do. Maybe I am completely off-base on my expectations, but I feel like week six is simply going to come down to confidence ordering of who dies against the white walkers. I exclude Jon, for obvious reasons. I lost Tormund. Jorah can’t die one episode after returning to Dany. I am also dropping Beric Dondarrion because the dude can’t die…unless this was always his purpose…? Gah, now I don’t know what to do!

Dan Salem: The battle beyond The Wall is finally happening, and I believe Beric’s destiny is to use his flame sword to finally show us how fire can defeat ice. But he will ultimately die at the hands of ice, the only thing that can kill him once and for all. I also foresee Gendry and the Baratheon bloodline ending.

My final top pick goes to Ellaria Sand, because I do not believe Cersei sits around idling without killing someone. She may be ‘partnering’ with Dany in the fight to save Westeros, but her bloodlust will not go unserved. The final Sand Sister meets her end.

Mandi Mellen: Thoros is just a priest and he’s done bad things, so if anyone is going to die beyond The Wall, my money is on him. Grey Worm is so close to Dany and we haven’t seen him recently. He has to pop back up and is a total wildcard in the battle for the Seven Kingdoms. Finally, I tossed another death on our party venturing beyond The Wall. Multiple people are going to get it! Gendry feels expendable.