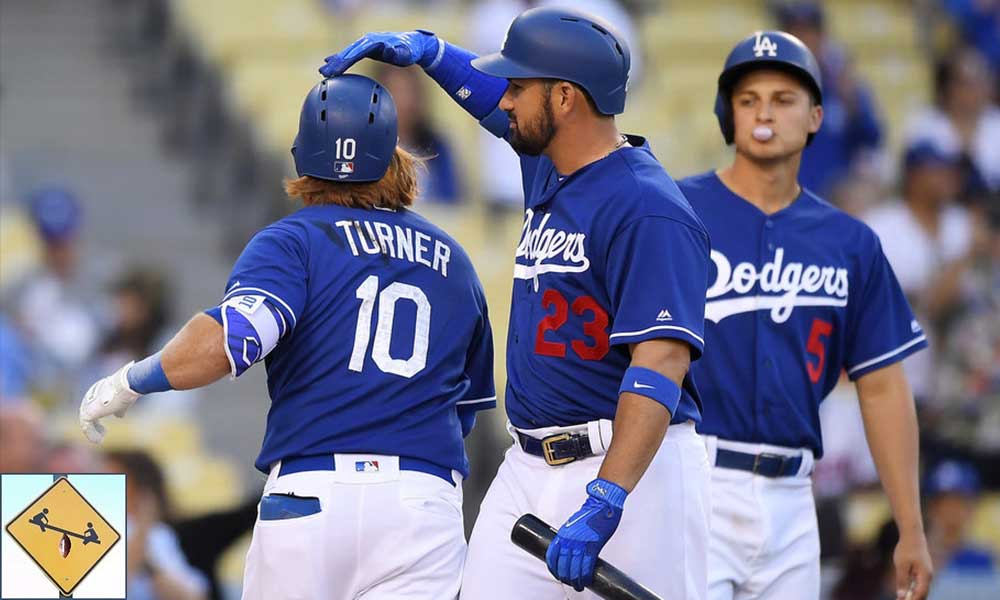 Which team is the best divisional matchup for the Los Angeles Dodgers? Can we trust regular season results?

Earlier in the week, we established the top 10 teams in baseball heading toward the final six weeks of the regular season. There appears to be universal agreement that the Los Angeles Dodgers belong at number one on the list. Not only is LA the heavy postseason favorite, but it has a chance to set the MLB all-time wins record. And that’s after this squad started the season 15-14! It has been incredible to follow. But the Dodgers can’t cruise to the World Series without defeating some tough squads, which begs the question: if they were allowed to choose their divisional round opponent, who would they want to face?

The Dodgers are not allowed to choose their Division Series foe. They will face whichever team wins the one-game wildcard playoff. The interesting thing about this season is there is a very good chance that team has a better record than the NL Central division winner will. LA can’t swap out its opponent, but if it could, who would the matchup be against?

Arizona and Colorado lead the way for the NL wildcard spots. Both teams have already won 67 games apiece, giving them the fifth-highest total in all of baseball. Arizona has an elite run differential; Colorado has an elite offense (thanks to Coors Field, but still). Neither of those opponents look like very much fun. But the lingering NL Central winner could be the Chicago Cubs: a team that many expected to be in Los Angeles’ current spot prior to the season. Would you trust Chicago’s play thus far or be scared away by their playoff potential?

The playoffs are a different beast than the regular year. Rotations shrink. Bullpens become more important. Benches become less important. However, Chicago was actually built for the long haul, with a deep bench, multiple lineup arrangements, and an extended starting rotation of arms. So why the struggles during the year? We still can’t pinpoint it beyond saying everyone is playing slightly worse than expected. But would LA bank on that continuing or try its luck with a youngish Arizona or Colorado team? It’s an interesting debate.

I would personally rather face the Rockies if given the chance. I think their pitching is winning more than it should, with an endless supply of rookies who won’t hold up the same during the rigors of postseason ball. They are also outperforming expectations more than other NL clubs, something that may continue or could falter down the stretch as the sample size grows. That’s not a huge knock on them. It’s more that the other opponents are more talented and more fearsome. Los Angeles may be on the precipice of making history, but it isn’t in an enviable spot entering the playoffs.

I’ve been very impressed with how the Los Angeles Dodgers have maintained their level of dominance throughout this season. Los Angeles currently has a +214 run differential, over 50 points higher than the next closest team in baseball. That team is the Houston Astros. If the regular season means anything, then the Dodgers will easily defeat their divisional round opponent. But which team offers them the best matchup?

The Cubs have a winning record both at home and on the road. I think it’s a good thing that the Dodgers will not face them in the first playoff round. Chicago seems dangerous and could become unbeatable at any moment. I don’t trust their regular season mediocrity. They have the experience of winning it all last season. Both Arizona and Colorado hold losing records on the road, so we must dive deeper to determine the best opponent for Los Angeles.

Colorado seems like the better matchup, especially since Coors Field skews all of their numbers in the team’s favor. Is that why Arizona is behind the Rockies in every hitting category, or are they simply better? But ultimately its pitching that always wins in the postseason. That was a long way of saying that you are correct. Arizona is way ahead of the Rockies in opponent’s batting average and strike outs. A weaker pitching staff will give the Dodgers a major advantage, since they lead the league in pitching themselves.